Happy Women’s History Month, y’all! Much like every history month in the calendar year, this is a time for us to look back on all we’ve learned about the world and find the big, gaping holes where people who look like us belong! This March, I want us to embark on some serious herstorical journeys through time, but I simply cannot condense the immense herstory of America into one post. That’s why instead, I’m gonna condense everyone else’s pieces about women’s history into one post! From online articles to archives to physical books you can hold in your hands (something that was quite a pastime in the good ol’ days, I hear), these are my recommended readings for a solid glimpse into the extent of women’s contributions to this fine, crumbling nation.

All Around the World Wide Web, Statues Crumble for Me

+ The Way We Were Herstory Issue is um, totally amazing. Were you here for that? Maybe make sure you catch up on the stuff you missed or just voraciously consume it one more time! Also, we have an entire treasure trove of herstorical information for you here at Autostraddle Dot Com because we really care about you. 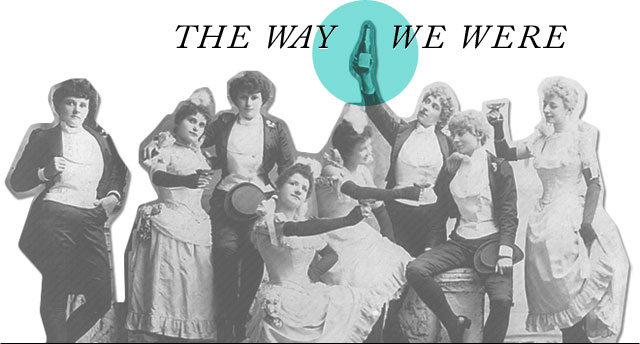 + Here are the notes from our lesson way back when on the herstory of Women’s Studies.

+ We also have a literal archive of herstory posts! I would recommend starting with this piece on badass blacksmiths, Laura’s herstory lesson about comets and Caroline Herschel, my look back at the women who risked it all for the right to vote and the women who have shaken things up by running for office since, a glimpse at some radtastic Black lesbians, the mega-post of LGBTQ Black women you should know about, and these ten unstoppable women through time. 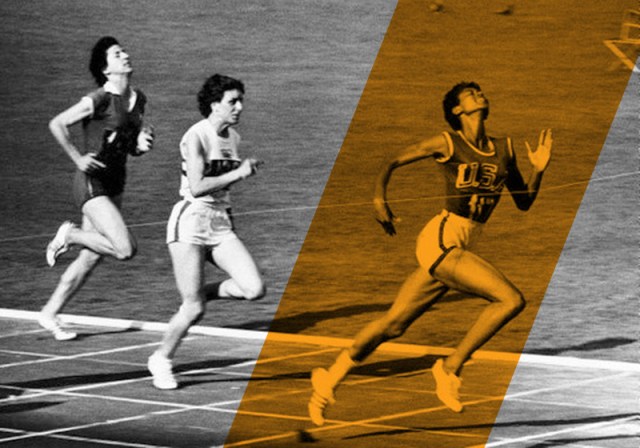 + Also, just saying that before Rebel Girls there was Idol Worship. If you’ve never found yourself awestruck by the women before us and the ones blazing trails alongside us now, you’ve probably never read it. Go catch up!

From the Ether of the Internet

+ History, Bitches feeds you bite-sized herstory lessons from around the world on the regular. Just saying.

+ Take some Adventures in Feministory with Bitch magazine!

+ The Feminist Majority Foundation’s Founding Feminists column offers feminist history lessons in an “on this day” format, which is one of my favorite formats. From suffrage to the fight for birth control to the Equal Rights Amendment, archivist David Dismore has all the intimate details about our foremothers and their trials and tribulations. (Full disclosure, I work at the FMF and publishing this column is on my to-do list every single blessed day! But honestly, this stuff is just awesome and I hardly even put my own magical touch on David’s work so la la la!)

+ Feminist.com once urged us to Remember the Ladies. I will never forget the ladies.

+ Black Trans History is Inspirational at TransGriot is inspiring, turns out.

+ EBONY magazine’s website has an entire section devoted to their take on Black History. But more importantly, Vintage EBONY is a thing I can’t make my eyeballs stop looking at. 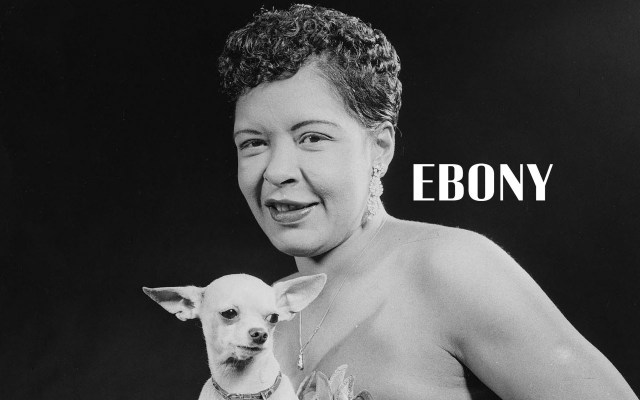 + If Idol Worship didn’t satiate you, go get InspiHERed By someone cool at ElixHer.

+ Rachel really liked The World Split Open by Ruth Rosen when she was 19.

+ Carolyn recommends “Lillian Faderman anything.” The following books are also recommendations of Carolyn’s, who is a genius:

+ If you’re looking for a general overview, try doing it alphabetically with A to Z of Women Worldwide and Rad American Women A to Z. One is maybe a children’s book.

+  Also, I love memoirs and biographies and this is the best month to read one about a woman! I’ve loved every Laura Ingalls Wilder book ever, was deeply moved by Living History, and straight-up melted when I read Love, Janis. Also, there’s some badass novels and memoirs by LGBTQ Black women you could pick up and change your life by reading any day now.

+ Well-Behaved Women Rarely Make History, and this book explores who those poorly behaved women who did really were.

+ If you’re into societal rebels, which you might be since you read this column, grab a copy of Wicked Women and explore the notoriously badass bitches of the wild west. Also, I heard y’all are witches or whatever so! You might as well buy Six Women of Salem: The Untold Story of the Accused and Their Accusers in the Salem Witch Trials.

+ Dedicating the inclusion of Women Drummers to Stef Schwartz, also your fantasies.

+ Women’s History Magazine. A thing that exists! Get double the pleasure, double the fun by checking out HerStoria magazine as well. 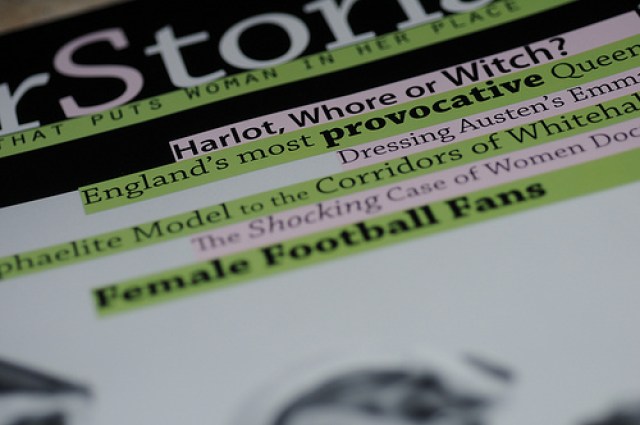 + Our Trans Editor Mey recommends reading this zine: STREET TRANSVESTITE ACTION REVOLUTIONARIES: survival, revolt, and queer antagonist struggle. So do it! If you’re like me, you’ll fall into a feminism rabbithole on ZineLibrary and never escape, and that’s okay too. Tons of herstory in there, and it’s the kind that’s really good for you!

Watching these documentaries and movies is like binge-watching Netflix, but in a way where your understanding of the world is completely changed.

+ The Punk Singer is a documentary about Kathleen Hanna. You’re already sold, right.

+ I love The Black Power Mixtape because Angela Davis is my heart.

+ Iron-Jawed Angels is like if all the sanitized stuff you read about suffrage in school was twisted around and spit back out covered in hellfire. It was one of the most powerful things I’d ever consumed about the movement for the women’s vote, and it told the story more accurately than anyone ever had for me before. Also, there is a book I haven’t read that probably goes well with it, like milk and cereal!

+ Women in History! Women in Space! Women in War! Women everywhere! Must be Makers: The Women Who Make America on PBS.

+ You should watch Pay It No Mind: The Life and Times of Marsha P. Johnson right meow. No like literally, here it is!

Check This Sh*t Out

+ The Trans Oral History Project is the bomb dot com.

+ SPARK is literally putting Women on the Map with a new Field Trip program that makes it possible to track herstory as you walk this Earth: 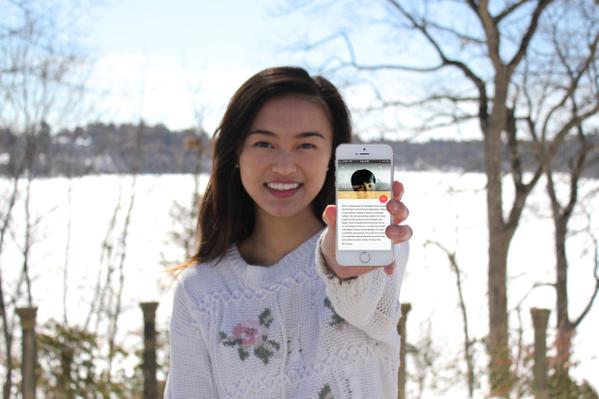 For the past year, we’ve been quietly working on a project that we’re thrilled to finally announce! SPARK has teamed up with Google to put Women On The Map so that wherever you are in the world, you can be alerted about something amazing that a woman did right where you are standing. In celebration of Women’s History Month, we are thrilled to launch this unique SPARK “herstorytelling” project on Field Trip, a location-based app created by Google that recommends unique and interesting places to visit. We have “mapped” more than 100 amazing and impressive women and connected their stories with landmarks and locations significant to their lives from New York City to North Shewa, Ethiopia; from Warsaw, Poland to Xichang, China and dozens and dozens of other cities on five continents.

+ The Sallie Bingham Center for Women’s History and Culture has tons of stuff for you to leaf through, including a digitized archive! And this brief history of zines.

+ Daily reminder that the Lesbian Herstory Archives exists and is always ready to feed your brain.

+ Until the National Women’s History Museum exists in the physical world, you can check out their online exhibits.

+ The National Women’s History Project is putting women back into history.

+ If you’re looking for Amazing Women in History, I think amazingwomeninhistory.com would be a good place to start. 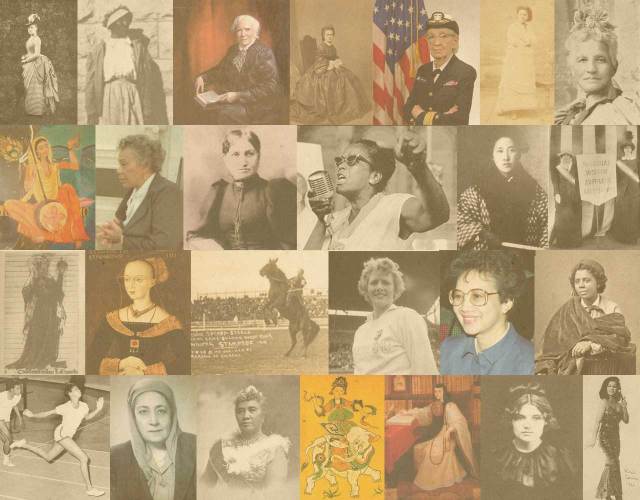 Whew! Okay, y’all. Now it’s your turn to suggest any supplemental readings and also to make me feel dumb about what I forgot! That’s what office hours are for, right?

Rebel Girls is a column about women’s studies, the feminist movement, and the historical intersections of both of them. It’s kind of like taking a class, but better – because you don’t have to wear pants. To contact your professor, email carmen at autostraddle dot com.