I flipped my pages back to where the note was. I read the note.

“my number one feeling is: the heart breaks into small shadows” 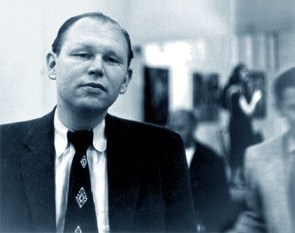 So the heart breaks
Into small shadows
Almost so random
They are meaningless
Like a diamond
Has at the center of it a diamond
Or a rock
Rock.

Deathward we ride in the boat
Broken-hearted or broken-bodied.
The choice is real. The diamond. I
Ask it.

See, she’d introduced me to Jack Spicer over a year prior, when we’d first met and she said she wrote poems and liked them and I asked her for her favorite poets. So I could either pretend to know them or look them up and therefore impress her.

She said: Lorca, Rilke, Jack Spicer. Generally as writers went, she was mostly into dead white guys. Jack Spicer was dead and white but also gay. I’d never heard of Jack Spicer. I found this website and I read all that was there and then maybe found some other things and then I realized that all the feelings in my heart were also in that poem, Billy the Kid.

When madly in love, it read as a desperate, suffocating love poem.

When breaking into small shadows, it read as a eulogy.

I had a dream last night
That I was wrestling with you on the mountainside.
Was it a wet dream?
No I would tell you if it was a wet dream.
It was this poem
Us
I wrestled with you in this poem
And it was not a wet dream.

(from ‘A Poem to the Reader of the Poem’) 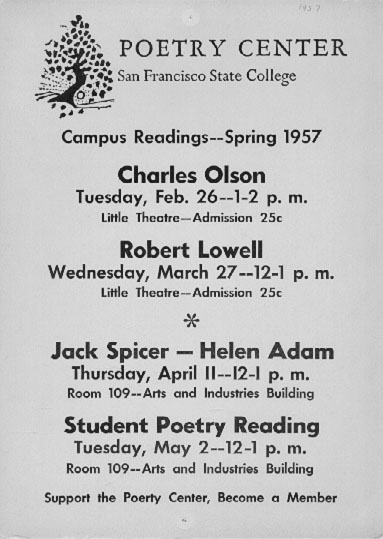 Back then, when we first met and mailed each other letters for fun, because she was afraid if we spent too much physical time together she might eat me alive, I traced my hand onto a piece of paper and fit the words of Jack Spicer’s poems into the fingertips and then I mailed her the paper. It felt like a really poetic time.

For her birthday, I wanted to make her a cake that looked like Jack Spicer. I’d joked that I would and so I had to.

I made it in a Darth Vader pan and drew Spicer’s nose with neon blue icing. Jack Spicer looks like one of the cartoony villans from Dick Tracy. I can’t remember if it tasted good. The cake.

Come to think of it, the day we were on that plane and she gave me that note was the day before her birthday. So one year I was making a Jack Spicer cake with no real intention of eating it (the real intention was, as all things are: love), and by the next year we’d eaten each other alive.

I was still thinking of Jack Spicer well over a year after that fight on the plane when Juan asked me for a quote.

The lemon tree
Could branch off into real magic. Each flower in place. We
Were sickened by the old lemon.

(from “six poems for poetry chicago”)

I felt like I knew what he meant by “the lemon tree could branch off into real magic.” But that there was no other way to say it besides the way that he said it.

This Ocean, Humiliating in Its Disguises

This ocean, humiliating in its disguises
Tougher than anything.
No one listens to poetry. The ocean
Does not mean to be listened to. A drop
Or crash of water. It means
Nothing.
It
Is bread and butter
Pepper and salt. The death
That young men hope for. Aimlessly
It pounds the shore. White and aimless signals. No
One listens to poetry.

No one listens to poetry. The ocean does not mean to be listened to. She’d remind me about this when I felt like nobody was listening. I tried to remember it. I am a drop or a crash of water. I mean nothing. This is where you begin with a life, this is where you kneel into the earth and start scrambling upwards. These are the big ideas we had on the ground.

Sex should be a frightening experience like a dirty joke or an angel.
An unvert must not be homosexual, heterosexual, bisexual, or autosexual. He must be metasexual. He must enjoy going to bed with his own tears.

A great deal of time later I moved into a new apartment with my best friend natalie and her other friend and later on, natalie’s boyfriend peter, and I hung “The Unvert Mainfesto” on the wall. When natalie’s other friend moved out we found this tall beautiful tattooed lesbian, Anna, to move in.

She had darkish skin and dark hair and giant brown eyes that always looked right at you. We were all so in love with her — me, and natalie and peter and also my girlfriend then, alex. We all had crushes on Anna. I can’t explain the way she looked at people but it was a WAY. Anna’s girlfriend had curly red hair and was in a band and lived in Brooklyn.

Anna was studying poetry & theology and so when I asked her about her favorite poets and she said Jack Spicer I nearly died. She was the second person I’ve known to like/know of him — and she had a book! BOOKS! I’d never been able to find a book. I’d looked everywhere for a book!

It was so simple. She went into her room and got a Jack Spicer book and brought it to me and then I had it.

Trees in their youth look younger
Than almost anything
I mean
In the spring
When they put forth green leaves and try
To look like real trees
Honest to God my heart aches
When I see them trying.

Back when I became obsessed I had wanted the books.

My ex had Spicer books, she said. First editions or something. We’d driven to New Jersey (this was in June 2007, and we were on the airplane in March 2008, so this was less than a year before that) to her aunt and uncle’s house, where she had things in storage. A whole house of books. We were going to take them to Philadelphia and sell them to a used bookstore. Except for whatever I wanted.

Rare antiquarian books she told me. But there’d been a flood in New Jersey. Most of her books had been destroyed. Including Spicer. We salvaged what we could and filled the trunk with what books remained and we ate chicken sandwiches and went to Philadelphia.

The used bookstore had closed though. NO ONE LISTENS TO POETRY.

But, you will say, we loved

And some parts of us loved

And the rest of us will remain

Anna, I still have the book. Anna I never gave it back.

I should tell you things about him. The Berkeley Renaissance. A “new kind of poetry” with Robert Duncan and Robin Blaser who were also gay. Wikipedia says they “educated younger poets in their circle about their “queer genealogy”, Rimbaud, Lorca, and other gay writers.”

Jack Spicer was not into being published. He lived where I live right now. Berkeley. I moved here to be close to him and Ginsberg, etc. He died, as so many of our great poets do, from complications relating to alcoholism.

There are so many important things about him as a poet that you could read on Wikipedia or in this interview but I guess none of that ever really mattered to me. I was just thinking about the lemon tree, the ocean, my heart, the shadows.

Deathward we ride in the boat
Broken-hearted or broken-bodied
The choice is real. The diamond. I
Ask it.