In a world full of Westboro Baptist Churches and foot-in-mouth politicians, of opinionated fast-food restaurants and misguided youth organizations, who could have predicted that the progenitor of two of the most divisive gay-rights decisions in recent memory would be that supposed bastion of even-handedness, that stodgy square nestled in between Strunk & White and your abridged OED? That’s right, the Associated Press Style Guide is at it again. Last week, just a few months after delegitimizing the word “homophobia,” the Shaper of the Free Press leaked another uproar-causing memo. The subject?  How exactly to refer to each half of a married gay or lesbian couple. 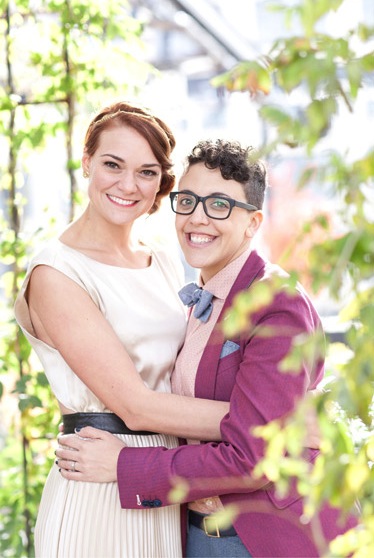 SERIOUSLY, WHAT ARE YOU GOING TO CALL US, BESIDES AMAZING (VIA KELLY KOLLAR)

Media blogger Jim Romenesko posted the memo (and a clarified revision), which was in response to an internal question about “how to report about same-sex couples who call themselves “husband” and “wife.” The AP answered this way:

“Our view is that such terms may be used in AP content if those involved have regularly used those terms (“Smith is survived by his husband, John Jones” or in quotes attributed to them. Generally AP uses couples or partners to describe people in civil unions or same-sex marriages.”

A curious choice — especially as most other sources seem to have kept up with the times, in which there are gay men and women in fourteen countries and nine US states who are, legally speaking, husbands and wives.  According to Merriam-Webster, a wife is “a female partner in a marriage.” Dictionary.com calls a husband “a married man.” As for more democratic, crowdsourced resources, Wikipedia characterizes a wife as “a female lifetime partner in a continuing marital relationship”; for husband, Urban Dictionary goes with “a man so special that you’re willing to tolerate him for the rest of your life.” With these as premises, we can do some simple word-math: man + in a marriage = husband; woman + in a marriage = wife. If you’re married legally, you’re married linguistically. And gay people can marry each other legally, so married gay people are husbands and wives!  So neat and easy.

A BETTER IDEA (VIA @FAKEAPSTYLEBOOK)

With that in mind, it’s difficult to know what the AP is trying to accomplish with this decision. Presumably the AP calls people in straight marriages “husband and wife” without blinking, let alone requiring tape-recorded conversations, newspaper clippings, or formaldehyde-preserved company picnic nametags. Having a higher barrier to entry for gay spouses is blatantly discriminatory — it is literally treating people differently based on their sexual orientation.

Many professionals aren’t down with that. At least one of the AP’s employees, New York-based David Crary (who writes about LGBT issues for the paper), has said he won’t be following the policy, explaining that he “will continue to depict [gay and straight couples] on equal terms, both linguistically and otherwise.” The National Lesbian and Gay Journalists’ Association [NLGJA], which could see some merit in the AP’s “homophobia” decision, has penned an open letter to Stylebook Editor David Minthorn “strongly encouraging” him to reverse this one, pointing out that whatever their intentions, “such guidance may be appropriate for referring to people in civil unions, for which there are no established terms and the language is still evolving, but it suggests a double standard for same-sex individuals in legally recognized marriages.” GLAAD points out that the AP has contradicted itself not only with several articles it has recently published, but within the memo itself. The Deputy Legal Director of Lambda Legal has even said that AP employees might be justified in suing over this, as it shows that the organization is “repeatedly and intentionally disrespecting marital status.”

So why would the AP do this? Higher-ups have remained silent thus far, and so everyone else is speculating. Some say that this, combined with the decision to nix “homophobia,” is proof of, well, homophobia — born out of “squeamishness,” or even an overt desire to subtly downgrade same-sex marriages. Others think the AP, as a journalistic institution, is trying to do its job and stay “neutral on the issue of marriage equality,” going for a “separate but equal” stance, especially in the dreary shadow of DOMA, which still hovers. Under this theory, avoiding marriage-related words make sure “routine stories” stay apolitical. As we know, though, no story is truly apolitical, and dancing around the “messy question of marriage” is itself a charged decision — doubly so in situations where the question is no longer actually messy, but rather legally decided. In that case it’s not even charged, it’s just false.  As John Aravosis says, “it isn’t the Associated Press’ job to overrule the courts and legislatures in 9 American states.” 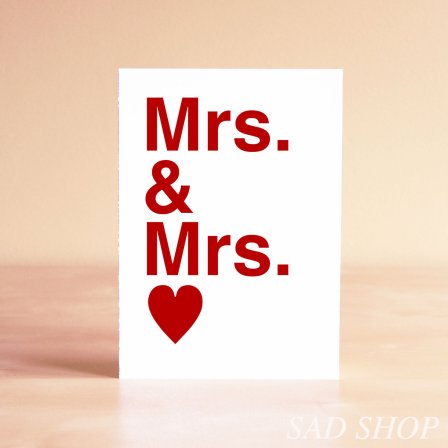 Those poised to give AP the benefit of the doubt say that they’re just trying to make sure that everyone is called what they want to be called. In many situations, I would applaud this. In fact, it’s something the gay/queer/QUILTBAG community (see!?) constantly strives for. And certainly, the question of what to call one’s self and one’s spouse is deeply personal, for gay and straight couples alike. Some gay couples have been waiting their whole lives to be called “husband or husband” or “wife and wife;” some hate the terms; some use them situationally. From the outside, people are always wondering how to refer to their newly married friends, and advice columnists are always saying “ask your newly married friends!” and rightly so. But this explanation doesn’t hold water, because the AP isn’t coming over for dinner or writing you a Valentine’s Day card. The AP is presenting a relationship to the world, and so they should be prioritizing widely-understood communication, not individuality. Until they start asking straight married men whether they want to be called “husband” or “pookiebear,” or humans whether they want to be called “people” or “bipedal carbonite life-forms,” they should be using terms for married people that mean, unequivocally, “in a legal marriage.” And those terms are “husband” and “wife.” 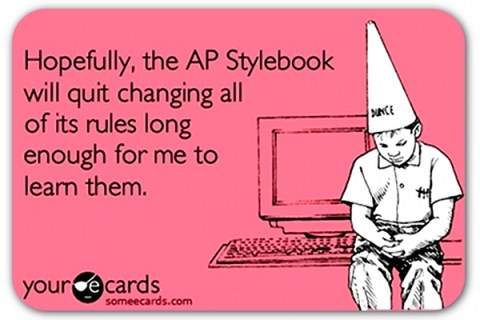 Regardless of the reasoning behind it, the effect this decision will have is indisputable and sad. Most mainstream journalists use the AP Stylebook, and most citizens of the world get their news from mainstream journalists. If people are exposed, over and over again, to characterizations of straight couples as “husbands and wives” and gay couples as “partners,” it will, NLGJA president Jen Christensen says, “reinforce the idea that marriages between same-sex individuals are fundamentally different from marriages between a man and a woman.” As Holly Cashman of the Huffington Post explains, “language reflects society, yes, but society is also constructed through language… each day, we talk our identities, our communities, our societies into being. When we use terms that are different for what should, legally, be the same, we are talking inequality into being — over and over and over again.” We’re erasing decades of progress and the hard work of generations of activists. We are, in a word, regressing. And if the AP Style guide keeps making decisions like this, its self-designation as “the journalist’s bible” is going to start sounding like a threat rather than a promise.

Good news! The Associated Press released a press release today (say that three times fast) revoking all that muddled discourse and setting a straightforward (gayforward?) policy, in the form of a new Stylebook entry. It looks like this:

“husband, wife Regardless of sexual orientation, husband or wife is acceptable in all references to individuals in any legally recognized marriage. Spouse or partner may be used if requested.”

Mike Oreskes, the AP’s Senior Managing Editor for US News, explains that “all this previous conversation was in the absence of a formal entry . . . this lays down clear and simple usage.” Plus correct usage, but that’s implied, I guess. The new entry will appear across all platforms so that no one will be confused about it ever again.