I nonchalantly referred to my friends and myself as queer to my grandmother last week, and she was floored: “How could you possibly use such a derogatory word to describe yourself?”

As a white, cisgendered, female, presently able-bodied, queer lesbian feminist student in my early twenties on a small, northeastern US college campus, I, along with my pals, use the word queer like unicorns and sunshine. It’s a happy way to describe ourselves: a strange mix of radical people of all variations of gender presentation and sexual orientation, from various class and racial backgrounds. By definition, queer is vague and open. It means whatever you want it to mean, and what I generally say, when asked, is that queer means “anything and everyone resisting and/or transgressing traditional heterosexual norms.” To be queer is to love and act radically. I don’t think loving people of the same gender is a prerequisite for queer. I have plenty of friends who are primarily or exclusively attracted to the opposite gender, and they do a lot of resisting and transgressing of heterosexual norms in their relationships and their performance of their gender.

But as we know, queer has a longer and more complicated history than the day I showed up on my college campus, started going to “Queer Lady Parties” and then came home for Thanksgiving and told my dad we could call our family queer because he remarried after my mom died and we’re still super close with my mom’s parents (whose house I sit in writing this), and we also have a bunch of scattered friends around who we treat like family and heterosexual norms are not enforced upon anyone.

My grandma, where this whole article began, is not queer, nor a lesbian, nor bisexual. So I asked my friend, Charoula, a self-identified lesbian feminist, who went to my school in the late 1950’s, what she thought about using the word queer. “When the word ‘queer’ came into use, I could no more identify with it – I did not feel strange = queer, I felt superior-  than with the word “gay.” There was a lot of sadness in being lesbian.” she told me. “I realize this is the legacy of the past, but that is how I feel.” I know Charoula is not alone in her feelings; when I heard a group of lesbians speak on a panel last year, they expressed their shock and displeasure with young people’s use of queer, because there is a certain violence attached to it. My 30-year-old friend/teacher/mentor, Katie, said to me “because of its origins and history, I feel, at the end of the day, like [queer] is a term that should be used by those who identify in some way as LGBT[…]. When my 60ish-year-old friend–a straight, white male–talks about the queer community or his queer friends, using the word queer, something about that feels a little funny to me.” 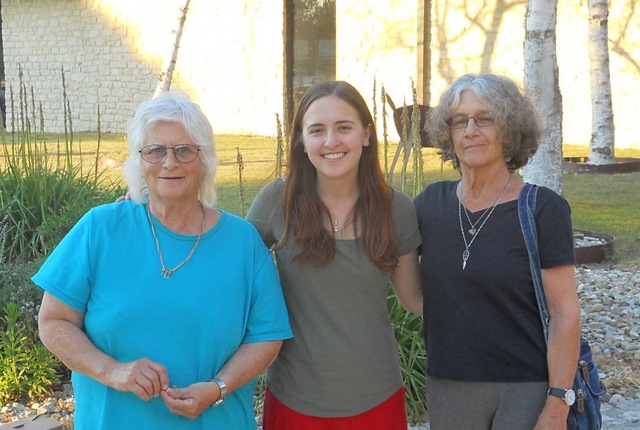 I find myself struggling to reconcile the energy and life and openness I find in queerness with the push-back from people who might fall into my definition of queer, but who consciously do not identify as queer, or who see the definition as narrower than I do. The potential disconnects this creates between generations and within communities worries me. As a queer who spends a lot of time with other queers, rallying around our queerness, am I isolating those who have a more troubled history with the word?

Intergenerational connection and understanding are incredibly important in any group of people, and we, the queers, the lesbians, the QUILTBAGS, whoever it is that WE are, are no exception. Lots of us have the aunt, the teacher, the couple down the street, the camp counselor, the Jodie Foster, who let us know that there were others like us when we were young and scared, and helped us come to learn that the way we exist in the world is better than ok – it’s fucking awesome. And that’s what Autostraddle is here for too, right? Maybe you are the aunt or the teacher or neighbor or camp counselor who sees that girl down the street who’s trying to figure out where the hell she fits, and when you do what you can to help her along, you learn something new and wild that totally challenges what you thought you knew for sure, and you’re glad to have your world grow and stretch a little bit more. No matter where you fall in the generations, we need each other.

It drives me nuts when people whose worldviews are rooted in different historical moments can’t have a conversation, especially when they want roughly the same things. Some of my friends avoid using the word queer outside explicitly queer spaces for this reason. In an email, my friend Kaylee, a self-identified queer woman, said, “I am trying to be kind of careful [because] I get the sense that for some (especially older members of the community) it is still a really violent word with major negative connotations.” Yes, queer communities need to consider and respect the perspective and context of people’s experience of the word, especially when that context carries violence.

So why don’t we just drop queer? What’s the harm in LGBTQIA for everyone, of all generations? Why can’t I just identify as a lesbian and leave it at that? Well, first of all, I know I left someone out in that long string of letters, (like pansexual – where’s the P??). Second, nothing feels quite so invalidating and othering as having to explain each and every identity in that to someone who doesn’t know. You or the other person will inevitably get frustrated and details will be missed, which perpetuates the invisibility of people who don’t fit into “mainstream” non-heterosexual identities. Third, the LGBTQIA acronym has an inherent hierarchy to it. Fourth, queer is also an open door to those who can’t pick a letter. Just ask my best pal, Amy: “Queer suited me at a time when my sexuality felt anything but stable – it could mean what I wanted it to, and it could shift as I grew and changed.” Finally, queerness, the way I experience it, has to do with so much more than the gender of the person you love; it’s about having a deep love for people and trying to resist the systems that try and stomp that deep love down. Two women in love being able to be together without fearing hate is as important to me as a mother being able to raise her children without fearing deportation. 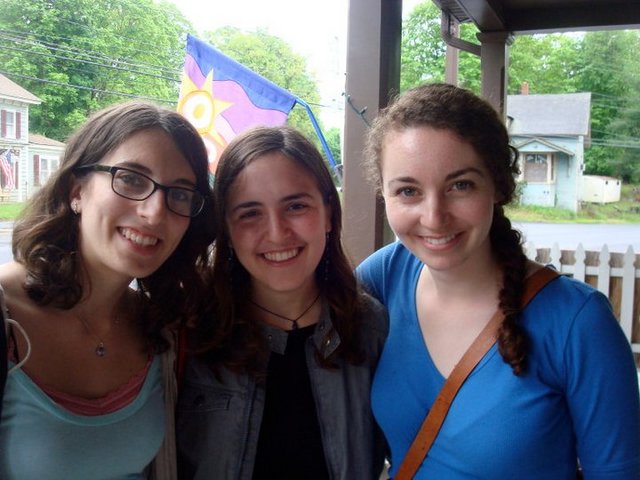 As queers, we deserve respect and acknowledgement for what and why we identify as we do. It’s all part of the evolution of movements. We deserve to be listened to. ALSO, though, we – my queer community, your queer community, the queers down the street – have to examine our origins: why we use the word queer, what sorts of people opened the spaces that were precursors to ours, and how other people have and continue to hear the word. We need to listen and be open, too — and I’m definitely open to being challenged on what I have to say here. Otherwise we’re shutting out people we need and people who need us. Listening to and loving each other will make us stronger, no matter what we’re called.

Maddie Taterka is a third-year student at Vassar College, where she studies Women’s Studies and Geography, and works in the Women’s Center. She is the author of Laying Foundations, and she can’t stop listening to Closer by Tegan and Sara.