I have to admit something: there are days when etymology research drives me nuts. All those well-meaning sources starting out so strong, with their bold type and firm pronunciation instructions, dissolving into hems and haws when it comes to specifics. “JUST DEFINE YOURSELF,” I want to yell, sometimes. But then I realize I would never yell that at my friends, you know? And this week’s word is a good friend – and a better one when it stays hazy! – because this week’s word is “queer.”

“Queer” has a particularly messy history. Right now I have a headache from squinting at dates and my tongue’s angry with me because I’ve ridden it roughshod over Scottish sentences. It’s hard to get mad, though – if any word is going to consistently duck the butterfly net, it should be this one, right? In the first few hundred years of its existence, “queer” changed costumes countless times. It hopped nationalities and met and merged with its doppelganger. It stretched out and became several parts of speech. It has been co-opted into countless rhyming slogans (“WE’RE HERE . . .”) and derogatory phrases (anyone down for a game of “Smear the Queer”?). Its current role, as the star of a decades-long reclamation campaign, is only the latest in a long history of adventures. And I would argue that before we can properly identify as it, make hilarious and useful compound words with it, or shout it from the rooftops, it helps to learn where it came from. 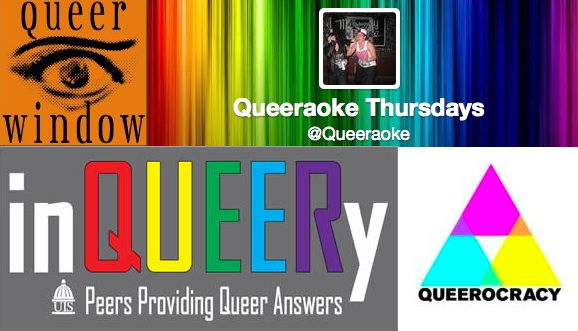 BROUGHT TO YOU BY THE LETTER “QUEER”

This is easier said than done. No one can even agree on where “queer” was born, or its parents. The predominant theory holds that it’s a descendant of the Proto-Indo-European morpheme “*twerk,” which means “to twist, turn, wind, or cut,” and is also likely the root of several other vocabulary staples, including “thwart” and “sarcasm.” “Twerk” led to Old High German’s “twerh,” which means “oblique,” and then to German, where it morphed to “quer” and picked up associations of strangeness and eccentricity. By 1500, it had stretched out to “queer” and could be heard around Scotland.

A competing theory, presented by the well-named word detective William Sayers, says that “queer” comes instead from the morpheme “*keu,” which denotes a bow, arch, or incurvation. “Keu” became the Middle Irish “cúar,” an adjective meaning bent, or a noun denoting a twisted thing (often a catenary, or the curve of a rope that’s been hung at both ends and is pulled down in the center by its own gravity). This became “quair,” or “misaligned,” and finally the Scottish “queer.” Whichever theory you prefer, “queer” set itself up as “not straight” centuries before “straight” had even thought about being a sexual identity. 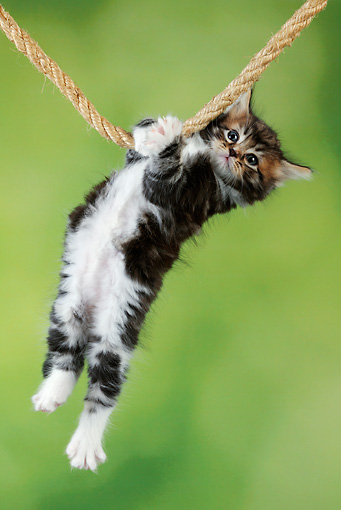 THIS WOULD BE A CATENARY IF NOT FOR THE CAT

According to the OED, “queer” first showed up on paper in 1508, in a transcription of “The Flyting of Dumbar and Kennedie.” Flyting, very popular in early 16th-century Scotland, was a public entertainment in which bards “would engage in verbal contests of provocative, often sexual and scatological but highly poetic abuse;” royalty would sometimes set them up as court entertainment, and at least one academic considers flyting the direct ancestor of modern rap battles. King James IV hired William Dunbar and Walter Kennedy to flyt over him, and the result contains not only a takedown of “our awin queer Clerk” but is also home to the first written examples of the word “cunt” (“cuntbitten crawdon” = “coward with an STD”) and the use of “shit” as a personal insult (“a shit but wit”). It’s overdue for a complete translation, but in the meantime if you read it out loud its general vibe is clear.

After its illustrious debut, “queer” began popping up in various places. Chronological lists of the word in context show it evolving over the course of the next few centuries, modifying concrete and abstract nouns (“queer pranks”; “queer substance”; “a queer lot”).   Lillian Faderman lists some more pairings: “In the 1600s, a “queer mort” was a syphilitic harlot. A 1796 “Dictionary of the Vulgar Tongue” lists 23 uses of the word “queer,” all of them negative . . . In the 19th century, “queer bub” was bad liquor, a “queer chant” was a false name or address. To “shove the queer” meant to pass counterfeit money.”

Along the way, the word gained secondary definitions – it started to mean out-of-sorts, giddy, or drunk, leading to more occasions for immature and fun exercises in linguistic hindsight (“The more it looks like Queer Street, the less I ask.” – Dr. Jekyll & Mr. Hyde; “I am so very queer that I must ask you for a morsel of that cake” – Dickens again). It was also making cameos that, to me at least, seem increasingly actually queer – it showed up everywhere from a 17th century biography of Oliver Cromwell (Cromwell’s doctors are described as “queer hypocrites . . . [full of] pious nonsense and most blasphemous flattery”) to Dickens’s Barnaby Rudge, from 1840, in which someone named “Mr. Tappertit” describes a man’s desire to devote the last moments of his life to carving a likeness of his [male] friend as “a queer fancy.” 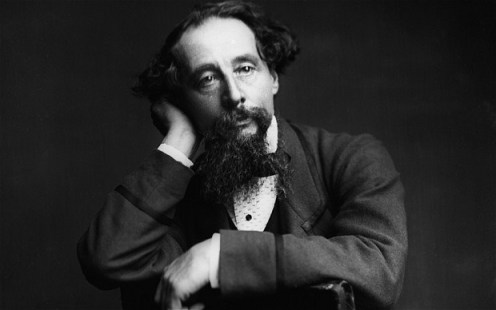 SOMEONE PLEASE JUST GET HIM SOME CAKE

The first person to use “queer” to refer derogatorily to a gay person was John Sholto Douglas, the 9th Marquess of Queensberry in Scotland. Douglas’s son Francis was the private secretary to Archibald Primose, aka Lord Rosebery, and it was rumored that the two were romantically involved. After Francis died mysteriously, Douglas wrote a letter to his other son, Lord Alfred Douglas, denouncing “Snob Queers like Rosebery” and blaming said snob queers for Francis’s death. Alfred may not have agreed with his dad, as he was busy receiving sexy letters from the one and only Oscar Wilde. Douglas found out about that, too, and would later threaten to out Rosebery unless Rosebery vigorously prosecuted Wilde for sodomy; the rest is history.

By 1914, “queer” in the near-modern sense had swam across the ocean bearing scare quotes. It appeared first in the society pages of the LA Times, which wrote on “‘drags’ where the ‘queer people’ have a good time;” a year later Arnold Bennett of England described “an immense reunion of art students, painters, and queer people. Girls in fancy male costume, queer dancing, etc.” Some embraced the term as a coded self-identifier (such as one of Gertrude Stein’s characters in her 1903 book QED, which was based on Stein’s own life), but that usage never took off. By the late 1920s the term was barbed enough that Dorothy Parker tapped it for a line-ender in a jabby New Yorker poem.  The sense of “other” and “bent” and “bad” followed the word “queer” for decades, and it got lumped in with other pejoratives: Lillian Faderman remembers that when she was growing up in the 1950s, “queer” was “interchangeable with other homophobic words such as “fairy” and “bulldyke.” It even had a variety of forms . . . Linguistics researcher Julia Penelope, in a 1970 article for American Speech, said that the gays and lesbians she interviewed all knew the term but felt it was only used by heterosexuals to express their disdain for homosexuals.” 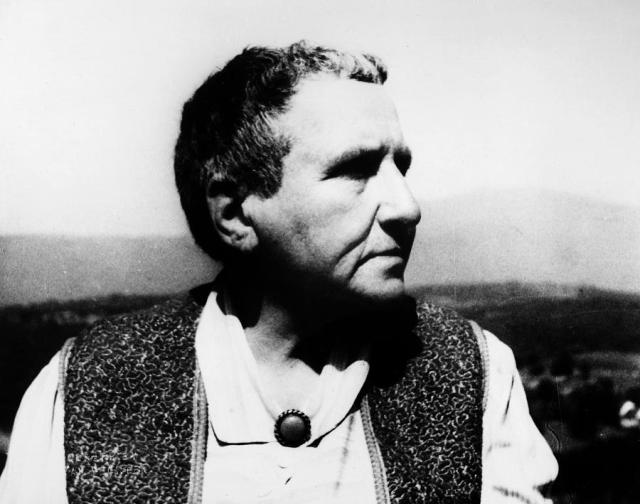 GERTRUDE STEIN LOOKS TO THE FUTURE

So there you have it – the long and winding lingustic-historical journey of “queer,” from “not straight” to “not straight AND BAD” via swaying ropes, royal feuds, LA parties, and famous authors. But this is not, of course, the end. We can’t leave it with Dorothy Parker this time, or else we’d never be queering our tech with fun, guiding each other around queer girl cities, or being queer Lisa Frank enthusiasts. Tune in next time to read about how we got here, got queer, and got used to it.