Last December, the Mexican Supreme Court unanimously decided that a law in the southern State of Oaxaca which defined marriage as the union of one man and one woman was unconstitutional. The decision, written by Minister Arturo Zaldívar Lelo de Larrea, was made public this week and invokes international precedents from European, Inter-American, and United States courts.

Before we dive into what this means for the future of marriage equality in Mexico, the U.S. and the rest of the Americas, let’s take a step back and look what happened two and a half months ago. Same-sex marriage has been legal in Mexico City since 2010 and in Quintana Roo (the southwestern state probably best known in the U.S. for Cancún) since May 2012 and, while all states are required to recognize those marriages, they are not required to grant them. In Oaxaca, same-sex marriage is outlawed by article 143 of the Civil Code which states that “Marriage is a civil contract celebrated between only one man and only one woman that are united to perpetuate the species and to provide mutual support throughout life…” 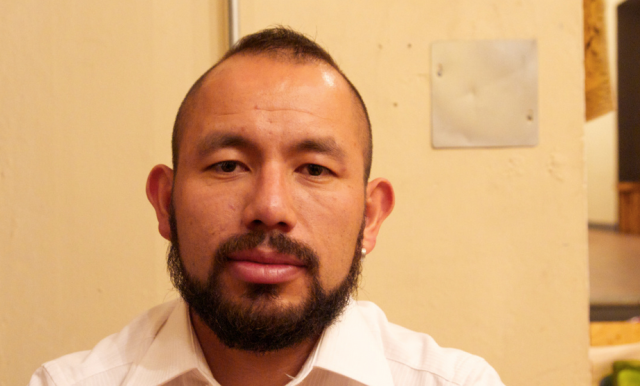 The law was challenged thanks to a local couple and the law student they met while planning a 2011 gay rights march, Alex Alí Méndez Díaz. After filing a suit on behalf of three couples and winning one of them, Méndez Díaz headed to the Supreme Court after the government appealed the rulings. Which is where we find ourselves today. The recently-released document outlines the plaintiff’s arguments, describes the lower court proceedings and decision, and then renders the Supreme Court’s decision using a variety of historical and international evidence.

Méndez Díaz based the bulk of his case around the 1st and 4th Articles of the Constitution and the precedent set by the Supreme Court’s decision in Mexico City (the action of unconstitutionality 2/2010). Article 1 guarantees every individual the rights and protections that Constitution grants and along with prohibiting slavery, outlaws discrimination based on “ethnic or national origin, gender, age, differing abilities, social conditions, health conditions, religion, opinions, sexual preferences, marital status, or anything else that may be against human dignity and have as its object to restrict or reduce the rights and liberties of persons.” According to the action of unconstitutionality 2/2010, these rights not only belong to individuals, but also to couples when considering them as families.

And families in Mexico have special rights. Among other things, Article 4 ensures that “The organization and the development of the family will be protected by law,” and that “Every family has the right to a dignified and decent life. The law will establish the instruments and supports necessary to accomplish this objective.” Again, the action of unconstitutionality 2/2010 provides support for this argument; they sustained that “the transformation and secularization of society has resulted in a great diversity of ways to construct a family that don’t necessarily arise from a marriage between a woman and a man.”

Not only did the the Supreme Court agree with them, they came out vigorously in support of overturning the law. While our own Supreme Court will look into just how suspect of a class sexuality is, the Mexican Court has already decided that, according the first article of their constitution, sexual orientation warrants heightened scrutiny. A suspect class requires the state to demonstrate that any discrimination written into law demonstrates a “compelling state interest” and, according to the Supreme Court, restricting marriage to different-sex couples falls far from that goal. They throw out arguments that couple marriage with procreation; not only do we not require straight couples with children to get married or require straight couples who desire to marry to prove that they will have children, they argue, Article 4 was written to apply to a social reality and at this point in time, that reality includes many different kinds of families. They not only refute the claim that marriage is being “disfigured” but admonish the representative who used this argument in court saying that “this type of approach is totally unacceptable in a constitutional state of law that aspires to treat all its citizens with the same respect and consideration.” 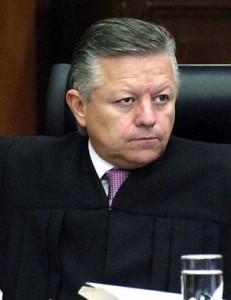 Some of the most compelling parts of the document, though, show up in the discussion of the history of discrimination against LGB people in their fight for marriage equality. After asserting why it is necessary for same-sex couples to be allowed to marry, Minister Zaldívar Lelo de Larrea shifts the tone to address the reason why they lack rights to begin with. “The reason that same-sex couples have not enjoyed the same protection as heterosexual couples is not due to oversights from legislators, but because of the legacy of severe prejudices that have traditionally exited against them.” The minister invokes Loving v. Virginia, the landmark case that legalized interracial marriage, saying that the power to marry “is worth little if it doesn’t grant the the possibility to marry the person one chooses.” In a somewhat less direct analogy, he brings to light what he sees as the cases connections with Brown v. Board of Education. The court believes that separate institutions – like civil unions – are not equal because, just as black children were segregated on “the unacceptable idea of white supremacy, the exclusion of same-sex couples from marriage is also based on prejudices that have historically existed against homosexuals.”

Unlike the in the United States, this ruling does not mean that same-sex couples in Oaxaca have the right to marry. Although the Court ruled the Civil Code unconstitutional in these three cases, two more cases will need to be brought against the Civil Code for the law to be overturned. And though the eventual five rulings will be made by the Supreme Court, they will only apply to Oaxaca, not the entire country.

Some have seen the use of U.S. law in these decisions to signal impending change in the United States. However, the massive differences in our two constitutions and the different legal traditions in our countries makes me skeptical about the effect Mexico’s ruling will have here. Two of the strongest pieces of evidence came from parts of the Mexican constitution that don’t have equivalents in the U.S. constitution. We lack any sort of protection for the family as a unit and the equal protection clause remains highly debated. Another precedent that the Supreme Court used to support their opinion, Karen Atala Riffo y Niños v. Chile, came from the Inter-American Court of Human Rights, a court whose jurisdiction the United States does not submit to. And while the arguments used to overturn the law are articulate and legally sound, using foreign precedent in the U.S. is high controversial.

While this might not be great news for our perpetually-independent(-even-if-it-hurts) country, this might be the turning point the rest of the Americas need. With marriage equality already legal in Argentina, parts of Brazil, and two states in Mexico and the number of court cases ruling in favor of same-sex couples climbing, it’s becoming harder to fight against gay marriage and win.