Hello, perfect humans of the Internet! Did you know Dunkin’ Donuts sold me six donuts for $3.99 this week? Are you even that into donuts? Do you know how many of us exist here on Earth? Well anyway, here are the stories we missed this week while I was sampling every flavor.

In London, shit just got adorable. This eight-year-old wrote her MP about her gay moms: 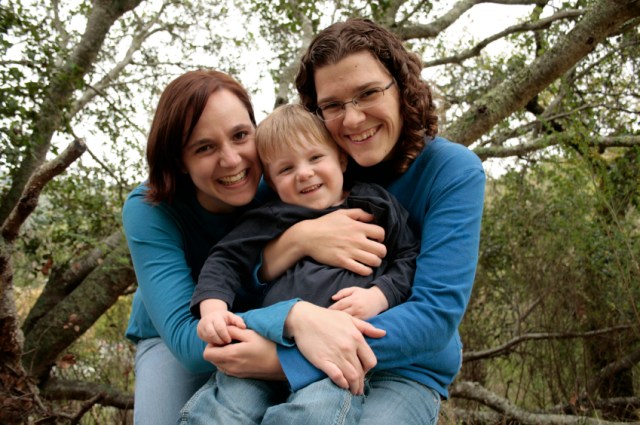 A mass for gay and lesbian Catholics has been held for the last time in central London because the Church says it goes against its views on sexuality.

The leader of the Roman Catholic Church in England and Wales said it conflicted with religious teachings on sexuality.

The Archbishop of Westminster has asked organisers of the service in Soho to instead concentrate on providing pastoral care.

Gay rights charity Stonewall has said it was a “real shame”.

Do You Know Where Your Money Clip Is?

You may want to spend all of your money frivolously on supporting LGBT-oriented projects by funding some of the stuff below. You might also just want to buy Autostraddle underwear instead. It’s up to you.

Last week we’ve raised nearly $6,000 — and we just got word that the Pulitzer Center on Crisis Reporting is offering us a special challenge.

The Pulitzer Center has generously offered to match, dollar for dollar, up to $15,000 on all future Kickstarter contributions to the film — so that every dollar donated over the next three weeks will be doubled!

The Violence Against Women Act, also known as one of the most important pieces of legislation affecting women’s lives, doesn’t exist anymore! Poof. But it went through the Senate on Tuesday, and now there’s only one thing holding it up in the House of Representatives: a debate about whether or not LGBT people should be included. Sigh.

And now we know what we have always known really: this violence is real, it harms the LGBT communities and it can no longer be ignored. It is no longer theoretical – the U.S. government tells us the problem is real. So now that our country has defined the problem, our country now has an obligation to solve it. There is a way to address this problem through VAWA. Congress has been divided on this issue and much of the resistance to explicitly including LGBT survivors in VAWA have been predicated on the idea that we don’t know there is a problem. Now we know. And with this knowledge we have an obligated to act. We also know the way in which we can address the issues.

Refusing to explicitly include LGBT people in VAWA is no longer defensible. We can no longer hide behind the idea that we don’t know. We have always known but now those who must have ‘unbiased proof’ have it. And it’s time for the House to do the right thing for all survivors of violence. 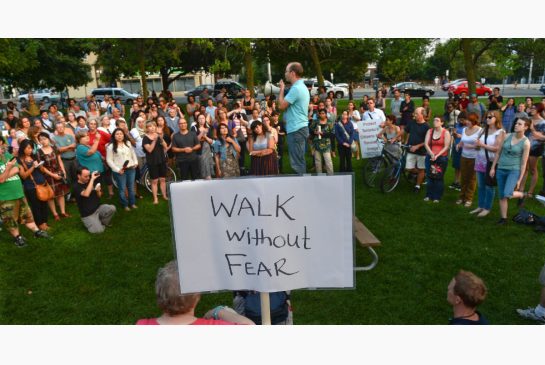 While a bunch of old white dudes are sitting pretty on issues of safety and human rights for women, thousands of rape kits sit untested in Detroit and in the UK, members of the bar council are advocating for anonymity for those accused of crimes of a sexually violent nature:

Maura McGowan QC, who chairs the Bar Council, believes the law should be changed because allegations of a sexual nature “carry such a stigma”.

“Until they have been proven to have done something as awful as this – I think there is a strong argument in cases of this sort, because they carry such stigma with them, to maintain the defendant’s anonymity, until he is convicted,” she told BBC Radio 5.

“But once the defendant is convicted then of course everything should be open to scrutiny and to the public.”

Toni Braxton Wishes She Was A Lesbian

Braxton tells theGrio.com, “I would like to play a lesbian … and do a whole make-out scene and the whole thing, just something completely different than people would expect from me. Not a lipstick lesbian, either.” 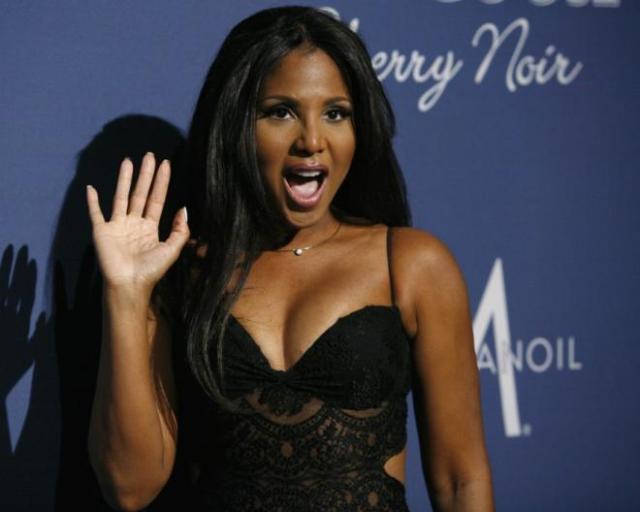 In a world where I am tirelessly forced to put up with incompetence and just regular jerks on a fairly consistent basis, I’d like to carve out a maximum of five minutes to present to you 37 Democratic Senators who called for an executive order on workplace equality for the gays, because they’re like, at least doing an okay job you know? You can find your favorite signature (I spy with my little eye Frank Lautenberg having really great penmanship here) following the letter they wrote Obama.

Some people just need to be put in their place, like this homophobic subway preacher with no idea that he’s up against a gay man whom claims with his whole heart and soul that Jesus loves him, too.

In Alaska, Republicans laughed at a reporter for fielding them questions about gay marriage, which makes me like, have zero faith in humanity or respect for viewpoints that differ from my own:

Clive Davis is Bi, Patti Stanger is NOT

Clive Davis, music mogul, is bisexual and currently attached to another man.

In his new book, The Soundtrack of My Life, Davis recalls that his first time having sex with a man was during “the era of Studio 54”, when he was married to his second wife, Janet Adelberg. “On this night, after imbibing enough alcohol, I was open to responding to his sexual overtures,” Davis wrote. “Was I nervous? Absolutely. Did the heavens open up? No. But it was satisfying.” The experience prompted a period of “soul searching and self-analysis”, and after separating from Adelberg in 1985 Davis dated partners of both sexes. Since 1990, both of his long-term relationships have been with men.

“You don’t have to be only one thing or another,” Davis said in aninterview with US chat show host Katie Couric. “I opened myself up to the possibility that I could have a relationship with a man as well as the two that I had with a woman.” In another chat, with Nightline, Davis complained that bisexuality is “maligned and misunderstood”. “For over 50 years I never had sex with a male,” he said. “It wasn’t repressed. I had very good sexual relationships with women.”

“Millionaire Matchmaker” Patti Stanger dated an older woman once. But I don’t think she liked it very much. I also don’t know when we switched from “The D” to “The C.”

“I didn’t like doing her, I liked when she did me. That’s the truth. But you know, then I realized I had to have the “C,” you know what I’m talking about. I had to have a big hunk of a man.”

Jenny [McCarthy] asked Stanger, “So, never again?” to which Patti replied, “No. I’m totally, totally straight. I tried it, I dabbled. I’m for gay rights, I think they deserve to be married, but that’s it.” 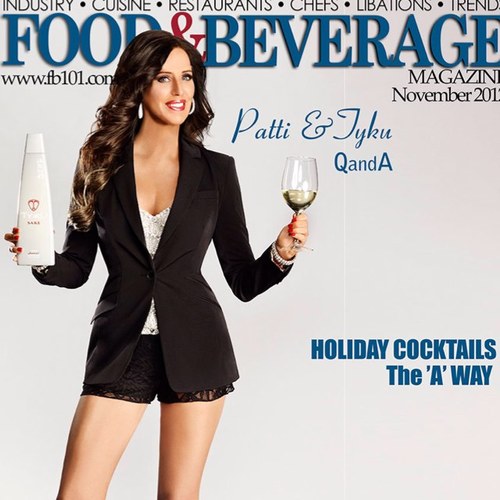 America continues to make things difficult on binational couples, so they’re gonna get up and get the fuck out. Unless something changes.

“A straight couple living in the U.S. can apply for a green card based on their spousal relationship,” said Rachel B. Tiven, the executive director of Immigration Equality, a legal advocacy group focusing on gay men and lesbians. “Gay couples simply can’t do that.”

For the first time, in Mr. Obama’s blueprint, same-sex couples have been included in a comprehensive framework for immigration legislation.

The president “has long believed that Americans with same-sex partners from other countries should not be faced with the painful choice between staying with the person they love or staying in the country they love,” the White House spokesman, Jay Carney, said when Mr. Obama announced his plan in Las Vegas on Jan. 29.

Comprehensive Sex Education may finally be coming to a local school district near you! 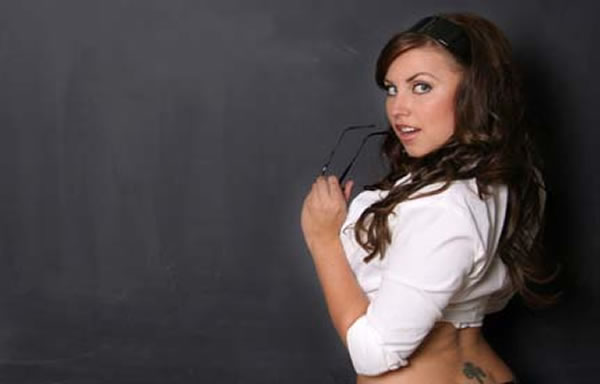 “The bill does a lot of important things — it’s a big bill,” Sarah Audelo, the Domestic Policy Director for Advocates for Youth, explained to ThinkProgress. “There’s a lot to be covered, and a lot of resources that young people need that they’re not currently getting.” In particular, the legislation would ensure that federal funding is allocated only to the sexual health programs that include inclusive language about LGBT issues, don’t rely on outdated gender stereotypes, and impart accurate information about HIV. 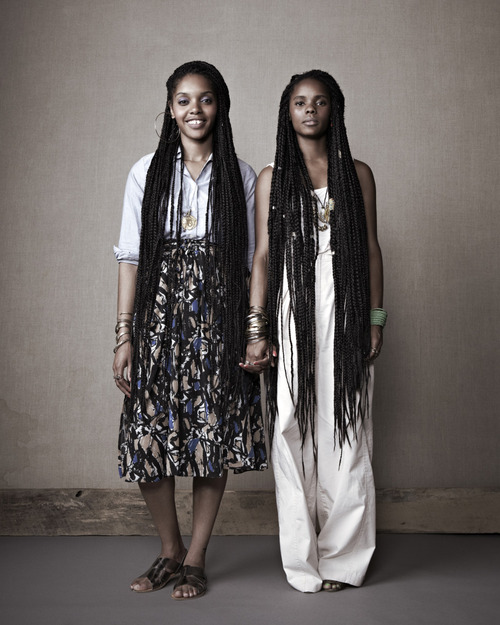 Since gay people aren’t like, you know, hoping for the right to wed one another or anything it isn’t awkward at all that fake lesbian wedding announcements are showing up in small, local papers across the United States. 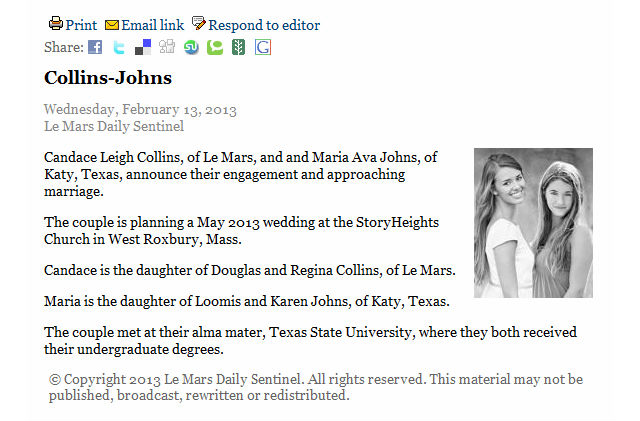 Gawker.com reported that a separate engagement announcement using the same photo ran the same day in San Marcos, Texas. In this announcement, Collins is from Austin and engaged to Andrea Kathleen Kaufman.

The photo used in the engagements is a composite of two high school students: Melanie from Ann Arbor, Michigan and Jamie from Pensacola, Florida.

Vaughn Walker, the federal judge directly embroiled in the gay marriage challenges in California, ultimately struck down Prop 8 – and he’s lived to talk about it:

Walker is matter-of-fact about the eventual fallout from declaring Proposition 8 unconstitutional. As he told the Commonwealth Club recently, he believes same-sex marriage is “an idea whose time has come,” and he sticks by that belief. […]

With the historic arguments drawing closer, Walker makes no predictions about the Supreme Court outcome. And he says he’ll leave it to others to define his role in what many consider the most important civil rights case to reach the high court in decades.

“The remembering is for others to do,” he said, “whether I like what others remember or not.”

If you’d like to submit a tip for the AAA, send it to carmen [at] autostraddle [dot] com each week by 12 PM Tuesday EST. Tips for LGBTQ-related events, job postings, calls for submissions, and news from around the globe are encouraged. Information related to discounts on hip-hop vinyls is very much appreciated as well.