This morning, Kesha fans took to the streets to protest Sony’s apparent inability to free Kesha Sebert (known to fans as Kesha or Ke$ha) from a contract which binds her to her producer and alleged abuser, Lukasz “Dr. Luke” Gottwald. Numerous sources have reported on the disappointing ruling in Kesha’s injunction against Gottwald; the judge explained that she could not grant the injunction because of the precedent it would set. By allowing an artist out of her very binding contract (the likes of which are typical of the industry), this ruling could ultimately diminish the courts’ ability to enforce other recording contracts. The difference is, most artists are not legally bound to a man who raped and abused them over the course of several years. In the past few days, the collective internet has been overrun with fans aghast at Kesha’s apparent lack of agency in determining whether or not she is forced to continue working with Dr. Luke, and Sony’s reps seem to claim that their hands are tied.

Earlier this week, a lawyer representing Sony released a statement, explaining that “[while] Sony has made it possible for Kesha to record without any connection, involvement or interaction with Luke whatsoever… Sony is not in a position to terminate the contractual relationship between Luke and Kesha. Sony is doing everything it can to support the artist in these circumstances, but is legally unable to terminate the contract to which it is not a party.” The internet responded with understandable outrage — how could this be possible? How could such a powerful corporation as Sony be unable to protect Kesha from her abuser, and how could they sleep at night knowing what they’re effectively forcing their artist to remain beholden to him? 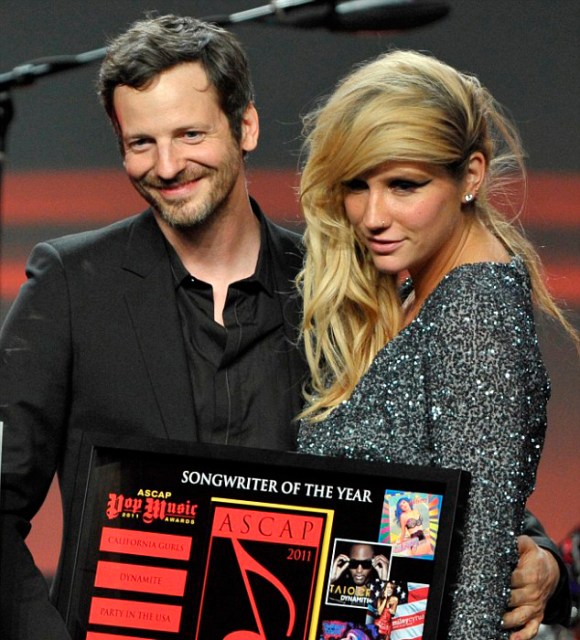 Gottwald and Sebert at the 2011 ASCAP Pop Music Awards, via WireImage

In the interest of breaking down the nature of Kesha’s agreement with Dr. Luke and Dr. Luke’s agreement with Sony, we reached out to a Los Angeles-based entertainment lawyer who has worked with several major acts, though she stresses she has not worked with any of the parties involved and is not privy to the exact nature of their contracts. That said, she was able to offer some unique perspective about how these contracts generally work, and what (if anything) Sony could actually do to set Kesha free.

First, let’s look at Kesha’s case against Dr. Luke. In her complaint, her lawyer explains that Kesha met Dr. Luke as a naïve 18-year-old who blew off her academic career to follow the stardom and success he promised her. Gottwald is a well-connected, successful producer; you may know his handiwork from songs like Kelly Clarkson’s “Since U Been Gone,” Katy Perry’s “Teenage Dream” and Britney Spears’ “Hold It Against Me.” However, Sebert alleges that his relationship with the young singer was fraught with false promises and downright abusive behavior, culminating in sexual abuse and threats against her career, her family, and at one point even her dog. Gottwald at times called her a “fat fucking refrigerator,” which led Sebert to a life-threatening eating disorder, and drugged and raped her repeatedly. He refused to re-negotiate her contract (which is customary when an artist receives the level of success that Kesha’s first album received), and manipulated and undermined Sebert until, she says, she nearly ended her own life. The annotated complaint is detailed here and worth reading; it is truly a work of horror.

It comes down to this: Dr. Luke’s imprint label Kemosabe is a joint venture between himself and Sony. Essentially, Sony provides press, radio, some funding, royalties and accounting to Gottwald’s artists in exchange for a share of profits and Gottwald’s A&R and production services. In Kesha’s case, because she is signed through Kemosabe, she actually has no privity of contract with Sony, and if Kemosabe ever dissolved their deal with Sony they would maintain control over Kesha. Despite being the corporate muscle behind Kesha’s career, Sony does not possess Kesha’s exclusive recording services — Dr. Luke does. Even if Sony set up a recording situation where Kesha recorded without Gottwald, performed only songs not written or produced by Gottwald, and never saw Gottwald even once, he would still be the direct beneficiary of all of her music. Additionally, in California, where both Kemosabe and Gottwald’s publishing company Prescription Songs LLC are based, the recording industry has amended a law limiting employment agreements to seven years to exclude artist contracts. For Kesha, signed to a six-album deal, there is no clear light at the end of this particular tunnel. 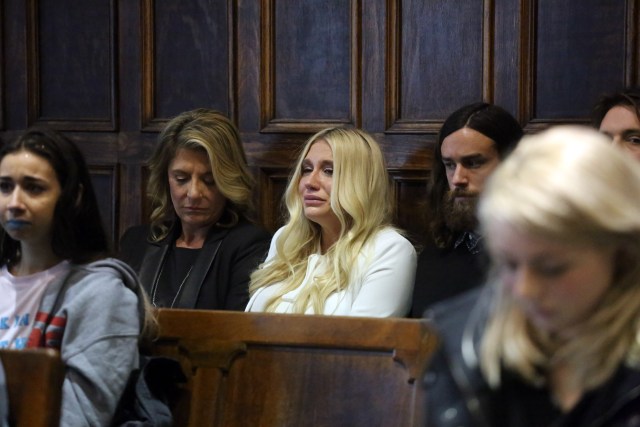 A producer of Dr. Luke’s caliber is an important asset to Sony, and the attorney we spoke to theorized that they agreed to work with his label as an effort to keep Gottwald as an in-house producer, working exclusively with their artists for a certain number of years. It’s likely that Dr. Luke also has a guaranteed number of songs on every record Kesha creates, which is typical of producers’ label deals. If Sony were to break the agreement, Dr. Luke would be able to walk with everything – Kesha and his other artists, unless he agreed to let them go or Sony attempted to buy out their personal agreements from him. It’s unclear whether or not Sony have some rights to the masters they’ve released for Kesha, but those masters could end up as a bargaining chip in the negotiations necessary to break the relationship between Sony and Kemosabe.

From a PR perspective, the best thing Luke could do right now would be to let Kesha go, to sell her deal – but that doesn’t appear to be happening. At no point has Gottwald commented on his intentions or ability to do so, only he’s released a dismissive statement claiming that Kesha is “‘free’ to record and release music without working as Dr. Luke as a producer,” and adding that “any claim that she isn’t ‘free’ is a myth.”

As of this moment, Kesha is unable to perform features on anyone else’s records, create any live recordings (even of other people’s songs), sing the national anthem on TV or put up an acoustic cover on YouTube without Dr. Luke’s explicit permission. Because Kesha is signed to Gottwald’s publishing company, she is also unable to make a living writing songs for other people (something she’s done in the past — “Til The World Ends,” among others). If Kesha and I wrote a song together right now, I would own 50% of that song and the other half would belong to Dr. Luke. No matter what she does with her career at this point, everything she does will directly benefit her abuser, regardless of whether she’s in the same room with him or not. The systematic sexual harassment and abuse of women in the music industry is nothing new, but Kesha’s situation is a very particular nightmare.

At this point, it’s difficult to imagine a young artist wanting to work with Dr. Luke ever again, or for Sony to enthusiastically continue their working relationship with Gottwald, whose imprint label is now a complete PR disaster. Vanity Fair posit that Sony could drop Kesha as soon as she delivers her third album, citing the label’s release of Zayn Malik from One Direction as an example of a less pressing release of contract – but in this case, the option to release Kesha is entirely Dr. Luke’s, not Sony’s.

While protesting outside of Sony’s offices is a noble effort, fans would do better to direct their vitriol towards the one man responsible for Kesha’s current legal situation. Unless Gottwald is willing to release Kesha from his clutches, the only realistic solution is for Dr. Luke to float away to a deserted island somewhere and never come back.