Back in 2009, we put together a mega-fashion-post about Boyshorts that ended up being one of the year’s most popular posts. It eventually became outdated, however, and figuring out what exactly to do about that is what led us to launch Underwear Week back in February 2013. Y’all LOVED UNDERWEAR WEEK. Why? ‘Cause we love talking about underwear. I could talk about underwear all day! Unless you make me use the word “panties,” which I had to type about 100 times in this article but cannot bring myself to say out loud.

Anyhow, we asked you on the sex survey what type of underwear you usually wear, and you were allowed to select multiple options. Here’s what we learned: 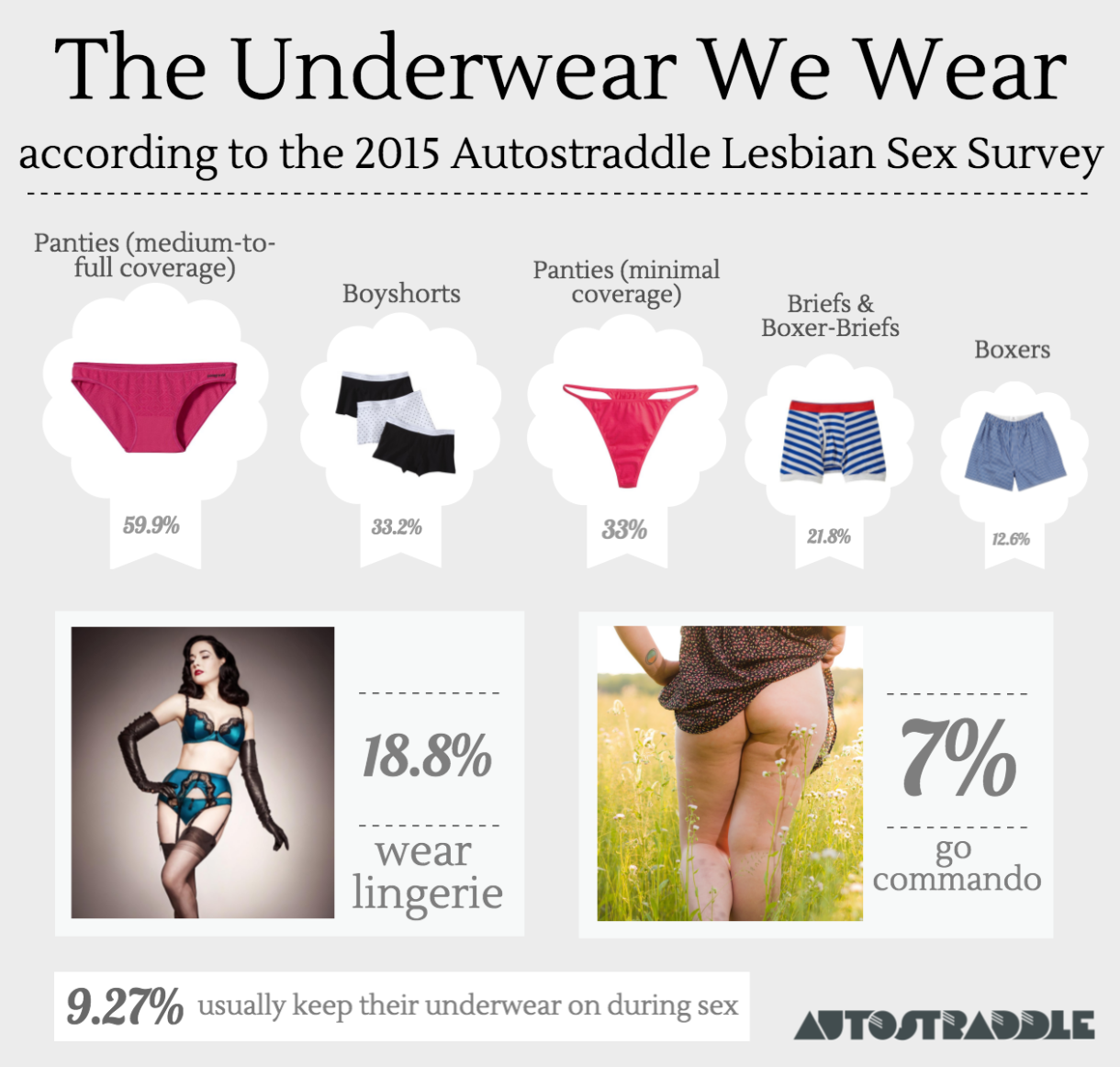 We also asked “How Naked Do You Usually Get For Sex?” and 83.78% said you got fully naked. 2.32% got naked except for a harness (and 3.04% answered “harness” for the type of underwear they usually wear). 5.05% got naked except for their underwear and 4.62% picked “naked except for a tanktop/undershirts/binder/concealing lingerie.” There are a few reasons someone might stay partially closed during sex outside of situational constraints (e.g., you’re in public, you’re in a hurry.) Often lesbian sex involves a lot of tribadism, a.k.a “dry humping,” and underwear can protect its wearers from skin-irritating friction. Or, possibly, some may prefer to remain partially clothed for reasons relating to gender dysphoria or trauma. Others just may find it more comfortable that way! Those who get naked except for their underwear for sex were most likely to wear panties (fully to medium-coverage).

What Brands and Styles Do We Enjoy?

Looking at sales data through our affiliate accounts with Amazon and Shopstyle, as well as looking at top outclicks to retailers from Autostraddle’s fashion posts, I came up with this general survey of some of the most popular brands/styles worn by LGBTQ women: 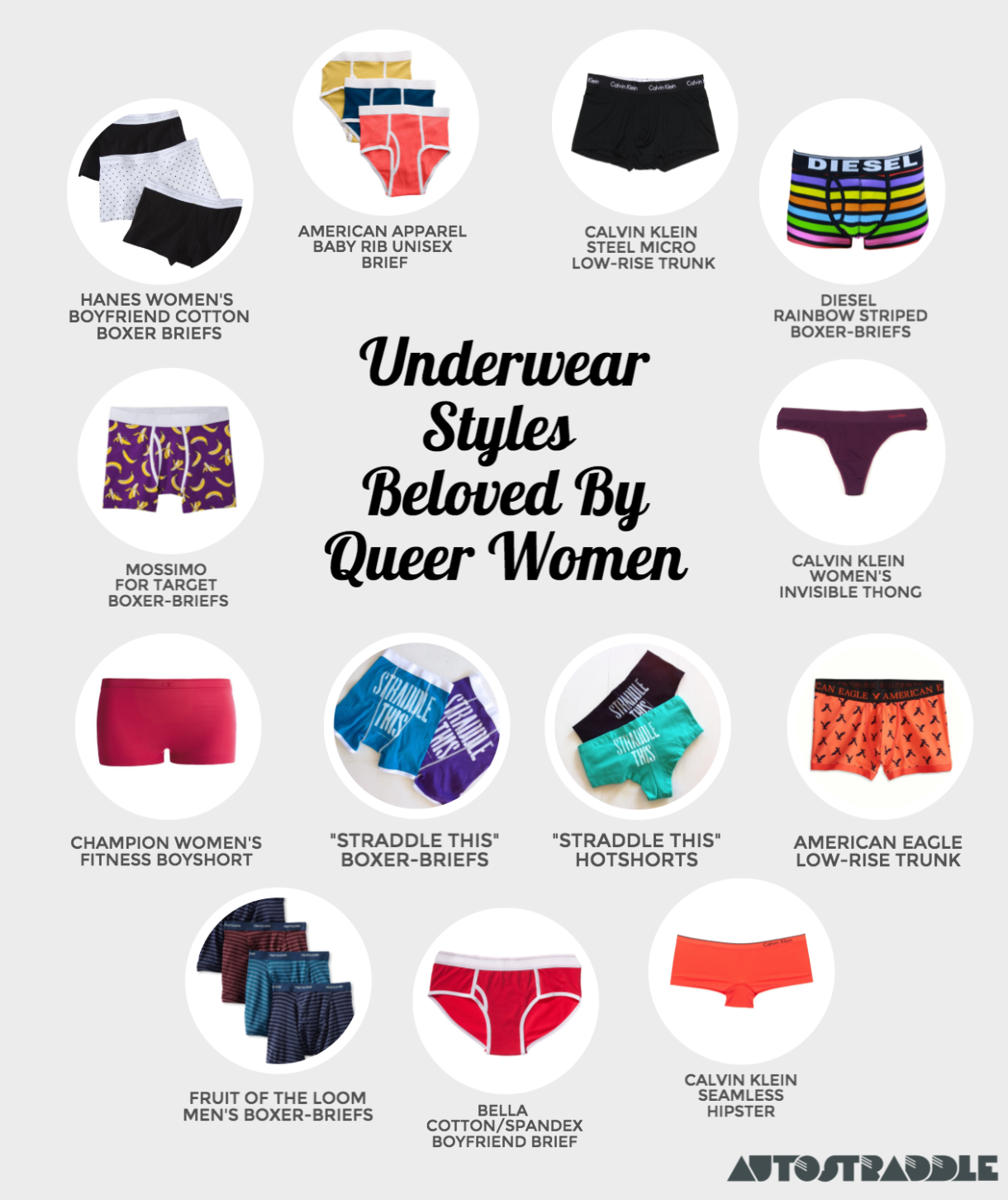 What Other Factors Impact Underwear Choice?

When you cross-tab underwear preferences with other demographic results, a few things stand out.

Next, I looked at gender presentation. For this question, people were permitted to pick multiple presentations, so keep in mind that these groups are not mutually exclusive:

Finally, I looked at geography and discovered that, of the countries with enough survey-takers in them to produce statistically significant results, the French were most likely to go commando, followed by Americans. Germans prefer panties (medium to full coverage), Irish folks and Australians aren’t too excited about minimal coverage panties, citizens of The Netherlands love their boxers, and folks from France and The UK are more likely to get lingerie than the rest of us.