“I have a question,” she said. “Why is it that lesbian couples need to have a butch and a femme?”

I let out an audible groan, covered half my face with a hand.

“Don’t groan at me,” she said, this time with less of a question in her tone. “I just mean in today’s day and age, I’d think you’d be more progressive. You shouldn’t have to enforce these antiquated gender roles, right? Why can’t two girls just be two girls together?” 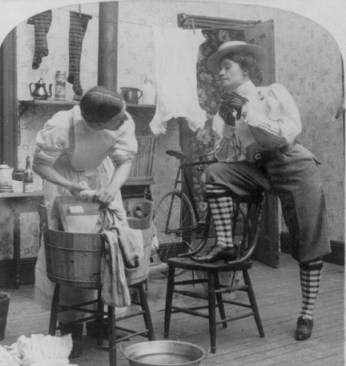 I was trapped in a car on the way to the second of our traditional Christmas dinners. As fun as the holidays used to be for a queer who wasn’t out to the family, I’ve found that they are extra fun when you’re only out to half the family. There’s something about those in the know constantly policing your body movements, your words, anything they think might give away the “secret” of your existence, as if you are a canister of semi-spoiled milk in constant danger of being spilled. Thank god you’ve got a miniature army of family members who can constantly remind you not to mention your girlfriend at the dinner table for fear you will break your little grandmother’s heart.

My new favorite past-time is opening my mouth during a holiday meal and watching my nuclear family get edgy thinking I might accidentally say “I am a massive homosexual” instead of “Please pass the butter.”

The discussion in the car was much more than an inquisition into the history of lesbian identification, although that desire was present. This relative came of age in the throes of second-wave feminism. Mention Gloria Steinem and she has a litany of praise. Her views on feminism made me realize that her generation’s understanding of equality is entirely capitalistic, and that when she says women have come leaps and bounds, she is talking about the amount made on the dollar and workplace equality. She isn’t talking about rape culture, intersectionality, or queerness. I don’t hold it against her because I don’t think it’s something she’s actively aware of, and we all are constantly learning and growing. Still, it’s difficult to be the one who feels like they are constantly teaching in order to induce this growth.

“I think all identifications are valid. I don’t think that there’s anything inherently wrong with being a female person who identifies as masculine-”

“I don’t like it when you call yourself masculine. Being a strong and independent woman doesn’t mean you’re masculine. That’s insulting, Kate.”

Ah, this old argument. I buried my hands into my lap, tried to regain my composure.

“I call myself masculine for the way I present myself, not because I am strong or independent, which are things I’d argue I’m not all the time, anyway.”

“I just don’t see why a woman would want to aspire to masculinity when she doesn’t like men.” 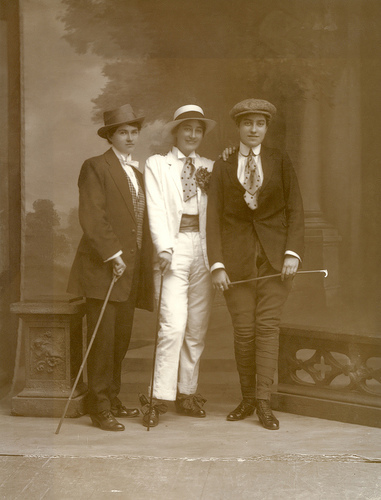 The thing is that I have never come out to my family as “butch,” and thus my evolution as an outwardly masculine person over the last few years has seemed like an artificial modification to people who have known me since the days when I was rolling around and getting mud stains in my pink dress. I’ve never explained in any depth my gender expression, body dysphoria, or even my “type.” My family believes I am a lesbian with short hair who dates women with long hair, and that is the extent of their knowledge. Questions are sometimes fielded to me in one on one situations, like why I “had to” cut my hair when I came out, but I answer them in one sentence or less, or dance around the subject by complimenting someone else’s hair. It’s a dance I learned like any other queer, over a fire and barefoot.

I’m in the camp that doesn’t think queer folk should be continually asked to educate the hetero masses about their comings (cummings) and goings, not even when those heteros are your family. Besides, the act of explaining who we are is not so distant from the accusation that we need to explain ourselves, and there will always be the taste of scolding and invalidation in such an invitation, especially when it is practically a demand. Asking me to explain my identity, my desire, why I am wearing boots instead of heels, doesn’t feel like curiosity, but rather a reminder that I am not normal, and because I am not normal, I need to justify my behavior as something that should be preserved, and not “fixed” or stamped out.

I try to own butch. I’m writing a column about it, for heaven’s sake. But it’s difficult. There are a lot of odds against us butches. There’s a patriarchal culture that tells us we are the most unattractive incarnations of femaleness available. We have taken what society says makes a woman beautiful and desirable, and we’ve gone and done the exact opposite. If you don’t think that this fact is pointed out to us by everyone who feels they have the right, which is a much larger population than anyone of us would like, then you would be wrong. And since many of us were socialized to be women, we were taught to be sensitive, to take male commentary with a thank you, to internalize emotional responses. What I’m trying to say is that being the bull dagger at the butt end of the joke is a position that does leaves a body scarred and beaten down.

I love us for being the kind to take strength from our scars and stand up taller each time we’re pushed down. You can call me ugly, fella, but there’s nothing ugly about the way I love, or the way I walk this earth. I think it’s why butches take such pride in their sexual prowess. Tell us we’re hideous and call us monsters, but we’ll be placing our worth on something you can never take from us, and something that threatens your patriarchal existence with every touch.

My situation is not helped by everyone who sees the identification as out of date and negative, or tells me that it does not correlate with me identifying as genderqueer. Essentially, they are saying that genderqueer is the “right” definition. Apparently I am not queer enough if I call myself butch. They believe that butch cannot be made radical, a vast oversight on their part.

I understand some of the accusations of datedness. Butch implies a certain kind of chivalry, an old-fashioned way of looking after your lady. It’s a mode of existence that I’ve seen falsely translated into a nasty case of young dykes with a misogynistic streak who think fucking femmes is enough to respect them. Their use of the word “butch” is interchangeable with lesbro, and we all know my feelings on bro culture. I wrestle constantly with the privilege I have as a result of desiring certain kinds of bodies, specifically femmes and femmes whose bodies are part of a history of commodity and objectification. I don’t want to participate in that history, and I want to understand where my desire fits into any and all negative histories. I think being responsible sexual beings goes outside of consent in the bedroom. I think it means continually questioning ourselves, evolving, trying to understand the way our desire works and how we navigate the world as a result of it. Butch will never be a perfect thing, and mistakes will always be up our sleeves, but if we are always aiming for the best possible versions of ourselves, we are on the right track. 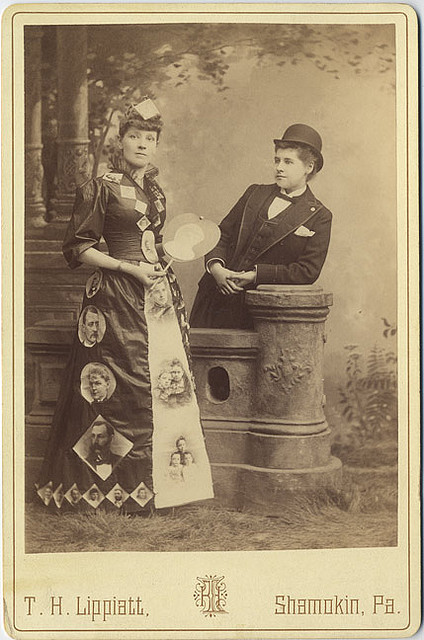 What I didn’t say in the car was the most important thing we have to learn: the butch/femme identity is not a concrete definition. There are extreme nuances in all of these words, which you know is a statement I’ve made in many of my articles, maybe to the point where I feel we should paint it across our cities so people will stop acting like we should be ashamed of the names we use to get a tighter grip on ourselves. We live in a queer world where terms can be fucked, queered, and redefined in such a way that they empower. We call ourselves dykes because we’ve reclaimed the word. I’m not asking us to reclaim butch or femme because I don’t think they’ve ever been displaced enough that we need to dust them off and take them out of the case, but I’m asking us to stop thinking about the terms as if they were only relevant in a distant chapter of our past, and not something that is still fresh, relevant, ready to be morphed and realized in a new light. Butch can be radical. Femme can be radical. Using these terms can be radical. Own your identities, because they are always valid, always important, and always capable of invoking positive change.