We’ve left 2010 behind us, right were it belongs, but in the spirit of learning from our mistakes and building on our strengths, we’d like to do a quick frolic through the best and worst things of 2010 (according to us). May we never again have to sit through three hours 500 million dollars worth of computer-simulated blue people AMEN.

(according to Senior Editor Rachel) 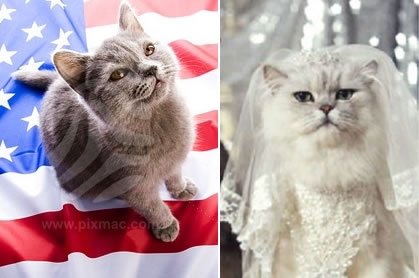 He is a pretty shitty person in general – hates/fears gay people for no apparent reason, misleads about his war record, etc – but it’s more about what he represents. I feel like he really embodies the blind, baseless, gibbering fear of change and progress that is our biggest obstacle, that’s responsible for things like the National Portrait Gallery freakout and NOM. Fuck you, John McCain, and all that you stand for.

I tried to be more creative, but honestly, this man is the shit. Not just because of his Prop 8 ruling – although obvs that was a pretty big deal – but because of the 138 pages he wrote to back it up. There’s now a body of legal evidence about our personhood and legitimacy that we can refer back to whenever we need to from now on, and that makes me want to hug Judge Walker with my legs.

(according to Music Editor Crystal) 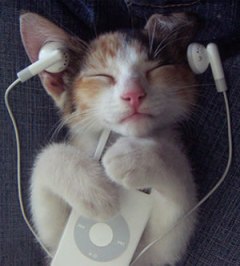 Good Charlotte’s Cardiology was not really the ‘worst’ album of 2010 on a technical level. I mean, Heidi Montag’s performance on her debut album was exceptionally shit and featured a quantity of auto-tune that should be outlawed. But Cardiology left the worst taste in my mouth. I don’t have overly high expectations of Good Charlotte, in general, but I can’t help feeling like the band didn’t even try. That disappoints me more than the misguided ambitions of a reality famewhore could.

High Violet is the ‘best’ album because it’s the one that moved me the most in 2010, a year where basically all I wanted to do was feel. It makes this thing happen where my chest shrinks and my breath goes and my heart beats double-time and I need to fast-forward to New Kids On The Block because I get scared I’ll choke and start sobbing on the bus. I also like it because it reminds me of Bret Easton Ellis, and the time I heard Bret Easton Ellis talk about how much it reminds him of Bret Easton Ellis.

(according to Senior Editor Jess) 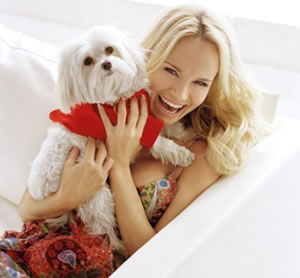 Two weeks later, Sean Hayes’ Promises Promises co-star Kristin Chenoweth writes a scathing response piece, published exclusively on Autostraddle, stating Setoodeh’s article offends her as a human being, a woman and a Christian. It is Chenoweth’s article that truly ignites a media firestorm giving Newsweek’s outward display of homophobia a platform to be analyzed on television, radio and every blog imaginable. Autostraddle is credited in The New York Times with breaking the story. Setoodeh leaves Newsweek about a month later.

(according to Style Editor Becky) 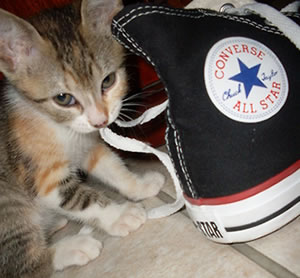 I didn’t like them when my sister wore them back in the 90s, and I wasn’t particularly fond of their early come back. If you rock clogs, than you rock, I just can’t step. Not this year, anyway.

This is a favorite trend of mine; namely because I love Amelia Earhart but also because I can really get down with a good leather jacket. I hope it sticks around in 2011.

(according to Intern Emily) 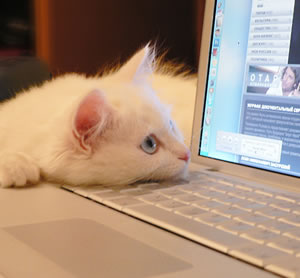 You know when you wake up and your head is actually a block of concrete instead of a head and you have to work really hard to lift it up and walking around is just like, forget about it, you have to drag yourself across the floor to get anywhere and so you think maybe it’s best to stay in bed, just you and September.

This one time i met a girl, got drunk/sang songs to her and called it love. after that the stars all seemed to mean something whenever i looked at them.

(according to Legal Eagle Jessica S.) 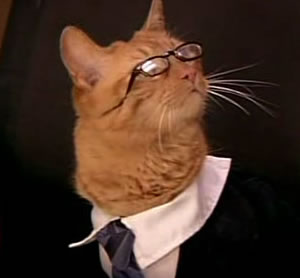 In the courts, it was a good year for the gays. Judges were basically tripping over one another in a race to decree it unconstitutional to treat us as second-class citizens, which is almost as awesome as if legislators didn’t think such treatment okay in the first place. But “best” is a superlative, meaning that I must pick just one, and therefore I must choose Perry v. Schwarzenegger (aka Prop 8). Beyond deeming Prop 8 unconstitutional, this case created an extraordinary factual record demonstrating the lack of legitimate arguments from the opponents of marriage equality. They failed spectacularly in a very public forum. It was awesome.

It was not such a good year for the integrity of our electoral process. In Citizens United v. Federal Election Commission, the Supreme Court essentially held that corporations have a constitutionally protected right to buy elections.

(according to Editor-in-Chief Riese) 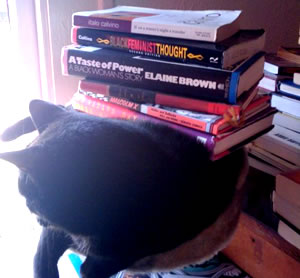 WORST: Out on the Net

I haven’t read it but judging by its cover i think it’s not really my thing. 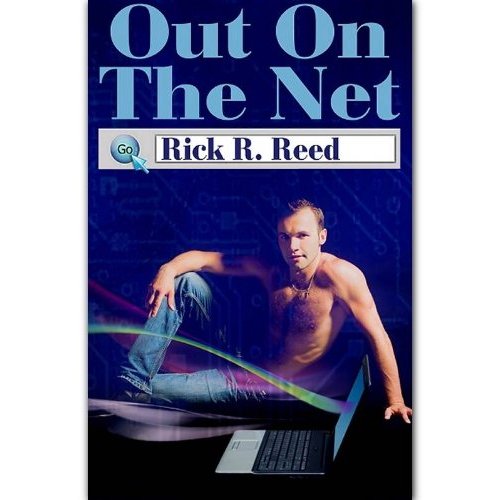 BEST: Unbearable Lightness: A Story of Loss and Gain, by Portia De Rossi

But I haven’t read Ricky Martin’s “ME” yet, so you never know.

BOOKS I WAS SUPPOSED TO REVIEW THIS YEAR BUT DIDN’T

WORST: The Others, by Siba Al-Harez

The book description looked super fascinating and then it was SO HARD TO FOLLOW. I literally have no clue what happened and I read about 75% of it. I think there was an affair and some sort of religious things happening. I even made Laura & Emily read it too but they couldn’t get through it. I don’t want to link to it because I have trouble saying any book is bad. It was probs very good. I’m just dumb maybe.

BEST: And the Heart Says Whatever, by Emily Gould

Totally going to finish this review soon though.

WORST: Broke: The Plan to Restore Our Trust, Truth and Treasure by Glen Beck

I haven’t read it but I’ve seen clips of his show on the Daily Show and I don’t think it would be my thing.

No reason necessary you just have to trust me AND EVERYONE ELSE on this one.

(according to Julie & Brandy) 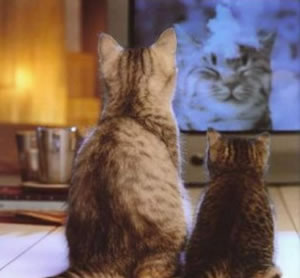 Since no one wants to make our movie (Nicest Thing: www.nicestthingthemovie.com!), or cast us in anything, we feel it is our duty to harshly judge everyone else’s work based on a sliding scale of rage, bitterness, lesbianisim, and lack of any real significant training.

That’s our philosophy in a nutshell, but there was one other major factor that came into consideration when Autostraddle asked us to choose our best and worst movies of 2010: MONEY.

Movies are expensive, and in these hard economic times, they seem like a giant waste of money (especially the shitty ones). They’re expensive to make, expensive to advertise, and last but not least, they are expensive for girls like us to go and see. Ticket prices start around $12 and go all the way up to $20 each if the movie is in 3D and playing at a douchey Imax. Then you have to pay for parking (if you’re in a major city), popcorn (if you’re not on a diet), and an enormous diet coke (no matter what). The cost of GOING to the movies is obscene (especially when you know you can stay home and watch FREE youtube videos of cats snuggling with babies before suddenly attacking them), but the cost of MAKING the movies is downright disturbing. It doesn’t matter if they make a profit or not, at the end of the day, the absolute last thing this country needs is a $500 MILLION DOLLAR movie about blue losers living on Pandora.

The Kids Are All Right and The Runaways

Unrelated and unsolicited political side note: Actually, the best movie of 2010 was Barack Obama leading the Senate to overturn Don’t Ask Don’t Tell. And we say boo! to all the people who don’t want to give him the credit he deserves.

The dead horse has been beaten over this repeatedly, but I can’t deny that obviously the worst thing that happened in design in 2010 was the Gap logo redesign.

It was such a disaster in at least 13 different ways. This is a great article about why the new Gap logo failed (@creativity-online), but you can also google “Gap logo fail” and get more where that came from. Yes, I tell you to google things. Whatever. I can’t believe things like this still happen with big corporate companies these days. So dumb.

Now onto the better and in my opinion, the best thing about 2010 — This Wired Magazine iPad app (@Mashable):

OH MY GOD ITS THE FUTURE. A lot of people have criticized the iPad which I get. It was maybe “unimpressive” or “overhyped”, but that’s fine. But I think what Wired is doing here shows that when used correctly (or cleverly?), the iPad gives designers and developers the tools to take our media experiences to the next level. I think the iPad is the first step in this new direction and the Wired app makes me excited to see what other will do with this shit in the future. 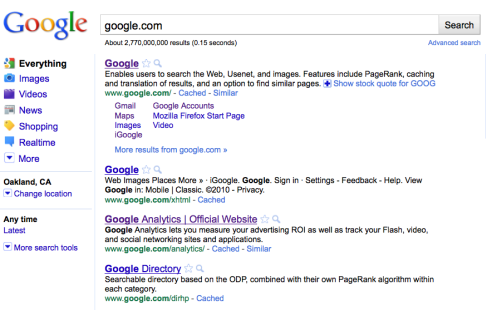 Hello Autostraddle this is Tinkerbell. As a dog who is just learning about reading and writing, I am only sometimes able to use the internet computer.

WORST:
Once upon a time I was in love and would check CuteOverload dot com every day for my future love. Now it takes such a long time to load.  I am also confused about what to do on facebook dot com besides look at the faces of my compatriots who I already see more often than they are pretty to look at. Also, everyone keeps birthing babies when I do not have as much hair ribbon as I need.

BEST:
Google dot com. You type a word into a box and they tell you where to find it. If you spell it wrong they will tell you how everybody else spells it so you never have to think any thoughts in your head. Usually they are wrong but it’s better than nothing. I also like that you can search as many words as you want. Any word at all that you want you can type it in, and they will tell you other places to find things. You can do this forever. It is like having a magnet while reading Where’s Waldo, an excellent book from before I was born.

Join A+!
Related:10 Days of Top 10sbehind the scenesLists/Top 10s