This week, Julie Goldman & Brandy Howard go to see James Cameron’s Avatar. They share all their feelings about it, and then they re-enact the film for you! Their three-minute “Gayvatar” is way better than the real thing! You will probs ROFL 10-27 times.

JULIE and BRANDY – IN YOUR BOX OFFICE.
We see crappy movies so you don’t have to.

The next episode of In Your Box Office will drop next week, which is very special. From then on out you can expect more LOLs every two weeks! 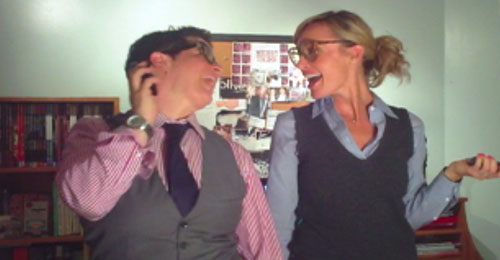