[read our review of “persistence” here]

“It’s refreshing to see an anthology reflect a remarkable diversity of perspectives on these two loaded concepts and identities.”
-Caseythecanadianlesbrarian, Goodreads

“It’s unusual to encounter literary lesbian fiction that’s also a guilty pleasure, but both terms apply fairly to this book…The novel is more about queer family–creating it and maintaining it–than about individual relationships…”
– Faith, Goodreads

“Beautifully depicted characters that come alive and don’t leave your head even after you put the book down.”
– Cem, Goodreads

[read our review of dare truth or promise here]

“Boock manages to capture the simplicity and yet the confusing complexity of the way that teens view the world creating a both enjoyable and occasionally uncomfortable read as you follow and empathise with the characters. This book also gives a great look at family interactions and cultural expectations.”
– Heather, Goodreads

“The Dark Wife was a beautiful, moving tale of a goddess finding herself in an unfair and cruel world, and reclaiming herself in the face of it. It’s definitely a must read for anyone interested in well done retellings, or a reader who’s looking for representation in a genre that only represents us a certain way.”
-Merle, Goodreads

“This is a character-driven book. It deals with relationships, friendship, sexuality, loyalty, and love. It deals with what happens to people when they let the world know they’re gay (both the good and the bad). It deals with long distance relationships, with forgiveness and letting go, with heartbreak and joy, and the discovery of self.”
– Amanda, Goodreads 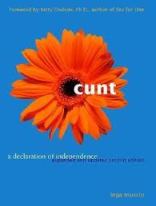 “If you let it, this book will bring a tremendous amount of enlightenment, empowerment, and freedom into your life, and hopefully a new sense of understanding and empathy towards women and what we have to deal with.”
– taryn, Goodreads

“A story of wistful beauty, love, and longing.  A strange “through the looking glass” tale, told from a unique perspective.”
– Danger Kallisti, Goodreads

“Reading The Member of the Wedding, I felt all over again the awkwardness, the unreasonableness, the misguided passion and the full-blown dreaminess of being 13.”
– Dominic, Goodreads

[read our review of pages for you here]

“Poetic and euphoric. Intense. I think it’s the kind of book that makes you fall in love with love all over again.”
– kathane, Goodreads

“The dialogue is sharp and witty, the prose descriptive without being overly so, and the characters believable. It raises such questions as, how far are we willing to go for love? How much would we risk for love? And how much are we willing to give up?”
– Sandra, Goodreads

“Transcendent storytelling meets dark and detailed illustration, all folded up into a Canadian suburban landscape. Skim captures the awkwardness, the isolation, and the crush of new feeling connected to adolescence and spins it into graphica gold.”
-Miz Moffatt, Goodreads

“Woolf’s narrative voice careens through the streets of London, inhabiting various characters’ minds—their thoughts, anxieties, fears, physical sensations—and then gently guides us along, transitioning to another character, another series of images, another complex portrait.”
-Christina, Goodreads

“She’s able to present a lesbian college relationship without a) judging it or b) writing with an obvious agenda where the heterosexuals are straw-man hypocrites. Characters aren’t good or evil. They’re confused, manipulative, understanding, bitter, loving, hypocritical, empathizable. They mean well.”
– bup, Goodreads

“A great read, some troubling thought provoking themes and an exceptionally powerful narrative in this, the best of her magnificent trilogy to date.”
– Glen Fox, Goodreads

“The plot twists and turns at a dizzying rate of speed, weaving an intricate and passionate tapestry that celebrates and empowers woman in her universal quest to know and befriend all of the complex voices within herself.”
– Jackikellum, Goodreads

“When you need a laugh, this is a go to read. Cheers up even the dreariest of days!”
– Shannon, Goodreads

“Missed Her is a short, but moving, collection of personal stories focused on Coyote’s experiences as a queer, butch, storyteller living on Canada’s west coast. Each essay is succinct, powerful, and entertaining.”
– Trisha, Goodreads

“Written in a style that will appeal to young adult and adult readers, this book is full of short stories that help gay teenagers understand that struggling is part of learning who you really are and that you’re not alone.”
– Duane Herendeen, Goodreads