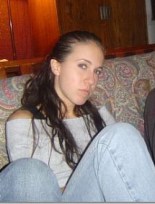 In my younger years of gayness (high school and beginning of college,) I was deliberately trying to defy the expectation of what a lesbian should look like with my incredibly long/wavy hair and careful clothing choices — I didn’t dress to look straight, but like any high schooler I did dress like everyone else, which meant tighter clothes than I wear now. At that time I really did feel like I had a responsibility to defy the stereotype… or maybe it just made it easier to fit in when I was already feeling really different. Either way, I was straddling the line between typical teenager and token lesbian without trying to be too much of either.

Eventually we all change and come into our adult selves… and cut all our hair off. Right? Right. 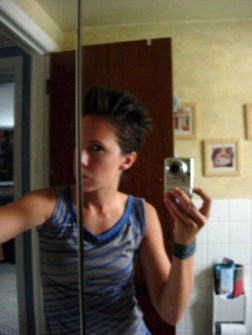 During the past two or three years, I think I’ve found a comfortable balance of androgyny in my physical appearance. Probably I’ve just become more comfortable and non-apologetic about my sexuality. I wouldn’t say I’m trying to seem gay as much as I’m just being me.

My “alternative lifestyle appearance” definitely comes under criticism from my family. Specifically the length of my hair… which usually leads me to wonder why men are held to such a different standard of appearance than women in life. It pisses me off to hear ‘Why don’t you grow your hair out?’ from my Dad who’s never had to have long hair, more than it would if like Janice Dickenson told me the same thing. Is that weird?

I have no idea what we can do to change the world, but I know I’ll probs just keep cutting and growing my hair if I want to. 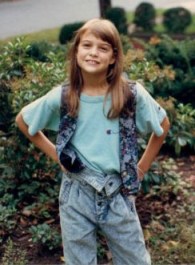 I’ll admit it now: I don’t think I read gay. I’m not sure that if you met me on the street, unless we had a lengthy conversation, you could guess my sexual orientation. I turn more heads at sports bars than at lesbian clubs. Does not bother me… anymore.

I don’t accept when people say things like, lesbians don’t carry purses or gay girls don’t wear heels, because I’m gay and I defy all those stereotypes. Sure, I went through the 6 month period where I had short spiky hair and wore baggy pants, but most of my adult life, I’ve always appeared straight to people.

It was hard to explore my sexuality when I couldn’t just say it with my hair or my clothes or my voice or even my interests.

When I was in college, I wormed my way into a group of lesbian friends at one point, but always felt like the outsider in a sea of cargo shorts and alternative lifestyle haircuts. It was hard to explore my sexuality when I couldn’t just say it with my hair or my clothes or my voice or even my interests (although I did have an Ani Difranco phase), I had to actually get to the point where I could openly ask and talk about my sexuality.  I hate hate hate the word femme and also the word girly (and also the word “panties”, but that’s a whole ‘nother story), so I will use the term supergirl since then I can think of myself as some sort of stereotype-defying superhero. 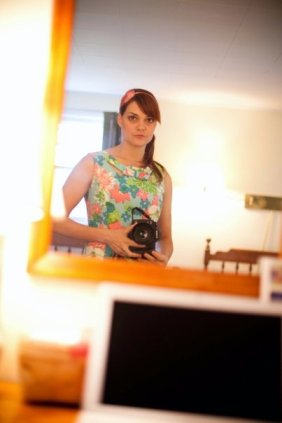 The most annoying thing about being a Supergirl is that look of shock, confusion and surprise people still have when they find out that I’m gay. I had a portfolio review with a dude that will remain unnamed a few months back. We sat down to chat over lunch and I immediately got a feeling he had taken my invitation to view my portfolio as an invitation to some sort of pseudo date. So I just came out with it, like I have to. Its hard to hint at it, since the word “girlfriend” is still thrown around even amongst young people still. He was all, “Wait wait wait, really?” and then without skipping a beat, “hot.”  No buddy, it’s hot to me, not you!  You should find this fact disappointing.  Moron.

Just like I don’t have boyfriends, I have guy friends, or man friends, or mands if you are Tyra Banks and like to invent words. (Smize = smiling with your eyes)

Being a supergirl has given me certain advantages: Men love the supergirl.  They do.  Its a gross fact, but I’ve come across many straight men, and surprisingly many gay men, who think it’s just so adorable that I’m queer. So in a way, I guess being gay for me has never been a disadvantage.  At the same time, I know there have been many many people in my life who waited, and maybe are still waiting over five years later, for my “phase” to end.  Some who might look at me now and say, “who is she fooling!?”  If it weren’t for ladies like Portia de Rossi, no one would have a point of reference for a girl like me.

But alas, I’m queer and I love having long red hair and wearing skirts and dresses with heels. The higher the better. I love curling irons and mascara. It’s how I feel my best.  It’s who I am.  So when people are confused or surprised or just plain oblivious, I tend not to take it personally.  They are either ignorant or just plain old.  On another note though, I don’t think it’s surprising that if girls like me are gay, that men still hit on “gay looking” women.  After all, have you ever been to Williamsburg, Brooklyn?  It’s crawling with girls with alternative lifestyle haircuts on the arms of my skinny-pant-wearing boys.  As we progress as people, the fluidity of sexuality, gender and the outward expression thereof should be accepted and embraced.

NEXT PAGE: Riese and Tinkerbell