Hi there, sluggers! Wanna have a catch? (No, I’m still not over A League of Their Own.)

This week, Dani Janae wrote about the shape, textures, colors, and press-on nails of feeling like a powerful femme dyke.

Nico went down the nonbinary Popeye Twitter rabbit hole — what a gift. I yam what I yam!

Em had a sci-fi girl summer.

This was lovely: Thick as Grenadine.

KaeLyn helped a reader who can’t get their exes out of their head.

Yellowjackets is offically in season 2 production!! I can’t with cannibals but I will support Melanie Lynskey to the ends of the Earth.

On Which Gay League Of Their Own Character Should Be Your Girlfriend?

The Aunties and Berties Award to aj: 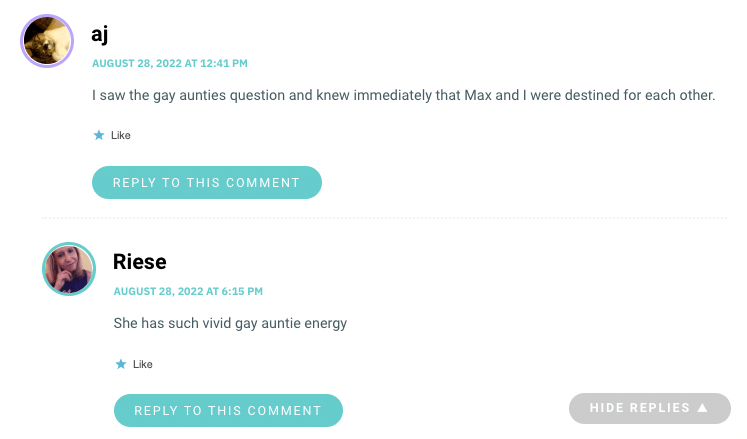 On Pop Culture Fix: Cate Blanchett Is a Lesbian Mommi With Control Issues in “Tár” Trailer:

The Caroling Award to Lu: 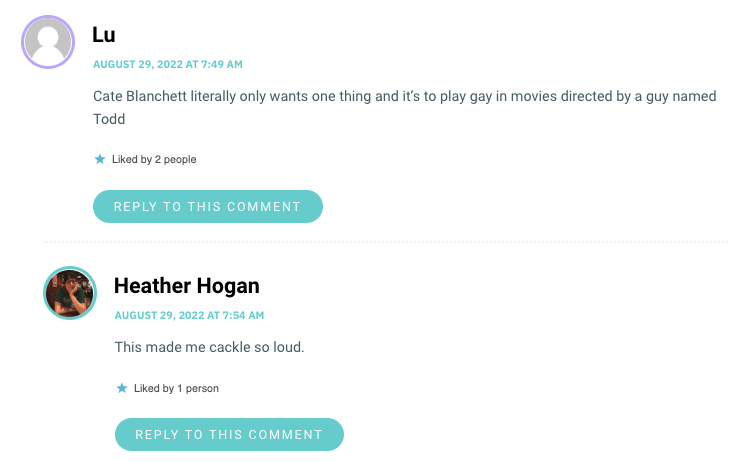 And the Time Lord Award to Elysianna:

On Thick as Grenadine:

The Compliments to the Chef Award to Cassie: 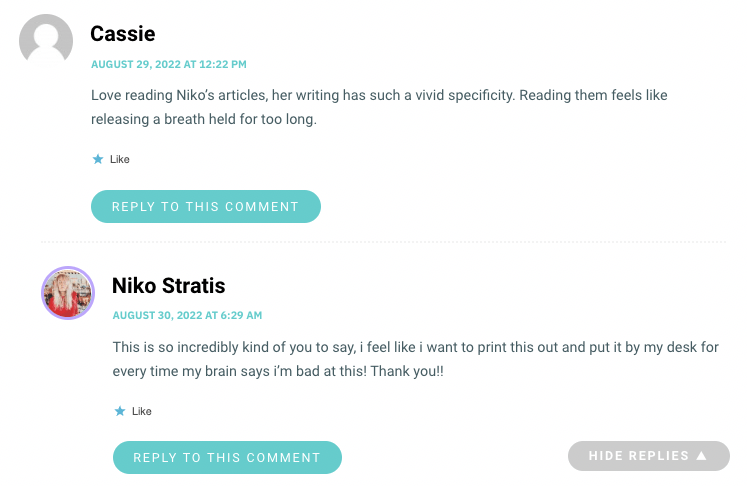 On No Filter: A Rare Kristen Stewart Sighting on Instagram! What Does This Portend?

The Practical Magic Award to

On “Yellowjackets” Season 2 Is Officially in Production:

The Out Back In The Shed With The Maps and Red String Award to brx: 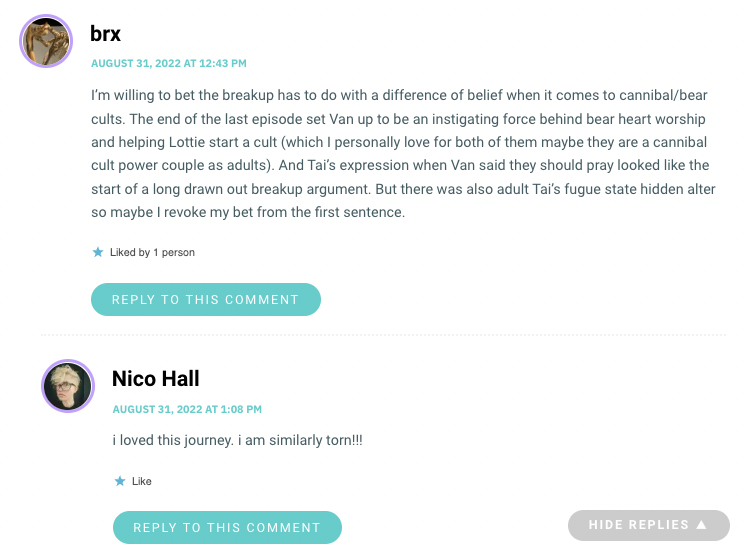 And on Pop Culture Fix: Tessa Thompson Is Heading Back to Space in Sci-Fi Thriller “Ash”:

The Okay, Fruits! Award to Natalie:

Darcy has written 312 articles for us.