I don’t understand emojis, but I think I like them. We just started using Slack, and everyone on the Autostraddle team uses them in such lighthearted and hilarious ways. Could I do that? Do I dare to emoji a peach? On the one hand, this is obviously a very low-stakes decision. But on the other hand, language mediates our entire perception of reality! Words matter. Emojis matter.

I think what I appreciate most about them is their extreme efficiency. “Parsimonious” is my favorite word (if not my actual communication style), and emojis are nothing if not that. A few choice character selections can communicate remarkably complex ideas. You can represent entire people, even! Like, Laneia: custom flaming sword emoji. Gabby: three lightning bolts. Me: …sparkle heart, maybe? Pizza slice? This needs further investigation. 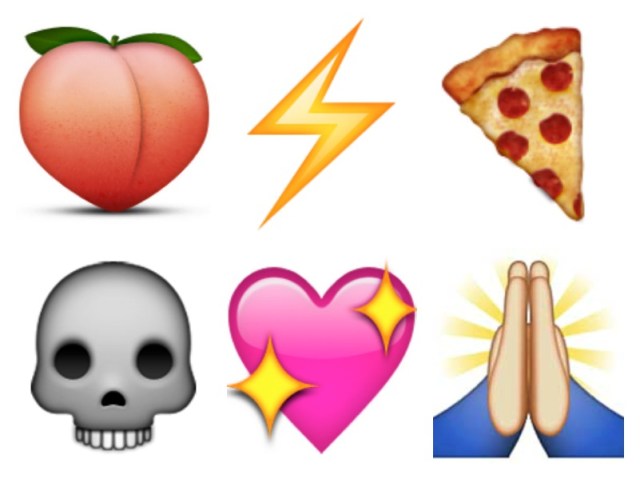 Emojis are amazing. I’ve been emoji-ing everyone I know, and have been utterly delighted by the results. I’m just going to put it out there: women are way better at emojis than men. I believe this is because a) women are better than men at everything, and b) men are given a pass in our culture on such fundamental life skills as emotional awareness and interpersonal communication. Since emojis basically exist to communicate feelings on a more advanced level than straight up text, men tend not to be great at it.

I know it’s not their fault, so I try not to hold men’s emoji deficiencies against them. Some days I’m more successful than others.

One time a man sent me a non-sequitur snake and bug eyes, though? I don’t even know. 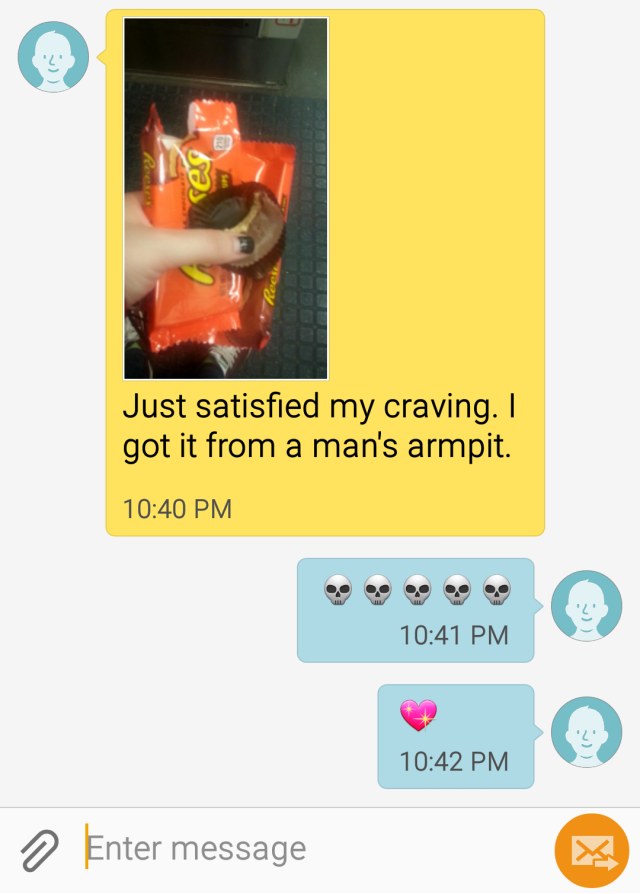 “I love emojis,” I babbled at an attractive friend as we walked. “They’re either very clever or entirely inscrutable. Which is how I’d like to be at all times.”

“Oh, that’s totally you! That could be the title of your memoir: The Emoji Woman,” she joked, and I found myself wanting to wrap myself up in her laugh like bedsheets. After I went home, we continued conversing over text. When she started sending me strings of silly emoji, I swooned so hard I almost died. Romance in 2015 is a funny thing.

Weeks later, I was having after-dinner drinks with a couple friends from A-camp. “I love flirty emoji combinations,” said one. “Oh, me too. Like beers clinking and the screw.” “Yep! Or like, the tongue and then the water droplet.”

“Wait, what does that mean?” I puzzled aloud. “I don’t get it.” They stared. I blushed. They waited while I racked my brain. Nothing. Finally, one reached out to pat me on the arm. “Just think about it,” she said pityingly. “You’ll figure it out.”

I did, to my embarrassment, about 10 minutes later. I think if someone sent me that combination of emojis for real, I’d probably melt into a puddle on the floor and stay that way for several weeks. I just couldn’t handle it. But I’m so glad other people can, you know? God bless lesbian emoji power users. 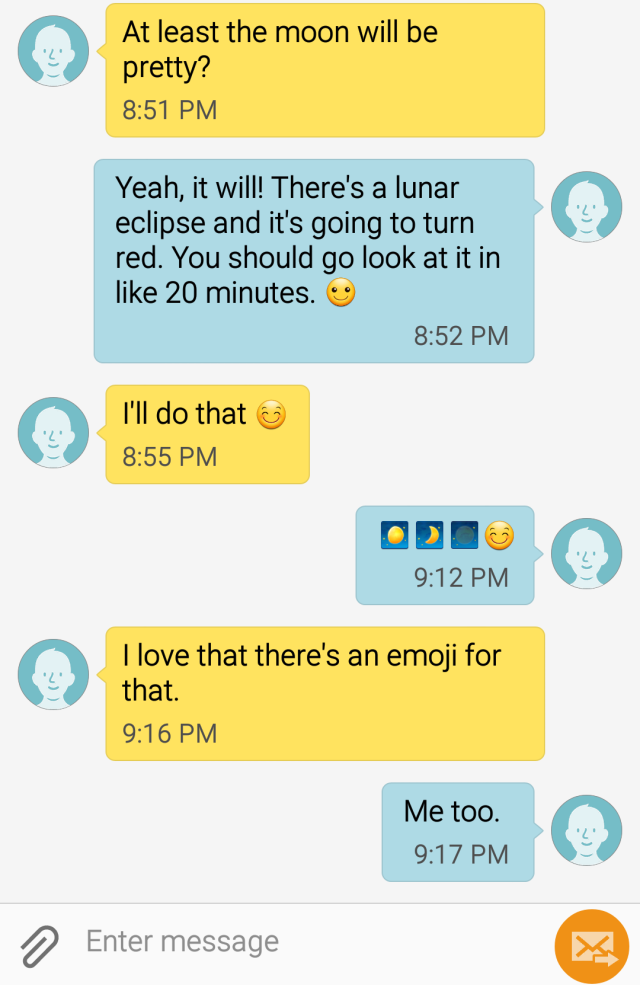 “Often I am permitted to return to a meadow,” he began and I pressed my cheek into his chest. At first I nestled in to feel the soft, low rumble of his baritone, but as the poem went on, I found myself holding the position to conceal the confusion on my face. What’s going on here? I wondered. And, uh, why? When I Googled the poem the following afternoon, the only thing I figured out for certain is that nobody really knows what that poet was going on about. Also: I’m not real crazy about having my vagina compared to a meadow. If that’s even what happened.

Reading someone poetry in bed is basically the same as speaking to them exclusively in emojis. If you’re trying to communicate ideas or hold any form of conversation, you really need to throw in some subjects and verbs. Punctuation! Simple sentences! There can be too much of a good thing, and you’ll know you’ve reached that tipping point when I begin interrupting perfectly good conversations about nachos to DTR or otherwise discuss feelings. Which is never the thing I want to be doing. I would always prefer to be talking about nachos. 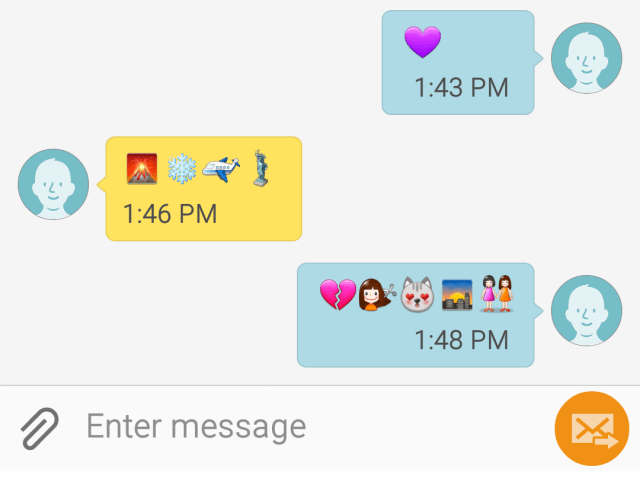 Do you know what ambiguous digital icons are great for? Being ambiguous! Responding without actually saying anything! Emotionally holding other people at arm’s length, which, as it turns out, is where I like to hold most people!

Emojis are a boss bitch move. Emojis assert dominance. She who emojis first sets the tone of the conversation. She who emojis best controls the course of the interaction that follows. Aggressive emoji use can put the other person on the defensive. A few sharply placed emojis can put the other person on the spot to step up and demonstrate their own skills. Or if you hit the sweet spot with ambiguous emojis, it can cause an immediate crisis of confidence wherein they call their friends in for backup help interpreting your texts.

These are not nice things to do, mind you. But who demands you be nice all the time? Agents of the patriarchy. Fuck that noise. Emojis forever.*

*By which I mean: emojis 2015. Who knows how I’ll be feeling about emojis in two weeks.