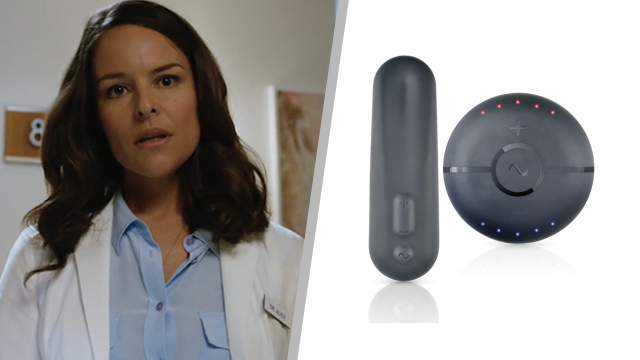 In love with a criminal mastermind (slash her step-mom) while dating the detective trying to track her down, spending time in asylums, and used as bait — Luisa just can’t seem to catch a break.

Stef and Lena, The Fosters
We-Vibe 4 Plus 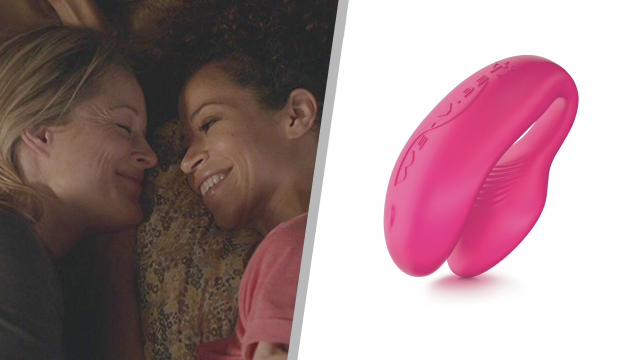 Sexy flawless wholesome lesbian dream-wives-in-love Stef and Lena are maybe going to be okay and are really good at having sex with each other, occasionally in pools, and not letting kids and cancer and such get in the way. 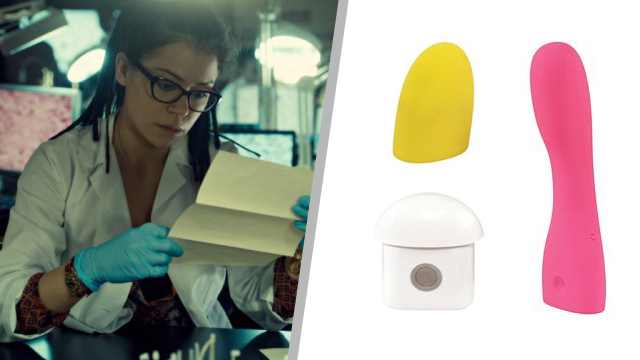 She’s brilliant and hangs out all the time in sex I mean science gloves, what’s not to like?

Cosima likes to handle things like researching a cure for her Leda Lung Syndrome herself, which is why she’d love the Je Joue Ooh, a modular system of sex toys you put together like the best IKEA experience of your life. The motor and the bodies of the toys are separate and interchangeable, making owning multiple toys cheaper and expanding your collection easier. 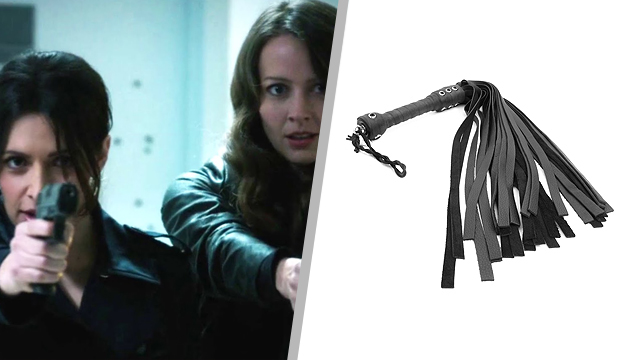 What would a supersmart vaguely sociopathic hacker and a former CIA assassin/definitely sociopathic supersoldier do together in bed? Mostly we know that Shaw rips Root’s clothes off, that they both have a hard time connecting to the world, and that they both have to be reminded regularly not to kill people, which makes me imagine their sex life as full of consensual eroticized violence.

The Full-Size Cowhide Flogger has a weighted and balanced nine-inch handle and 30 half-inch-wide, 21-inch-long cowhide tails. Root and Shaw would probably use this as a light, friendly warm up. (On days they warm up.) 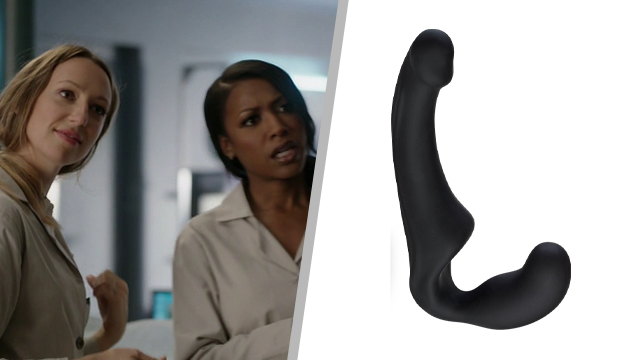 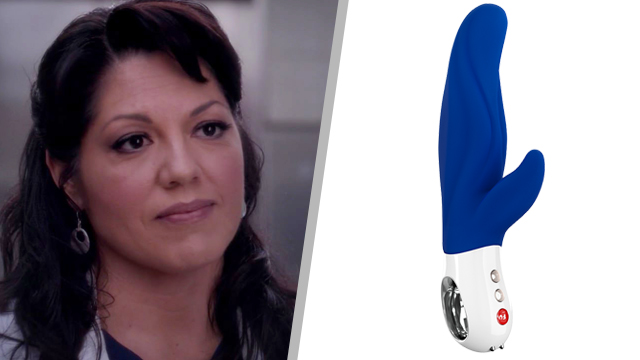 Rockstar orthopaedic surgeon Callie Torres is refreshingly unashamed for tv and into dancing in her underwear, which the world needs more of, frankly. And her divorce just got messier! 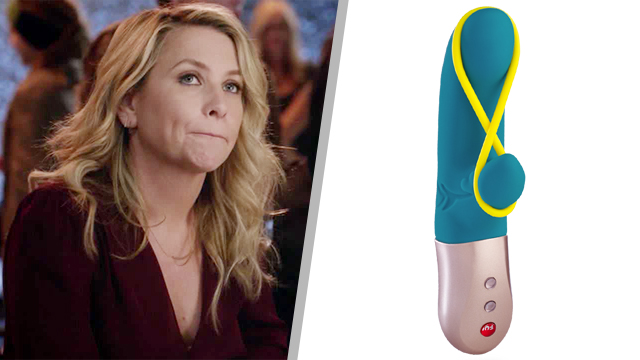 No one sums up Arizona better than Stephanie in season 12: “You are kind of a legend with the interns and residents. You’re one of the Seattle Grace Five. [You survived a plane crash.] And a car crash. And a shooting. You might be immortal. You mastered one of the most exclusive specialties basically overnight, and then you took Herman’s job and her eyesight. You have screwed dozens of interns, and you got them all fired.” Also you’re a womanizer and entering a custody battle!

Annalise Keating, Esq., How To Get Away With Murder
Lelo Mona Wave 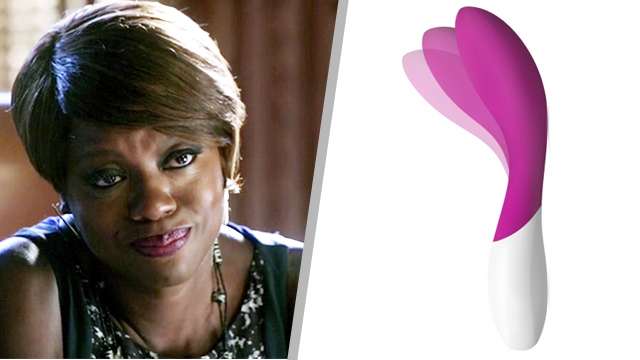 Annalise Keating is a high-profile, supersmart defense lawyer and law professor who doesn’t fuck around, except when it comes to moving to New York with her one true love Eve so they can live happily ever after, which for some reason is not the direction the show is going in (yet!).

The Lelo Mona Wave combines the beloved shape of the Lelo Mona with an up-and-down wave motion targeting the g-spot (it can also vibrate like usual). It’s a hero to Annalise’s anti-hero. She’d probably pair it with some Lelo Personal Moisturizer lube and Lelo Antibacterial Cleaning Spray. 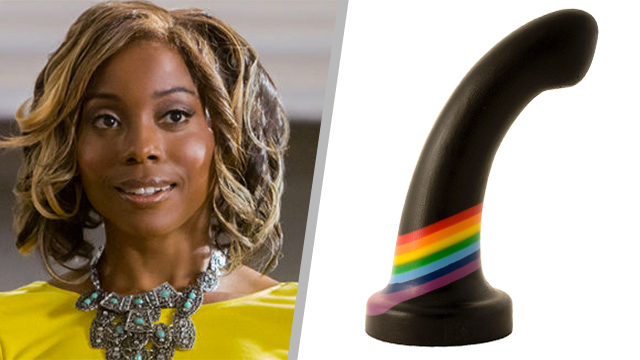 M-Chuck is so gay. Just really gay. She’s also smart and anti-slut-shaming and “one of the most refreshing queer characters on primetime” which is great, too. 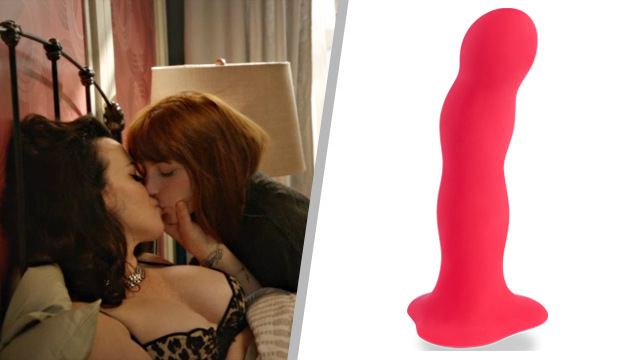 Maggie is a 40-something lesbian artist and the voice of reason on Younger. She also hosts sex parties (well, one party, but fingers crossed)! 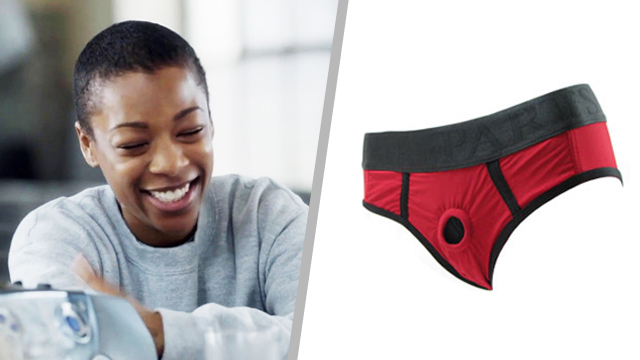 Poussey is arguably one of the most compelling characters on Orange Is The New Black, and not just because everyone has a crush on her. 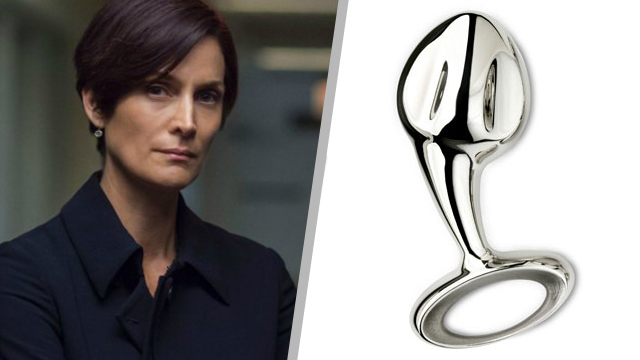 I envision her toy closet — because it’s probably a closet — as immaculate, well-stocked, and shinier than her perfect hair. The shiny solid stainless steel Njoy Pure Plug 2.0 has 3.5 inches of insertable length, a two-inch diameter, and a weight of 1.31 pounds, making it as intimidating and impressive in the courtroom as it is in the bedroom and excellent whether Jeri wants to practice relaxing or whether she wants to consensually force someone else to. Jeri doesn’t fuck around (except when she’s fucking around), and neither does this butt plug. Plus it’s very easy to sterilize, to keep her lesbian love triangles from getting even messier.