Whatever you’re doing, this is your safe space to share all your Thanksgiving feelings all weekend long. How many potato products do you plan to consume? Has anybody tried to shame you for being passionate about green bean casserole? Have you had to listen to any relatives endorse Donald Trump, Ben Carson, defunding Planned Parenthood, or turning away Syrian refugees?

Autostraddle’s very first holiday open thread EVER happened on Thanksgiving 2009, when your relatives were very angry about Adam Lambert, very excited about Glenn Beck, and at least one young woman’s cousin insisted she was a boy named “Andy” for the entire meal. Furthermore, Robin drank pink wine from a box with her grandmother who told her that she doesn’t like vegetables because they are “sexless.” I don’t know about you, but that sounds like a PERFECT Thanksgiving to me.

I hosted that 2009 Open Thread ’cause I spent the day alone in my apartment, working. I’ve never been a huge fan of Thanksgiving, really, because it’s an entire holiday centered on what is essentially just a large meal that makes everybody feel terrible afterwards. But you grow up and these things start making sense — how it’s the calendar forcing you to face your friends or family or make an occasion out of a day. You eat things that remind you of things you’ve eaten before, you place a value on togetherness for its own sake. 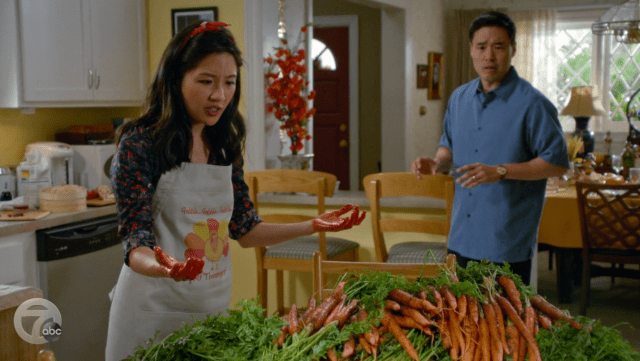 Thanksgiving: a time to get really ambitious about what you are capable of cooking

Last year, my fiancé Abby and I had a Friendsgiving in California — ten or fifteen A-Camp friends in one small apartment, ranking Disney movies, playing Scattergories, taking naps, being quiet sometimes and too loud at other times. The four years prior I’d been with my then-girlfriend Marni — twice we had Bren and Carrie over and Carrie always made an amazing dessert, once Haviland and her future fiancé Ashley came up from Los Angeles and everybody sang Indigo Girls and told their life stories. In 2011 we went to a Friendsgiving celebration in Oakland with one wonderful friend and also a bunch of really wonderful people who weren’t really my friends and didn’t want to be, and I mostly felt lonely and sad that I wasn’t clicking with any of these new people in California and would I ever? And was she ready to go home yet? I remember that cold porch, everybody laughing, somebody playing guitar, and a cave in my stomach as big as the happiness I wanted to feel.

In New York, Thanksgiving was haphazardly celebrated, but usually with Haviland, and we’d make a video, or one of us would have a mental breakdown. One year my brother flew in from New Orleans with a dish of macaroni and cheese on his lap and I wanted him to think my life was cool so I invited tons of friends over  — one-third sex workers, one-third actress/model/singer aspirants, one-third both — and, of course, Haviland, and also the girl I was dating. I was nervous about it ’cause my brother had never seen me with a girl before but there she was and it was okay and she slept over and we all managed to live through the night into the next day.

In 2005, in East Harlem, I made an entire Thanksgiving dinner for a friend I barely knew. In 2004 I was alone all day, and my boyfriend brought me a plate at night after he got off work.

So then, 2003. 2003 I was still in college, in Michigan, so that must have been the last time I spent Thanskgiving in Ohio, which’s the place I spent most Thanksgivings growing up, and where I’m going this year, too, with Abby. It’s where most of my Dad’s family still lives. How did it become 12 years since I’ve done what I was raised to feel was The Thanksgiving Tradition? I’m excited to be there, and excited to be there with Abby.

Thanksgiving has become one of those holidays you don’t always have to go “home” for anymore, which means sometimes we have some really random Thanksgivings where we do things that are entirely unrelated to Thanksgiving. I think we’ve also reached a point in society where we realize that chaotic holiday air travel is the rule, not the exception, and that it might be best to avoid it altogether. 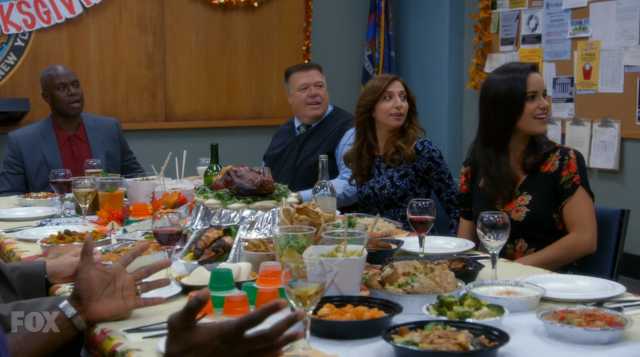 Thanksgiving: Not Necessarily a Time for Family

I think my weirdest Thanksgiving was the one in 2005, where I had over that fairly new friend I’d met at my internship. We’d figured out that neither of us had plans, and so what the hell, let’s do Thanksgiving together! I legit prepared a whole Thanksgiving feast — in disposable aluminum pans, as I recall — for two people. She was cool, but about as awkward as me, so, eventually we resigned to watching The L Word on DVD. Although there’d never been any sexual energy between us, I remember thinking maybe we should just make out, so that it makes sense that we’re both here. (We didn’t.) That’s when I learned it’s better to have Thanksgiving alone than with somebody you barely know, ’cause it’s hella awkward.

Awkward Thanksgivings abound, y’all. Like the year I brought my boyfriend with me to Ohio. I didn’t really like him anymore. He kept complaining that my Grandpa wouldn’t stop talking to him, which is against the Golden Rule Of Meeting Relatives (I can talk shit about my family, but you cannot talk shit about my family!), and he made us leave on Thanksgiving so we could get up at 4 AM the next day to go to Best Buy. Or the year I was visiting friends in New York, and one of our friends apparently got her period at night and bled all over the host’s roommate’s bed and was so embarrassed about it that she got up, washed the sheets, and then took a train back home before we woke up?

What is your weirdest / most bizarre / most awkward Thanksgiving memory? Or your funniest? Did your Thanksgiving ever involve your two older cousins who knew how to do makeup and be girls giving you a makeover, like mine did in 1989? 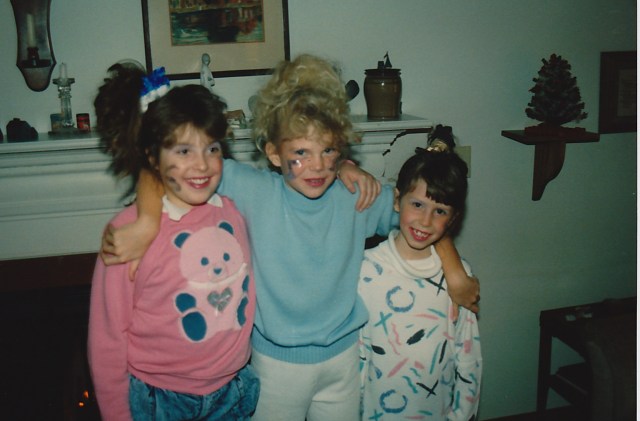 So tell me your stories! Tell me stories about this year, last year, a million years ago, or about a different holiday if your country doesn’t celebrate this one! Tell me about heartwarming traditions and weird ones! Tell me every weird thing a relative says to you within the next 72 hours! TELL ME EVERYTHING. What’s your favorite kind of pie? I’m just wondering! 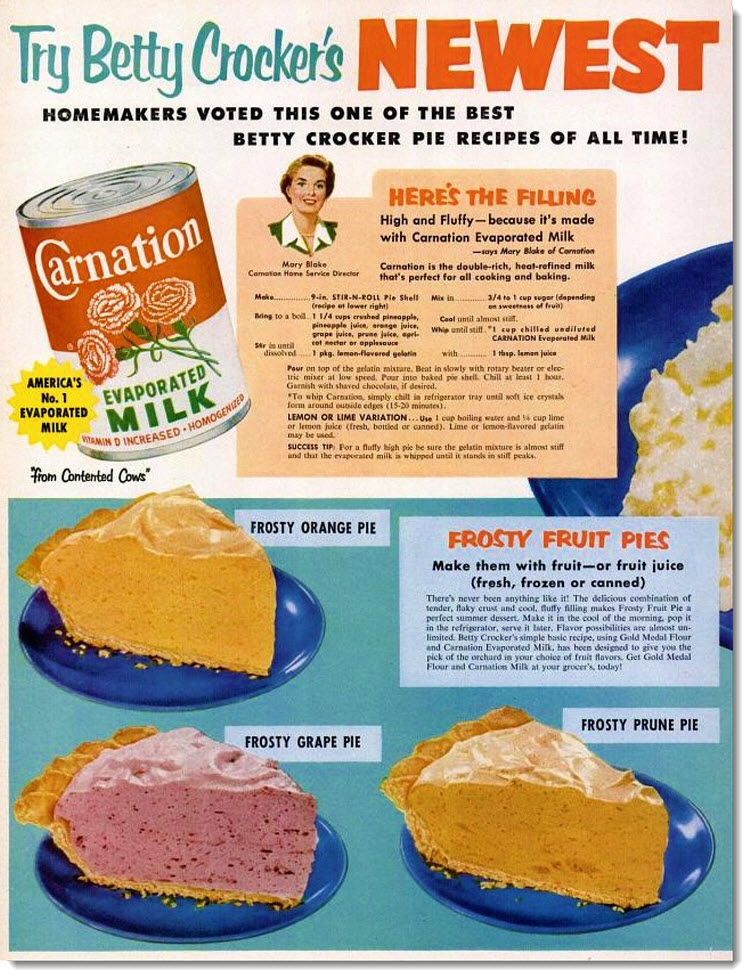 Is it Frosty Prune pie? Be honest.