Happy Hamilton Day, friends! This week, Riese made you a list of 25 Broadway musicals you can stream online and chased down everything new and gay and streaming on Amazon, Hulu and Netflix in July. Heather swooned about season two of Harley Quinn and shared her lists of favorite TV shows and lesbian movies. Carly and Riese discussed the season four finale of The L Word on an all-new To L and Back. And Stef brought you good tidings and news of Taylor Schilling’s new girlfriend. 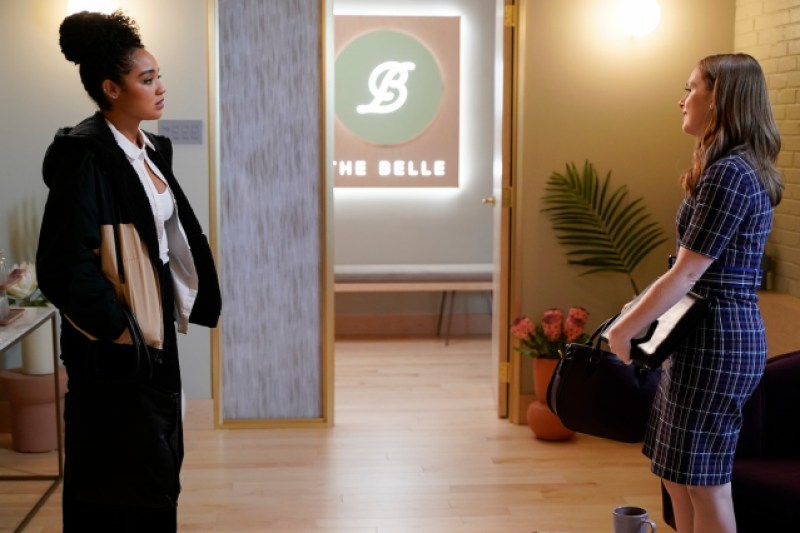 We all saw this coming. From the moment Ava Rhodes took that long, lingering look at Kat in the midseason finale, romance between the two felt inevitable. And, truth be told, I was okay with that — “enemies to lovers” is one of my favorite romantic tropes — but last night, as The Bold Type stepped closer to the inevitable, I found myself begging the show not do it.

After her first attempt at making her podcast pilot disappoints, Kat’s in search of another Bell member to interview for her debut. No sooner than the words are out of Kat’s mouth, Ava slides up to the bar and orders a dirty martini. Kat and Ava trade barbs — which, coupled with the furtive glances, feel more flirtatous than offensive — while Jane and Sutton sit stoically nearby, desperately hoping to avoid the Safford board member’s attention. Drink in hand, Ava slinks away and Sutton and Jane are quick to voice their disdain. They both saw Ava’s recent television appearance, where she advocated for hardline immigration, and while there’s obvious scorn for her position in their voices, both Jane and Sutton admit that Ava’s eminently watchable. Suddenly it’s clear what Kat needs for her podcast: an interview with Ava.

This is the point at which I know this episode is going to be a shitshow. You know what makes someone unwatchable, in my view? Espousing a policy that denies safe haven to refugees, that separates family and locks kids in cages. Giving people space to spew dangerous rhetoric because they’re attractive or charming or engaging is how that dangerous rhetoric starts to appear not-so-dangerous. The ability to silo those things — to separate the person from their rhetoric — is the height of white privilege. But I digress…

Later, Kat crosses paths with Ava again and takes the opportunity to ask her to participate in a podcast interview. Ava’s stunned by the offer to “debate the issues” but declines, doubting Kat’s ability to “fairly engage with conservatives.” Kat promises to reign it in for the podcast but Ava remains unconvinced. Convinced that her podcast won’t be greenlit without an interview with Ava, Kat takes Jane’s suggestion: she goes to one of Ava’s Republican mixers in hopes of proving her wrong.

Dressed in her most conservative outfit, Kat approaches a group at the mixer and tries to engage. Ava overhears a conversation between Kat and the group of women — they find common ground in a mutual disdain for the Democratic Party — and is impressed, but not convinced, by one discussion. They join a conversation between two women about identity politics and political correctness. Kat’s willing to defer to the women, initially, but when one suggests that kids are being bullied for being straight, she can’t bite her tongue any longer. Ava tries to calm the growing tension but Kat dismisses her, claiming that the discussion would be better handled by someone queer. Kat continues arguing until she can’t tolerate their bigotry anymore, but, before she can escape the mixer, Ava stops her and agrees to do her podcast.

The podcast goes… well? I don’t know really, I guess we’re supposed to be charmed by it — Kat certainly is — but I absolutely am not.

Kat: Okay, so when the issue of identity politics comes up in your circles, how do you combat the stigma that the conservative party is overall homophobic?
Ava:I don’t combat it at all because it’s none of my business. I don’t think that it should be brought up nor should that fire be fanned because sexuality whether homo, hetero, pan, A, or other, it doesn’t define a person.

Since its first season, the writers of TBT have struggled with balancing Kat’s intersectional identity. They only seem capable of engaging one facet of her identity at a time. But that’s not how we — biracial black queer women, like Kat and I — move through the world; the world doesn’t permit it. Addressing homophobia but not racism, as if Kat isn’t oppressed by both forces, does a disservice to the character’s authenticity. Ultimately, it’s all just a means to an end, an effort to get to the big reveal about Ava: she’s a lesbian.

“I am a Republican woman who is not defined by my sexuality because sexuality is not a personality trait,” Ava proclaims. “Just because I don’t wear it on my sleeve doesn’t mean that I don’t get to claim my space.”

(Apparently, it’s enough of a personality trait for her to offer tacit support of her father’s financial backing of conversion therapy but I guess we’re just supposed to forget that happened.)

“And identity politics are…very tricky,” Kat responds, so clearly smitten with Ava that she has to adjust her collar. She’s so taken by the Republican pundit that later, as she’s in bed with her date, she calls Ava’s name as her date dips her head between her legs.

But identity politics aren’t tricky. As Brittany Packnett Cunningham once pointed out, they are a dogwhistle and a command. A dog whistle to those who are anxious about losing power in a diverse society and a command to silence the marginalized. Hearing this show’s biracial black queer character, who just a few episodes ago gave up so much for her principles, being forced to treat them as a legitimate thing is repugnant…only outdone by the likelihood that Ava’s redemption arc runs through Kat.

In the penultimate episode of Season Two, things are going sideways to say the least. But somehow, despite Murphy’s suspicions, and Jess’s trust through her hurt was founded. Sterling is really being true to her word. She genuinely loves Jess and has marched her way to the police station and tells them all about her ex-girlfriend Sam’s crimes. 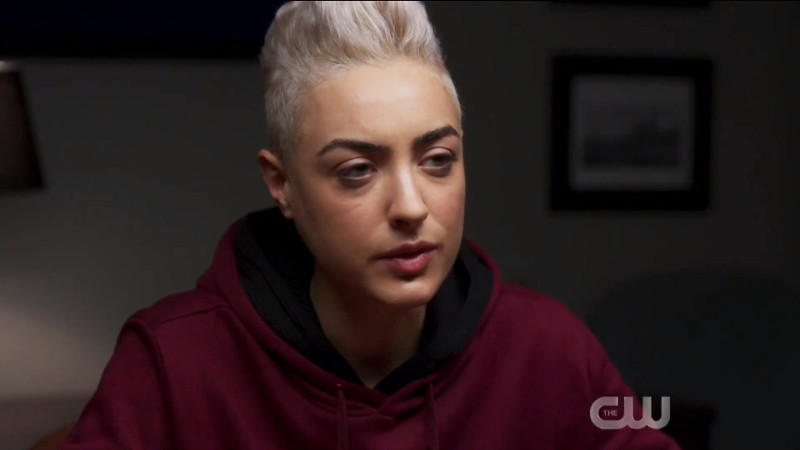 Sterling has given me whiplash re: my feelings about her but I’m back to being Team SterJess. Jessling? I ship it.

The detective is dubious; why would Sterling admit to knowing about these crimes, to even driving Sam home from murder of Dean’s ex-partner, if she would just be implicated for aiding and abetting? Sterling insists she’s telling the truth, and she just doesn’t want Sam and Vincent (Nia’s right-hand man) hurting people. Specifically her ex-fiancée but also Jess’s friends.

Between all that and Murphy pointing out that even though Jess wasn’t quite her real self while she was with Sterling but her feeling were real, I’m starting to wonder if maybe we’ll get our happily gayly after after all.