Riese and I decided to collaborate on the Brittana wedding episode recap, so she watched with her amazing girlfriend, Abby, and sent me her notes, which you will find lovingly folded into this recap like when you bite into a chocolate and (surprise!) there’s caramel inside!

It’s Brittany and Santana’s wedding day, and so everyone — except for Quinn, who is not here, which makes zero sense and is never even addressed in the episode, despite her absence glaring like the sun on sheet of fresh snow — descends on a barn in rural Indiana where Santana and Brittany have decided to get married. For one thing, same-sex marriage is illegal in Ohio. And for another thing, Jennifer Coolidge gave birth to Brittany in this very barn on accident like a kind of Mary/Jesus thing. Gloria Estefan feels very grossed out about the story of Brittany’s barnyard birth, but she’s all in on the wedding, so she says she can work with this situation. 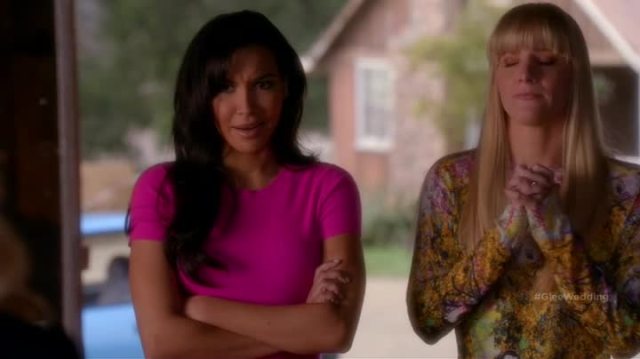 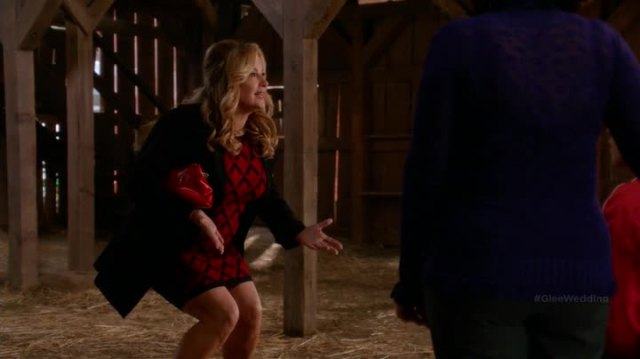 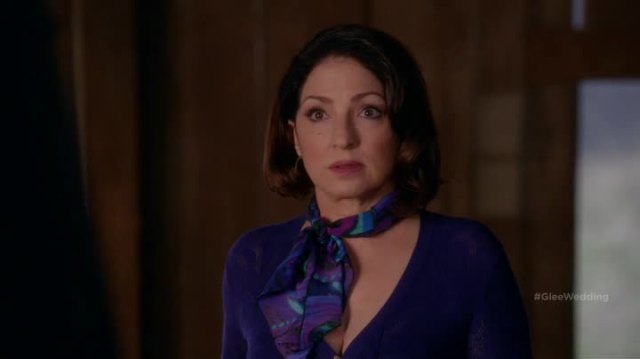 Whoa, the rhythm really got her.

Tina is not interested in working with this situation. She’s wearing heels and of course they’re making her drag 700-pound bales of hay around. But Kurt ignores her protests because Brittany is hardcore freaking out about getting married on this farm. She’s pretty sure this building is structurally unsound, and Martina Navratilova rejected an offer to officiate the ceremony owing to the fact that she is not ordained and also has no idea who Brittany and Santana are. Kurt calms Brittany down and offers up his dad to preside over the ceremony, which feels just right, actually.

Riese: Santana’s happy ‘cause there aren’t any men in this scene. (Also, Artie’s shirt is hurting my feelings.)

Three different times in this episode, people make reference to this barn crashing or catching on fire, and when you add that to the scene a couple of episodes ago where everyone was angels, I was 100 percent convinced this was going to end with every Original New Direction-er dying, and like a fade-to-black shot of Quinn standing in the rubble holding a flamethrower. Just the ultimate Fuck You, is what I was convinced was going to happen. It did not, though, and I enjoyed the episode a lot more the second time through when I wasn’t feeling like Emily Fields, waiting for a car to drive through my living room wall at any second.

Riese: Brittany thinks the barn is gonna fall down and kill everybody. That’d be quite a season finale! The next five episodes would just be funerals / musical tributes. Sorry I’M DARK. 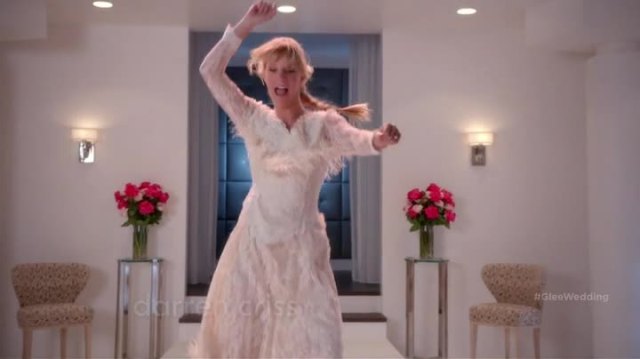 If Britney Spears shows up and tries to steal my thunder, I’ll be like WHAM! POW! 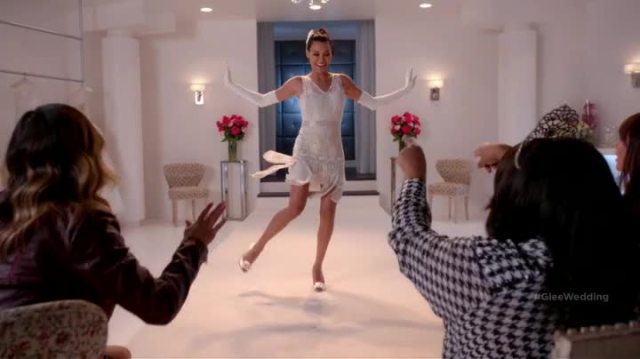 And I’ll kick her in the shins!

Riese: It’s Say Yes To The Dress Starring Santana Lopez. They’re doing hokey dancing so the girls can envision how these dresses would hold up in the worst case scenarios.

Brittany wears The One, and Santana sees her, and Brittany flips her shit. The next day, she brings a chicken into the choir room to ritualistically slaughter it to counteract the bad luck, and then one of my favorite Brittana scenes ever. Santana pulls her by the elbow to the door, goes, “Nope. No. Put it down. This is ridiculous.” And Brittany goes, “This is your lucky day, sir.” And they just sit the chicken on the floor in the hallway and close the choir room door. 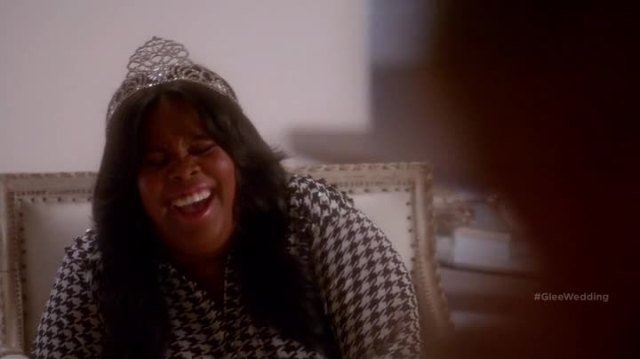 Ha ha ha! Oh, man! I cannot wait to get out of here and start touring with Beyonce! 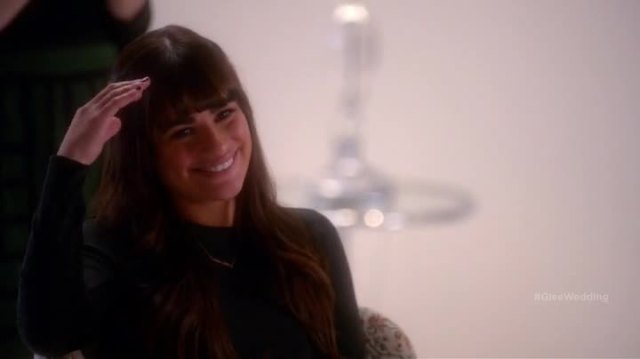 Is Mercedes really going on tour with Beyonce? 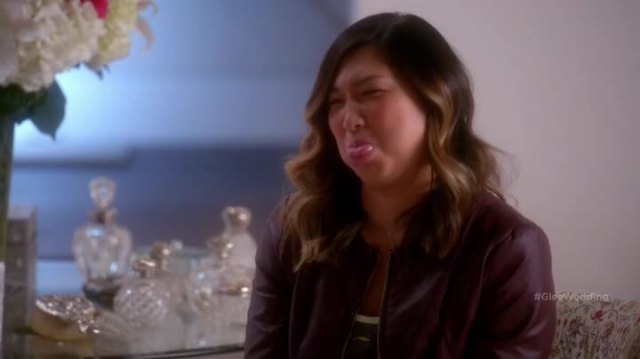 I never get to go on tour with Beyonce!

Mercedes and Rachel try to help Santana and Brittany work out their seating arrangement but it’s weird because Rachel doesn’t want to sit next to Sam because she doesn’t want to upset Finn’s mom, and then there’s the question of where to put Sue, and Santana says if Sue comes, she will not be attending. Mercedes wisely points out that inviting Sue means there’s an 80 percent chance she’ll ruin their lives, but not inviting Sue ups that chance to 100 percent.