Annie Mok’s gorgeous and heart-wrenching comic Screentests includes two separate comics – Pictures of Candy Darling and Body Language. The first tells the story of Mok’s quest to find out about transgender legend Candy Darling and the personal growth that the author experienced during that time. The second is about Mok coming to terms with being sexually abused as a child. While the stories can be hard to read due to their subject matter, I’m extremely glad that I got my hands on a copy of this book. It’s full of beautiful smudges and scribbles of blue that give it a warm, but distant feeling, and the writing is to the point, but still manages to flow and stay poetic. If you’re looking for an amazing chronicle of what it’s like to struggle with body issues, trauma and gender, you need to get a copy of Screentests. 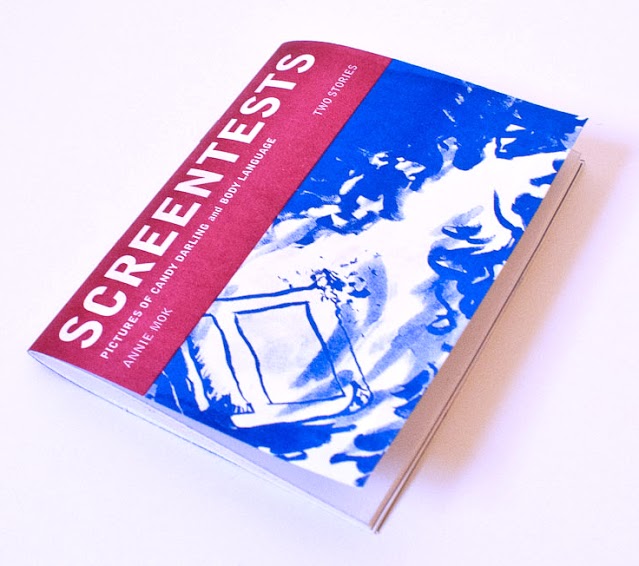 The first story in the book is Pictures of Candy Darling, which opens with a strip of photos from a photobooth of the woman who gives the story its name. If you don’t know who Candy Darling was, she was a trans woman, an actress and a Warhol Superstar. As this comic states, she sadly died in 1974 at the young age of 29.

I got drawn to Candy Darling through references made to her by the Velvet Underground (in the song “Candy Says”) and the Smiths (on the cover of the “Sheila Take a Bow” single). Because I stopped and started on the project many times, why I resonated with Candy changed me, and changed along with me. When I started the project, I identified as a cis male and was very much under the sway of a lifetime of abuse conditioning. Back then, stories that seemed hopeless or tragic to me rang true to me. After transitioning and beginning to process the abuse I’d gone through, I focused more on her agency, and felt more frustration than sadness about how she died due to circumstances surrounding institutional transmisogyny. 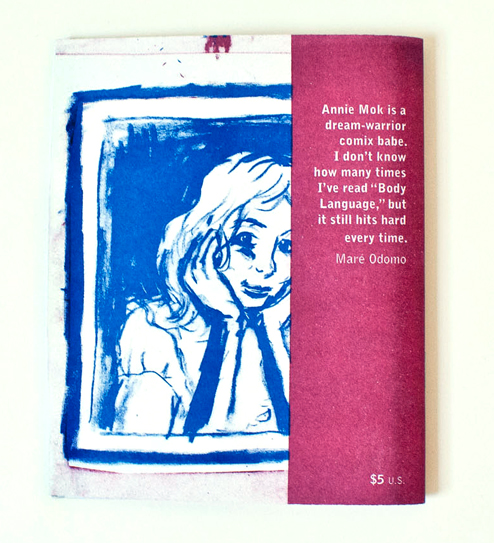 Darling is a dramatically fascinating figure and makes for a great subject for a comic like this. It shows Mok traveling to visit an old friend of Darling’s and interviewing him. This interview gives Mok the oppoturnity to draw sort-of-flashbacks to Darling’s glory days with Warhol and the other Superstars. Later, Mok travels to Pittsburg to visit the Warhol Museum. What happens there is a very satisfying end to this short (but not too short) story. You can really tell that Mok cares a lot about Darling and her story.

With comics, I have tremendous leeway to describe things visually the way I choose to. Before I transitioned, when I started the first drafts of the project, I thought I should depict Candy as adhering to cis standards of beauty. So much of the discourse around Candy is cis people saying how beautiful she was because people often read her as cis. Candy did definitely attain the status that she did definitely in part because of her privilege as a white blond woman, designated attractive by cis ideals. After I started to identify as trans, I shifted to wanting to depict her as a gorgeous, spirited, funny person who reads to me as trans. 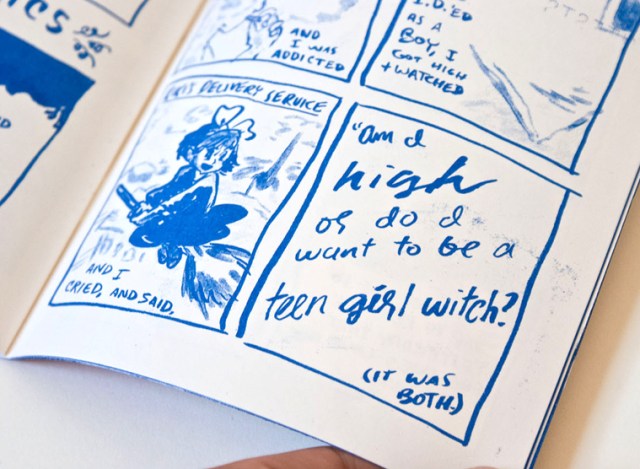 The other story in the book, Body Language first appeared in the 2D Cloud comics anthology Every/Body, which focused on stories about body image. It’s a story about a very personal trauma and abuse and how the author is dealing with it. In Body Language, Mok uses her syle to create a very memory-like atmosphere. It is dark, full of shadows, blurred lines and monsters that remind us that these are memories and dreams that are hard to hold onto. In a lot of ways, reading this comic seems like you’re taking a look deep into the mind of it’s creator.

When I make comics and music, I work on an attempt to reflect my thought process. Comics allow a particular pathway to rearranging thoughts for me, and a feeling of completeness, because of the structure of panels. Panels let me focus on one small moment or idea at a time, while also looking at how they fit into the larger framework. Because making comics is a private space that only lets in me and perhaps one collaborator, I allow myself to explore things and say things that can be very difficult to verbalize to other people. And the feeling of having it down on paper gives me proof that I walked that road.

Both of these stories are extremely cyclical. When they end, it shows how life can come full circle, whether it’s starting with photobooth pictures of Candy and ending with our author having a chance to spread her own femme wings in a photobooth, or the Mok telling how she used to be too afraid of monsters to sleep at the beginning of Body Language and then dreaming of being her very own vampire slayer at the end. Thanks to this, these stories, which could be incredibly heartbreaking with no relief, instead give the reader hope that not all is lost. When Mok decides to pose like Darling at the museum, it’s a glorious moment of self realization and actualization, it’s a moment of triumph. In such a simple comic, Mok is able to show the complex awakenings of a trans woman in a beautiful way. When she dreams about killing vampires, she has become the master of her own life.

Mok lives in Philadelphia and previously studied at the Minneapolis College of Art & Design. She’s worked for Seven Stories Press, DC/Vertigo, The Harlem Times and the Red Umbrella Project and also sings in the band See-Through Girls. I would definitely recommend Annie Mok’s comics to anyone who loves the medium, great art or just great stories. If you want to keep up with everything that Mok is doing, she has a blog that she keeps updated and a website with Cargo Collective. If you’re interested in buying Screentests or any other of her comics, I would highly recommend checking out her store and gumroad shop.