This Thursday, March 31, is Trans Day of Visibility: a day that was created to celebrate the trans people who populate our families, our communities, our lives and our world. Autostraddle is a website for and about queer women, and that will always, always include queer trans women. In order to highlight just a few of the trans women we love, respect and admire here at Autostraddle, we asked several to take pictures of a day or two in their lives and answer a few questions and we’ll also be featuring several essays related to trans visibility by trans women this week.

I remember when I first saw Devan Diaz’s name. It was attached to this beautifully written essay she wrote for Rookie about what it was like to come out as a trans girl at school, and it was a revelation for me. I love when I find trans writers who I not only admire but relate to. And that describes Devan to a T (jaja). She has such a magical, real and vivid way of writing about herself that if there’s anything, even the smallest thing, that you find familiar in her writing, you immediately feel like you’re engulfed in the whole thing.

Devan is one of the kindest, most tender, most pure souls I’ve ever met. I feel lucky to know her. She writes like the ocean, inviting you to swim through her words and the images and memories she conjures with them. She’s an amazing writer and a makeup and fashion icon in her own right, and one day she’s going to be a wonderful and loving mother to her lucky children. 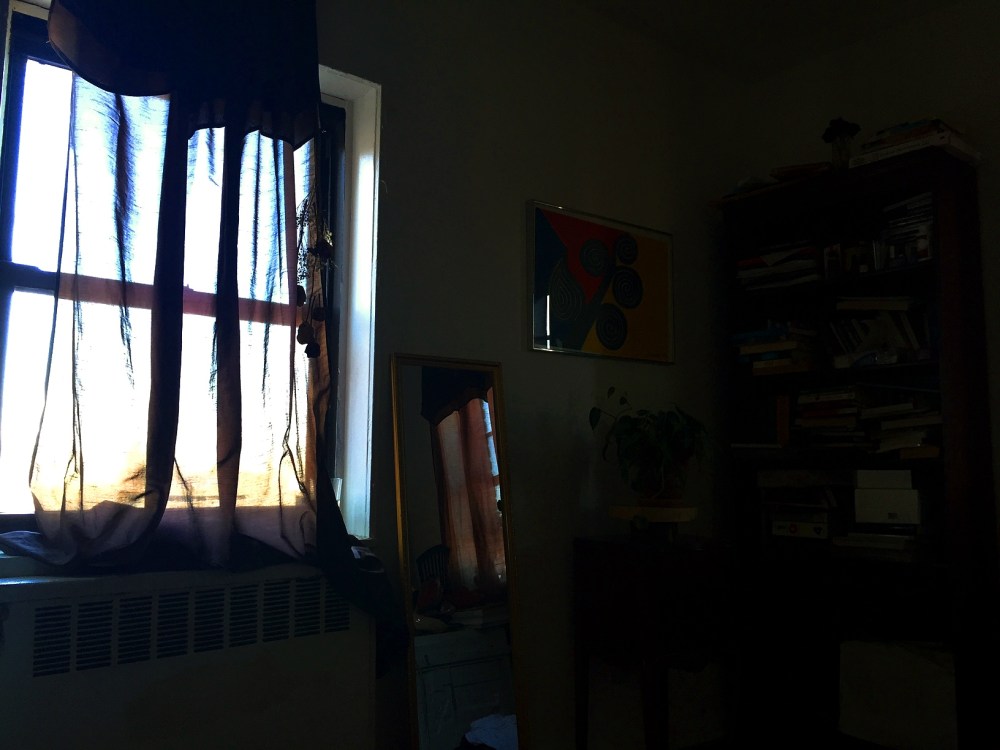 I’ve been waking up just as the sun rises lately, and it allows me to feel like I have a life outside of my daily commitments. This is when I can check in with myself. 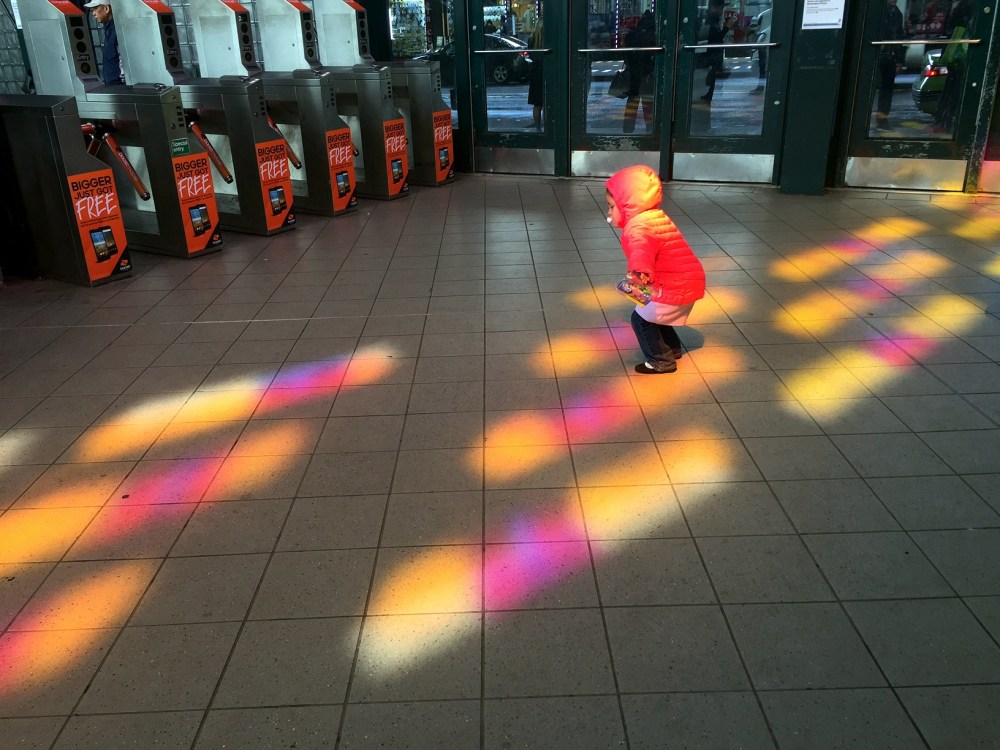 The subway station near my apartment has pink and yellow windows, and around 11am the sun is in the perfect spot to create these colors on the floor. As I was photographing them, the child in the photo started hopping around the colors. Their mother allowed me to use the photo, and the little one told me she thought it was a cool photo.

1. If you could make a three-five song playlist that describes how you feel today, what songs would be on that list and why?

1. “April in Paris” – Charlie Parker
Because I can’t listen to anything with words while I’m writing.
2. “Here Comes the Sun” – Nina Simone
Because Nina’s voice gives this song the texture it deserves.
3. “Living for the City” – Stevie Wonder
Because Stevie Wonder is the greatest of all time.
4. “I Know There’s Gonna be Good Times” – Jamie XX featuring ft. Young Thug, Popcaan
Because it’s spring in New York and I’m hopeful. 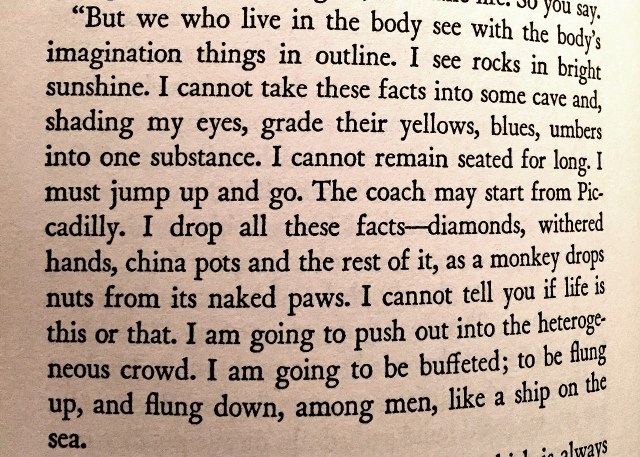 This is an excerpt from The Waves by Virginia Woolf, published in 1931. It’s a book that I love and that I carry around, in case I need a reminder to inject tenderness into my daily life. 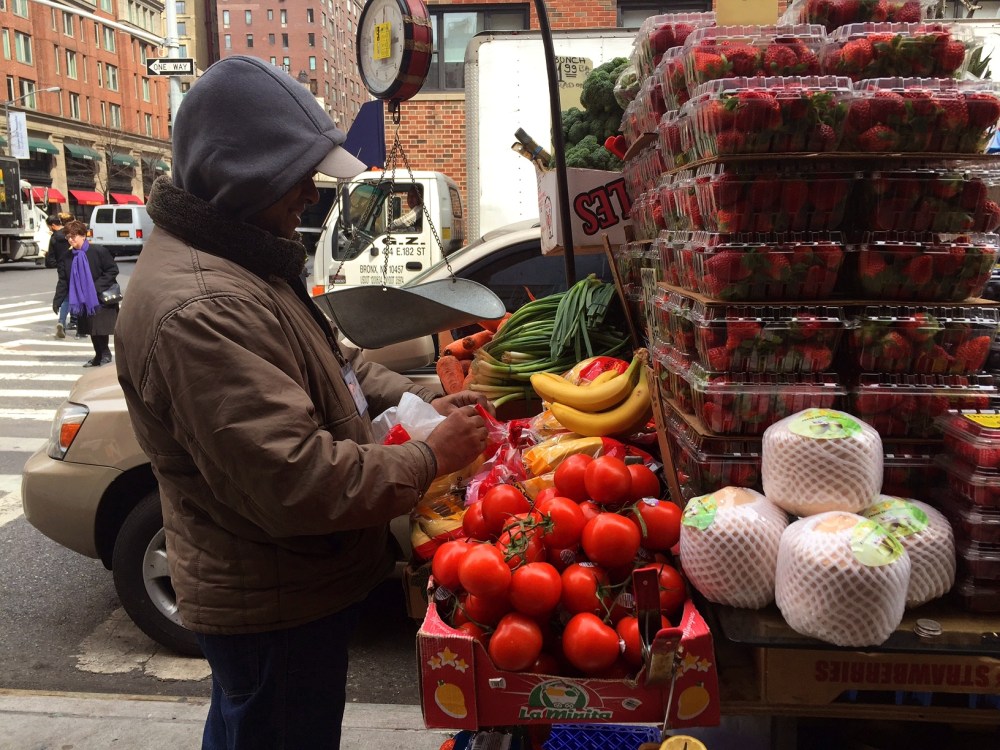 The fruit guy has positioned himself right in front of my job, and I buy fruit for breakfast almost daily. He’s smiling because I’ve just told him I’m photographing him, and he asked me to make him a star. I think he was already a star.

2. What do you love about yourself right now?

I love the parts of myself that are outside of my control, but always reveal themselves when they’re most needed. I was a terribly sensitive child who cried about most things, and my father worked tirelessly to place his rigid ideas of masculinity onto me. Even then, I knew the sickness was with him. I never saw the shame in honesty and vulnerability, which has been my mantra with my work as a writer. The state of my mental health has been fluctuating lately, but my disposition always manages to resurface. I trust the parts of my personality that somehow remain unchanged by different circumstances. My job today is to nurture and protect it. 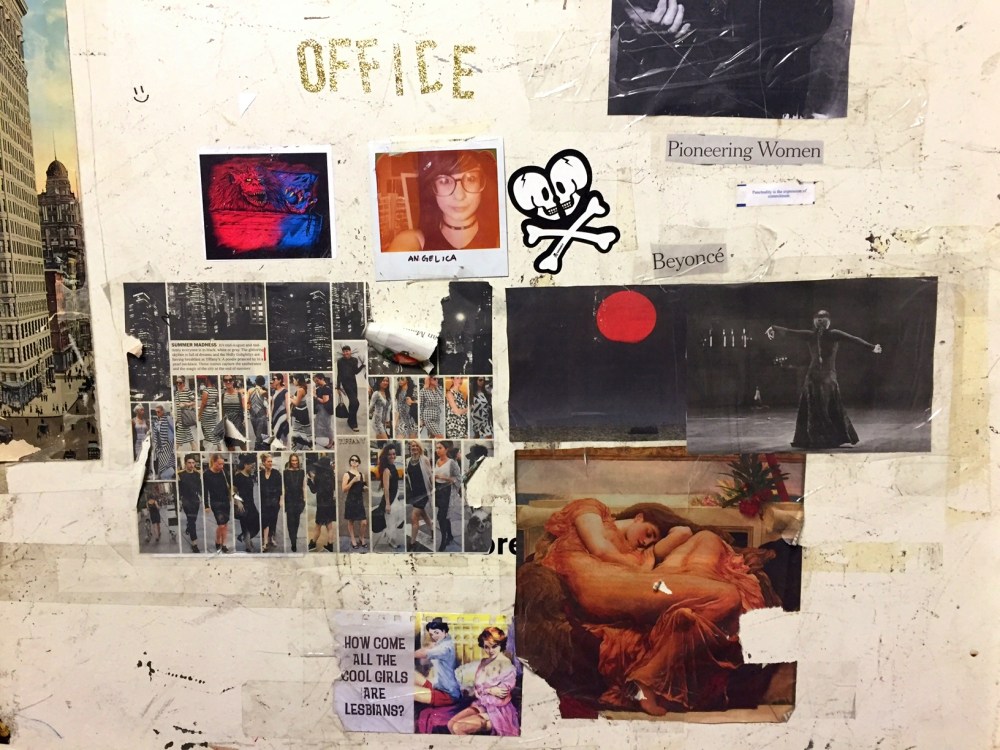 I share my office at work with two other women, and we’ve created a communal collage on the door. My favorite contribution is a little cut out from a newspaper that just says ‘Beyoncé’ 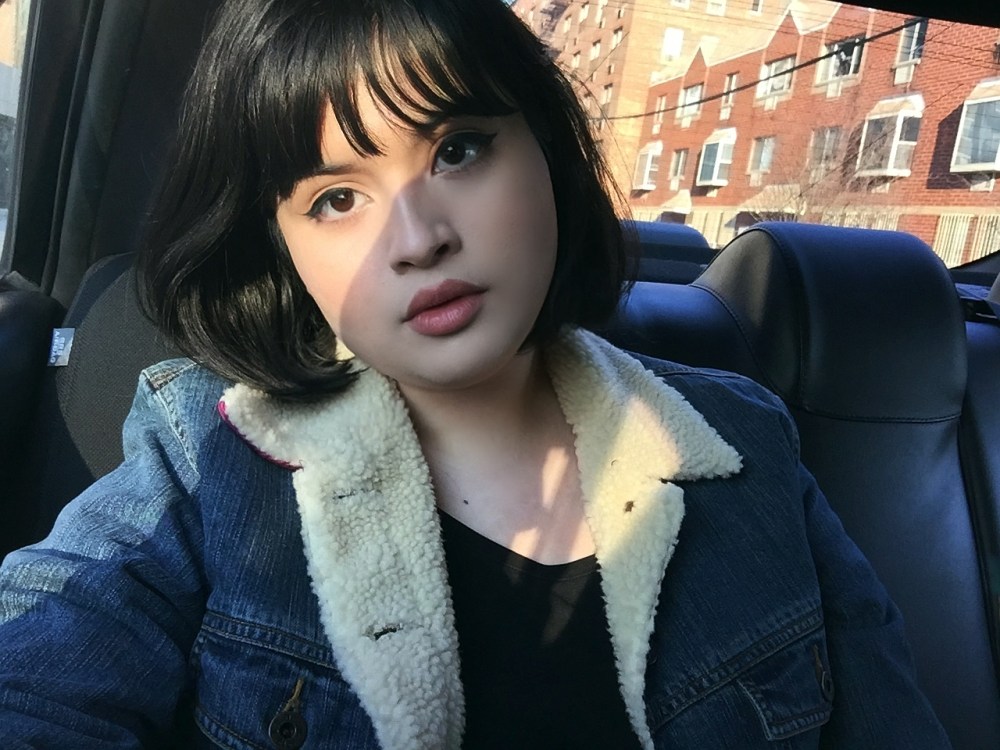 I’m forever late. I’m in a cab on my way to meet someone for dinner, and this denim jacket makes me feel like Chloe Sevigny’s character in Boys Don’t Cry.

I’ve been inspired by the women of my family, specifically my mother and grandmother. As a kid my mother drew flowers and mermaids for me, and by tracing them I learned how to draw. When my grandmother was alive, she had a special relationship with literature as she learned to read and write later in life. I believe these women would’ve been artists, if their circumstances were different. If they were born in a different time, or a different place. I feel the responsibility of redemption, and I’m allowing it to inspire and guide me. 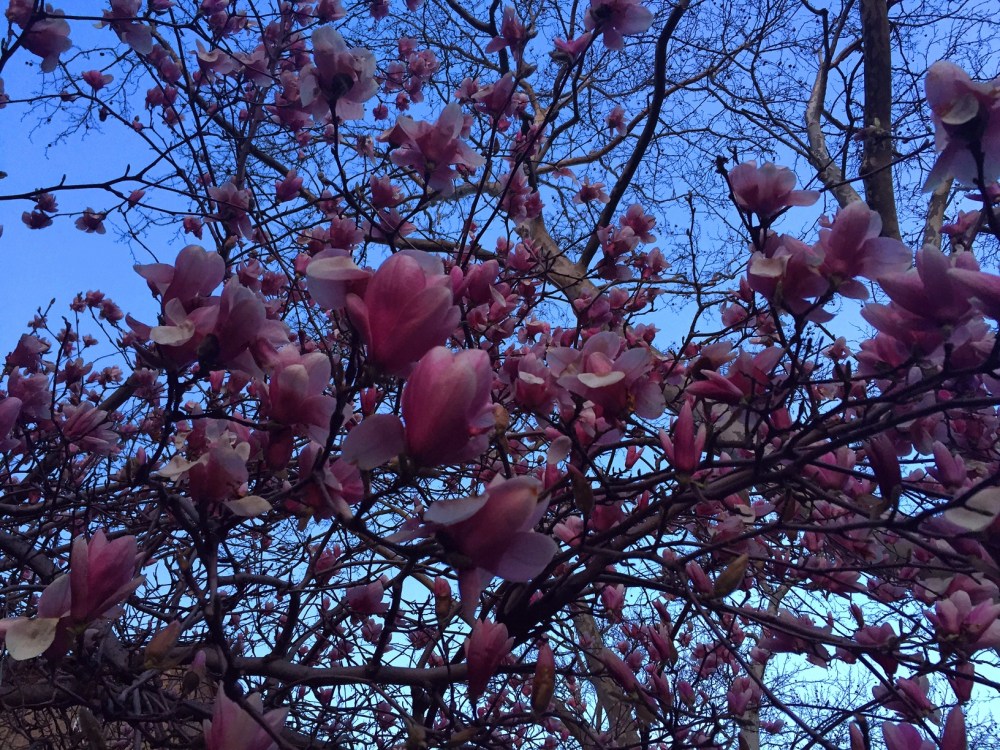 It’s spring in my neighborhood. The magnolia trees remind me of summers in Smyrna, Tennessee. 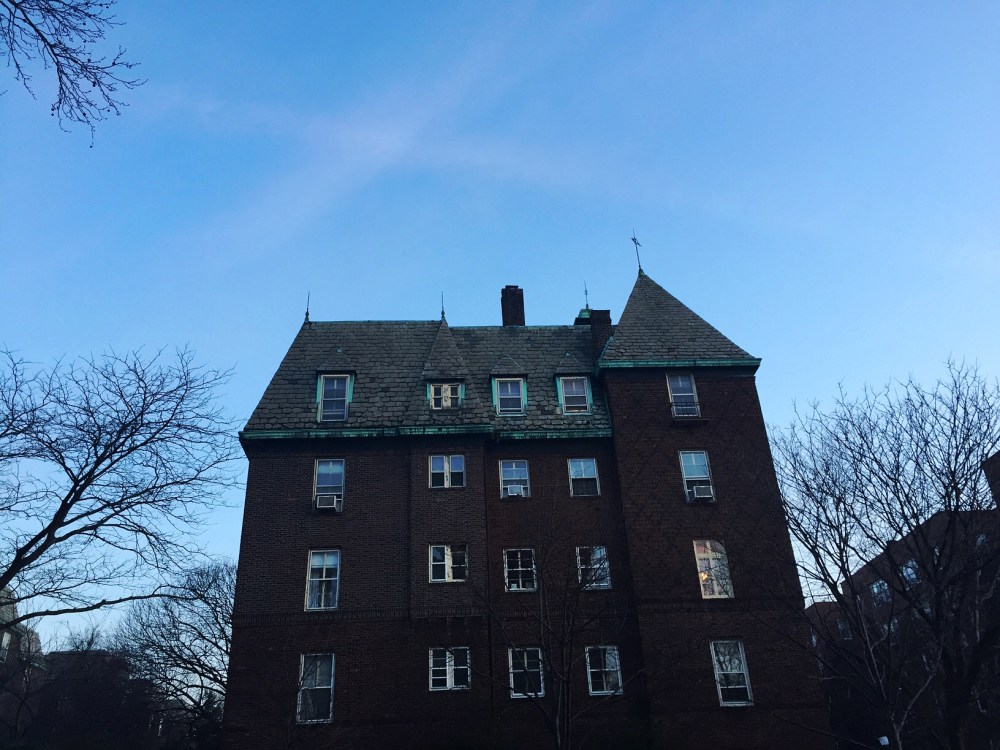 The buildings on my block are pre-war, many being older than 100 years. Many of them have private gardens, and that’s where I found the magnolia trees. I hopped a fence to look at them, and I hope they don’t mind.

4. What are you unsure about?

I’m unsure about my place in literature, as I opted out of academia. I’m learning who I am as a writer through the process of trial and error. Jamie Berrout, a Mexican trans woman, has been working closely with me. She’s a writer and editor, and she’s been editing my work and I feel her thoughtful and helpful revisions ringing in my ears while I’m writing. She’s releasing an anthology of fiction written by trans women later this year, and I’m so excited for that contribution to the history of trans female writers. Growing up Latina in an all-white community in Tennessee, connecting with Jamie has made me a little less unsure. Having an intimate creative relationship with another trans Latina has been transformative in ways I still cannot articulate. It’s beyond words and theories. 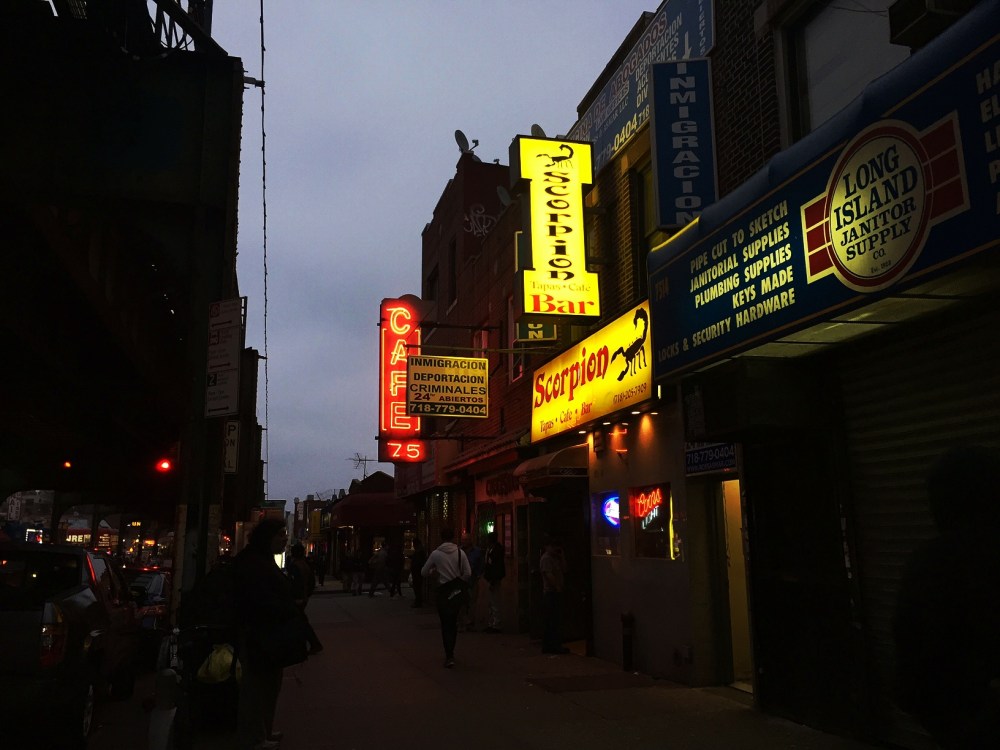 I call Jackson Heights home, in Queens. I was born in Elmhurst which isn’t very far away, and my family moved away when I was small. When I moved back, I moved back into a neighborhood not far from where I was born. Many of the streets feel like memories as a child, but they could be images from popular media. I’ll never live in Brooklyn, even though all of my friends are there. 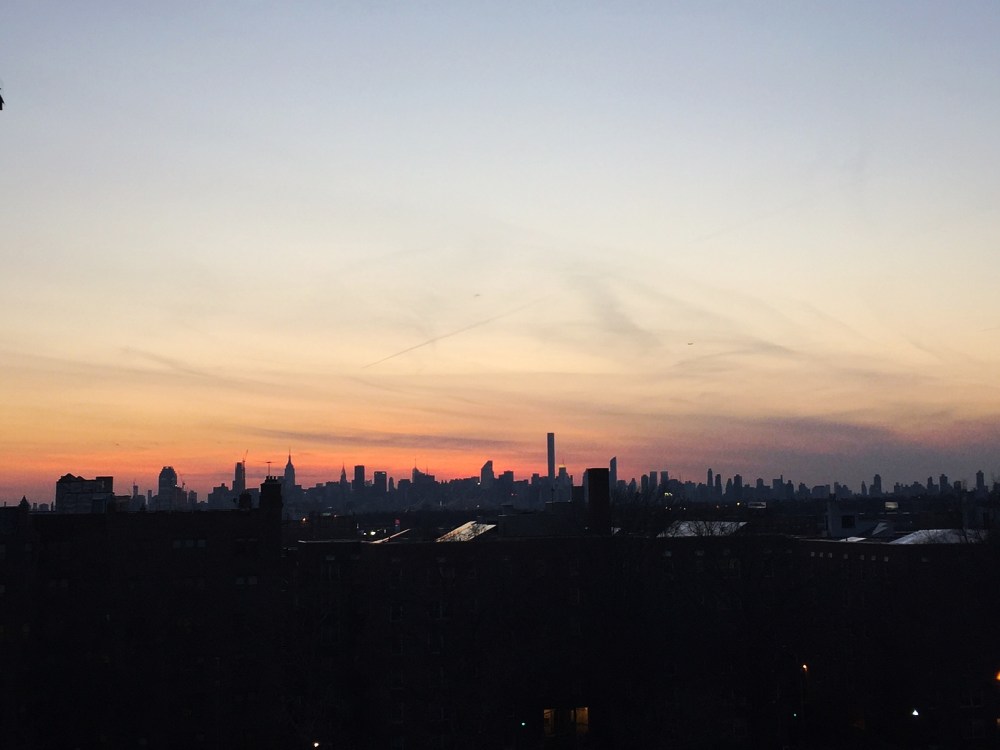 When I first moved to New York, I kept to myself. In Tennessee I was an anomaly, and NY gave me my first taste of anonymity. Instead of friendships, I had this view of the city from my fire escape. I told the Empire State Building about my day. When it’s warm, I sit out here. It never gets old.