It’s spring, officially! Happy equinox! Happy allergies! Happy maybe it will stop raining soon and the sun will come out and you can wear that transitional weather jacket you bought back in December!

You know what people talk a lot about when they talk about spring? Cleaning. You know what it mostly sucks to do when the weather starts getting nice-ish? Clean. Luckily, there are a few handy ways to make cleaning feel like something good you’re doing for yourself and not just, you know, your floors.

Because there’s definitely a link between the state of your living space and the state of your mental…state. And when you approach SpRiNg ClEaNinG with that in mind, it becomes more than just another chore to keep your roommate from threatening to put your dirty dishes in your bed.

But don’t worry: this is not about picking up everything you own and asking what its patronus is and keeping it based on the answer. This is about helping the world outside of your brain become a source of energy or relaxation for what’s inside your brain, instead of a source of stress. And maybe you read all of these suggestions and decide that you’re whole place is perfect, just the way it is — which is awesome, and mad props. But you do still have to do number two. It’s not negotiable. 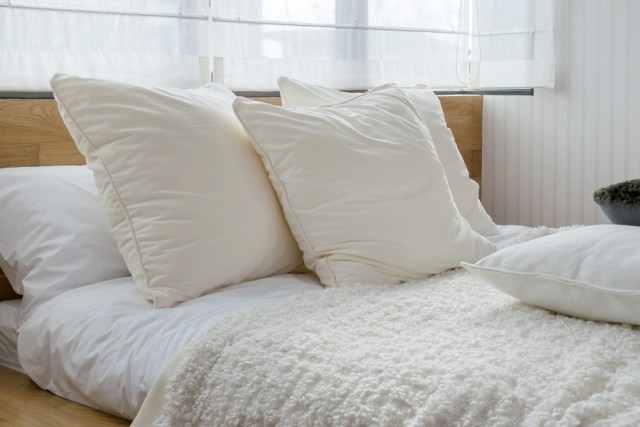 Say, as nice as you would want it to look if someone sexy were on their way over. Do this first. It’s going to immediately make the whole room feel more put-together, and serve as a place to temporarily put other stuff if you decide to keep organizing. And even if it’s the only thing you do, now your bed is all lovely and inviting and ready for you to climb in because you’re worth it. Bonus points if you wash all the sheets and pillowcases first.

2. Open all the windows

Especially if you live in a cold-during-winter place. If you do, I bet you haven’t cracked those suckers since October. And there is something incredible about opening all the windows, all of them, all at the same time. You can actually feel the old air leaving and the new air rushing in. It’ll make the hairs on your arms stand up. It’s like shaking out your feet after sitting cross legged on the floor for a long time. Take some deep breaths. Invite the new stuff in.

3. Choose one small thing that frustrates you and change it

Maybe it’s that every time you reach for your toothbrush you inevitably knock something else off shelf. Maybe it’s the Tegan and Sara poster you’ve been meaning to hang up for the last seven months. Whatever it is, make sure it’s nothing too big or daunting. Completing one living space-related task will make you feel accomplished, and just might inspire you to keep going once you’re done. Mark my words, next thing you know you’ll be scrubbing the grout between the tiles in your shower.

If you’re anything like me, dusting is both the easiest and most impossible thing on the planet. Why does it feel so hard to do? It’s just rubbing a static-y thing over other surfaces! I will admit that I feel an immense sense of satisfaction when I get rid of a layer of dust and can marvel at the clean, shiny thing underneath. It’s like a physical manifestation of shaking off the excess crap that’s clogging up your life and not letting you reach full shininess potential. The same goes for vacuuming, only remember: dust before vacuuming (I’m not a rookie you’re a rookie). 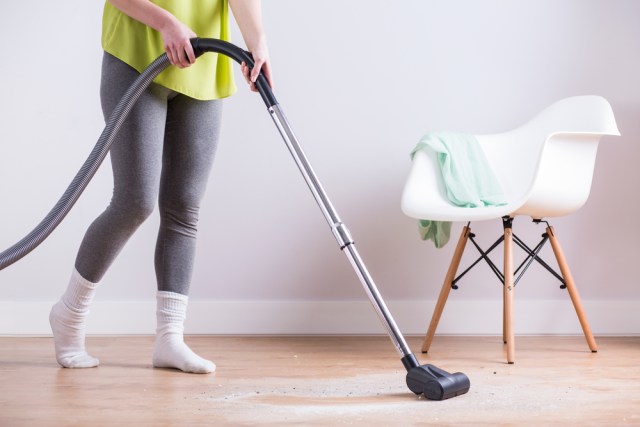 5. Get rid of clutter, or be decisive about where it stays

As a low-level hoarder, I don’t mind a bit of clutter. Having random objects around can add texture and warmth and character, not to mention interesting conversation topics. But putting thought into where things are, and how they’re arranged, is a way of exerting agency and taking ownership of a space. Even if you choose to leave a few books strewn about in artful disarray, that’s a conscious decision you made to create a specific mood. There’s this idea of Mindfulness as being a big, epic state of grace everyone should strive for, but really all it means is thinking about the stuff you’re doing while you’re doing it. And if that means focusing on putting loose change into a jar for five minutes, you’re doing it right.

6. Move one thing to a totally new place

Sometimes we get so used to where things are, we don’t question whether it’s where they should actually be or if it’s just where they’ve always been. #deepthoughts It’s a good idea, in every area of your life, to take a step back every once in awhile and assess the placement of, say, chairs/mirrors/lamps/sleeping cats. Maybe try switching a side table to the other end of the couch, or turning a shelf so it faces out from the corner at a new angle. Leave it for a week or two. You can always move it back, or somewhere else entirely. Either way, you know you made a decision about it, instead of just accepting things as they are. Get down with your bad self, game-changer!

7. Take inventory of what you’ve got

Right at this very moment I happened to glance up at the very tip-top of my kitchen shelf where I never look, and lo, there are two full paper towel rolls up there. I really wish I had known this yesterday, while I was cleaning every glass surface in my apartment with toilet paper. It’s good to look up (and in and under and behind). You never know what you’ll re-discover in the back of a closet or under your bed, e.g. treasures. Sometimes there are transitional weather jackets you forgot about!

When I was a kid, my mom never cleaned without her trusty radio blasting NPR by her side. (Look it was the ’90s, that mythical time before iThingies and the interwebs). Nowadays, I use any and all organizing time as a chance to catch up on podcasts, or practice my T Swift choreography. Because most things are more fun when you pretend you’re in a music video while doing them, especially when they involved a broom. 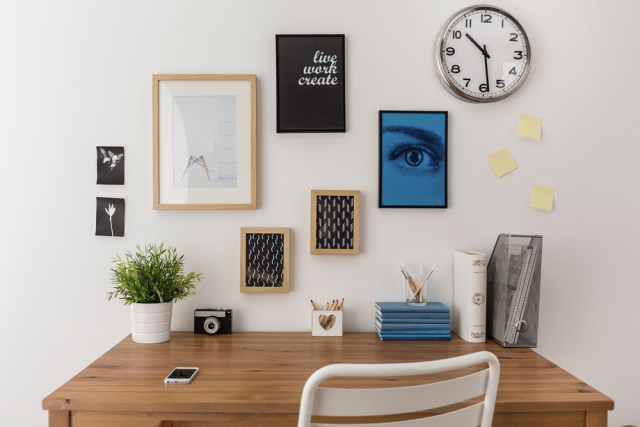