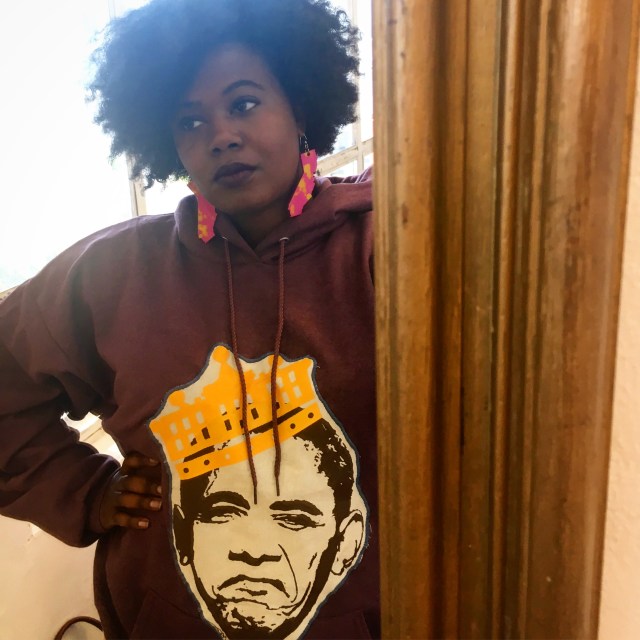 First name of your worst enemy in elementary school:

If you could only read one set of books for the rest of your life would it be the 50 Shades series or the Twilight Series?

I just farted in it. Because honestly I probably just did.

Do you have any piercings or tattoos?

I have technically four tattoos; three birds on my foot (Bob Marley’s Three Little Birds) and a symbol of humility and strength on my knee.

Last place you threw up?

What’s the last show you wanted your money back from?

I accidentally saw, Why Him? at a friend’s house, on bootleg. I still want money back because time is money and it was a complete waste of time!

Who would be your dream standup audience of one?

Whoopi Goldberg. She’s a great inspiration and I’m really angling to play the lead role in a Sister Act 3 reboot.

The only thing I know for sure, is that I would be very DTF a jar of Nutella. Again. Between Jared Leto and a school bus, technically I’d rather marry a school bus, but I don’t want to see a person die.

This is the toughest question. They both are great. I’ll say muffin, because then I get to pretend that I’m making a healthy choice by eating it.

Anybody’s home cooking without seasoning. Why is salt so scary? What did pepper do to you??

Anything else you want to add?

Most importantly — if you’re in the Bay Area, check out my upcoming play, How To Be A White Man. It’s a satire exploring my life as a Black Queer comedian that I co-wrote with my good friend, Jennifer Lewis. It’s produced by Faultline Theater and directed by a gifted young WOC director, Nikki Meñez — more info on my site and faultlinetheater.com.

You can find Luna online @LunaIsAmerica on Twitter/Instagram/Facebook, and at LunaIsAmerica.com.