I’m at a conference this week, which means (ugh) I had to spend time in an airport and on an airplane. And as anyone who’s ever flown with me can tell you, I get to the airport EARLY. Two hours early for domestic flights, three for international. That’s the rule and I fucking follow it, because that’s what I do: follow rules. Usually this does nothing more than serve its purpose — I’ve never missed a flight. But sometimes it’s frustrating, like this past week when I thought it would take me and fellow MFA candidate Catherine Bloomer an hour to get to JFK in cab from Manhattan because that’s normal. We left at four in the morning and TWENTY SIX MINUTES LATER we were standing in front of our check in counter, the only ones in the airport. Needless to say, we each leaned heavily on our phones in this trying time—and that’s before we even got on the plane. I asked Catherine what she played, and she said Plants vs. Zombies 2, which she describes as “just eh.” So you don’t have to have a “just eh” airplane boredom busting experience, here are apps that I used that don’t require data or wifi to be fun: 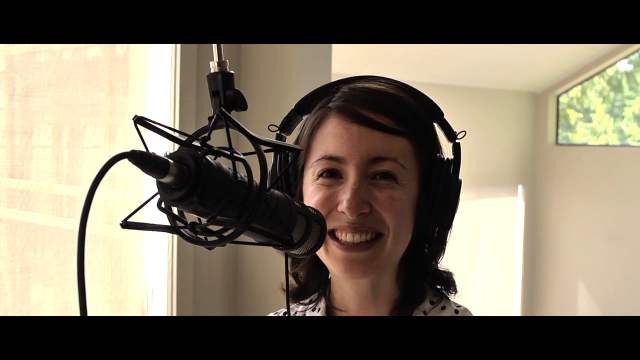 I’ve written about Overcast before, but it definitely also has its place as a boredom buster. This Podcatching app is perfect for listening to podcasts and managing subscriptions — best, sleekest one I’ve ever used AND it’s totally free. With a little planning, you too can load it up with episodes of The Black Tapes, which my friend Julie got me hooked on. The Black Tapes is a scripted fiction podcast like Nightvale, but it’s made in the realistic style of Serial (it even went bi-weekly, just like Serial did this season). Reporter Alex Reagan stumbles on to unsolvable paranormal mysteries courtesy of famed skeptic Dr. Richard Strand. What follows is an immersive horror romp through the world of demons and secret societies, of ghosts and grisly murders. And the producers and reporters involved in the show never admit that it’s scripted fiction — they stay in character, even for interviews. This combined with the Serial feel creates a realism that, if you’re as easily scared as I am, might mean that binging The Black Tapes while surrounded by other people is kinda perfect. And I think its especially relevant to your interests because it’s a horror story focused on a female protagonist who’s not a damsel in distress, so HUZZAH! Plus I arrived at it late, so there’s a bunch of backlog and plenty of time to catch up since they’re on hiatus until May. But you won’t need that time — I’ve managed to totally catch up this trip, and you might too.

Download Overcast for iOS. Since it’s only for iOS,  give Pocket Casts a try if you’re using Android ($3.99). But if you’re a person who gets stressed on planes, maybe try one of the following, calmer options pared with the dulcet tones of my other new favorite, Unfriendly Black Hotties (they talk a lot of higher education policy, so HEART EYES) 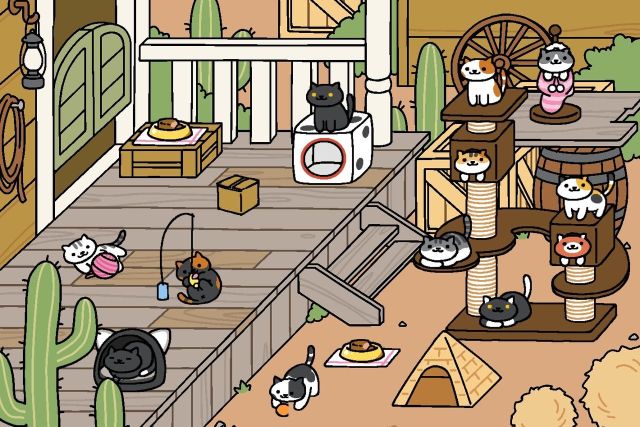 I haven’t written about Neko Atsume yet because, well, we all know about it. But I thought it bore mentioning as a pretty much perfect airplane game, especially if you’re doing other things like reading a book because you check on things, move things around and then leave it be. Neko Atsume is a cat- and item-collection game that is the epitome of cute and relaxing — excellent if flying makes you a little nervous. Put out food and toys, and cats will flood your yard and leave you fish, which in turn you use to purchase more food and cat toys. Pretty soon, cats will bring you special momentos to signify that you’ve won their tiny, pixel-love. It also bears mentioning now because it was recently updated to include new cats and new items, so if you’ve tried it previously and lost interest, the update might revive that interest—enough to keep you occupied from New York to LA. One of the things I love about it, by the way, is that if you do lose interest or (more likely) need to take a break from it because it’s affecting your productivity, you don’t feel guilty: unlike Tamogotchi of yore, the cats are only visiting, so if you don’t put food out it’s not like they die. Also also, if you turn the music off, you can even couple checking up on your cats with Overcast above and the sound effects will still come through. 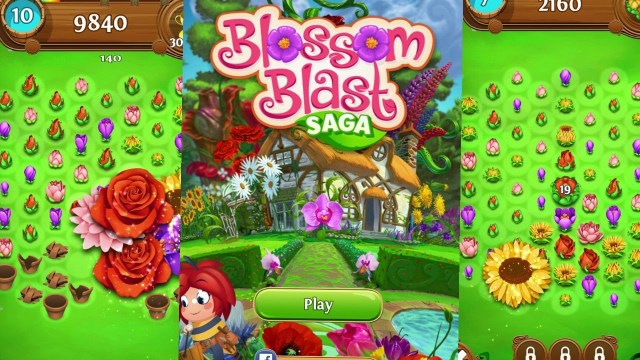 Blossom Blast is a match-three game by King, and like Neko Atsume, it’s perfect for people who need to be soothed as well as entertained by their phones while flying. Match three or more flowers and, if they’ve grown big enough, they might bloom. It’s pretty and colorful, and it makes use of very sparkly music and sound effects. The floral theme makes the game almost a meditation on cute, and like Neko Atsume, audio apps override the sound — so listen away while shutting your brain off to a match three game. 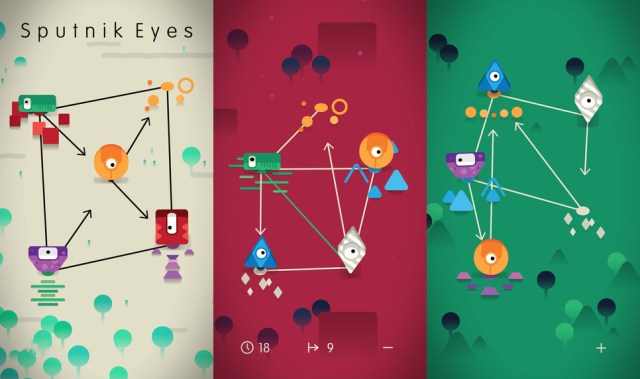 Okay, so you can listen to something over Sputnik Eyes, but you won’t want to. The music in this game is SO SOOTHING, and I can’t even talk about its adorable design without going all starry-eyed. Also it’s space. It’s a tiny cute space game filled with puzzles — your object is to get the little robots in their own color-coded spaces, but they must move along the paths and sometimes paths only go one way, or only certain color robots can move along a certain path. Doing this builds constellations of planets that are now habitable to our space explorers. Space. Puzzles. Cuteness. Pop your earbuds in and forget that you’re in the middle seat and no one has left you an armrest.