The White House released a statement yesterday with the names of the Presidential Delegations to the Opening and Closing ceremonies for the 2014 Winter Olympics in Sochi. Two of the members, one on each the Opening and Closing Ceremony delegations, are lesbians! The Honorable Billie Jean King, recipient of the Presidential Medal of Freedom and all-around amazing human being, and Caitlin Cahow, Olympic silver medalist and bronze medalist in women’s ice hockey.

For the first time in 14 years, the United States delegation will not be led by a President, Vice President, First Lady or former President. The White House said that President Obama would not be making it to Sochi because of “scheduling conflicts” but that he “is extremely proud of our U.S. athletes and looks forward to cheering them on from Washington… He knows they will showcase to the world the best of America – diversity, determination and teamwork.”

The February 7, 2014 Opening Ceremony delegation will be led by Janet Napolitano, the former United States Secretary of Homeland Security, and will include Michael McFaul, the US Ambassador to the Russian Federation; Robert L. Nabors, Assistant to the President and Deputy Chief of Staff for Policy; Billie Jean King; and Brian Boitano, Olympic gold medalist in Figure Skating. 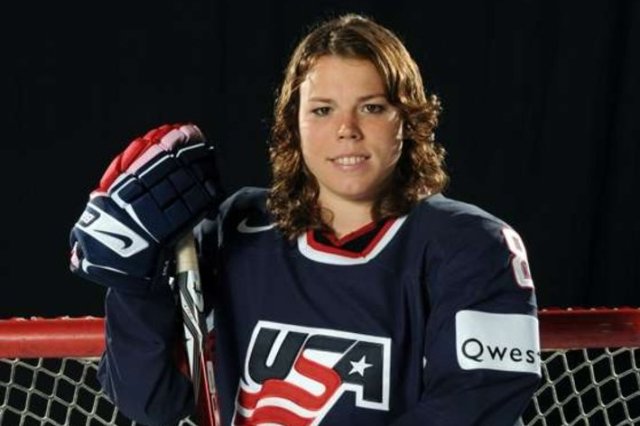 Caitlin Cahow, currently a law student at Boston College, said of her inclusion in the delegation,

It’s obviously a statement that’s being made, but I think it’s an incredibly respectful one. Basically, the White House is highlighting Americans who know what it means to have freedoms and liberties under the constitution. That’s really what we’re representing in Sochi and it’s not at all different from what’s espoused in the spirit of Olympism.

So I think it’s just a great group of people. I can’t believe I’ve been named one of them because it’s a remarkable roster and I just think that we’re going to represent what the best America can be. Hopefully, it will unify all of Team USA and send a message of love and acceptance to the world.

Yes, it’s a big deal that two openly gay athletes are on the Presidential Delegations. As Cara said in her article “What The Heck Are LGBTs Gonna Do About The Sochi Olympics?” (which I highly recommend reading if you’re feeling at all confused/conflicted re: these Olympics):

On August 1st, Russian Sports Minister Vitaly Mutko told a state news agency that anyone advocating a “nontraditional sexual orientation” at the 2014 Sochi Winter Olympics will be “held accountable… Even if he’s a sportsman, when he comes to a country, he should respect its laws.” Legislator Vitaly Milonov told the BBC that the Russian government lacks the authority to suspend the laws even if they wanted to. A week later, Mutko, apparently training for the Strategic Backpedaling event, asked the law’s critics to “calm down” and assured everyone that as long as LGBT athletes and spectators keep quiet, everything will be fine, because Russia’s constitution guarantees “rights for the private life and privacy.”

So, yes, gay athletes and media will be in danger. To what extent, we don’t know. Here’s what we do know: members of the LGBTQA community in Russia are in present danger every day. We need to realize this and continue to shed some light on the human rights abuses going on in Russia.

And while having two openly gay members of the Presidential Delegation is certainly not on the same level as a boycott, it is one hell of a statement. I do still feel conflicted about the United State’s participation in these games, but I’m justifying my own participation as a viewer and spectator by realizing that the most I can do right now is support the gay athletes that are risking a lot to be there in order to do what they do best, whether that be curling or luge or figure skating.