Bisexual actress Michelle Rodriguez and British fashion model Cara Delevingne have been dating for approximately six weeks and have already far exceeded my wildest expectations for the first celebrity romance I’ve cared about since SamRo/Lilo (RIP). In addition to inspiring me to set up my first-ever “google alert,” Michelle and Cara have enjoyed a whirlwind love affair filled with fancy fashions, sexy faces and inspirational moments. Furthermore, insofar as I am declaring “lesbian” an adjective describing a romantic relationship involving two women for the purposes of this post, they’re becoming the most lesbianish couple of all time. Let’s discuss why that is.

10. They’re Spending 99% Of Their Time Together 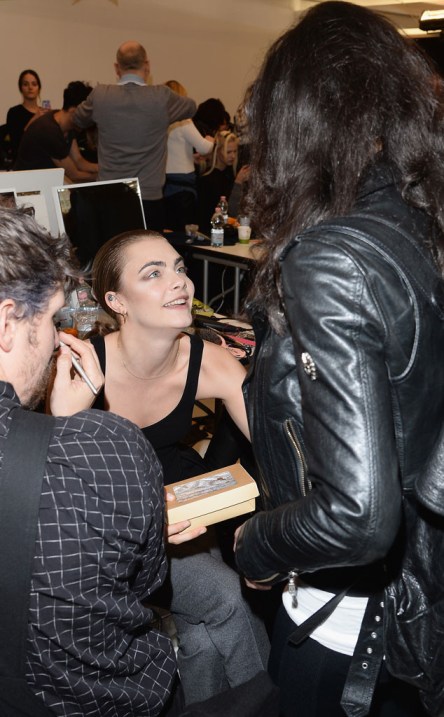 Seriously, they spent like three hours apart the other night and it made national news. “They’re really happy and loved-up, and spending as much time together as possible,” said a friend. “They’re also forever texting and messaging one another.” Mhm. That photo above is at Cara’s show in Milan on Thursday night, which the couple flew to in a private jet, along with Cara’s fancy family. Back at the start of the month, The Mirror noted that “they have spent the past two weeks holed up at the Covent Garden Hotel, but will soon be off to US star Michelle’s home in Venice Beach, Los Angeles.” They even got injected with vitamins intravenously while holding hands. Probably while listening to “Blood and Fire.” 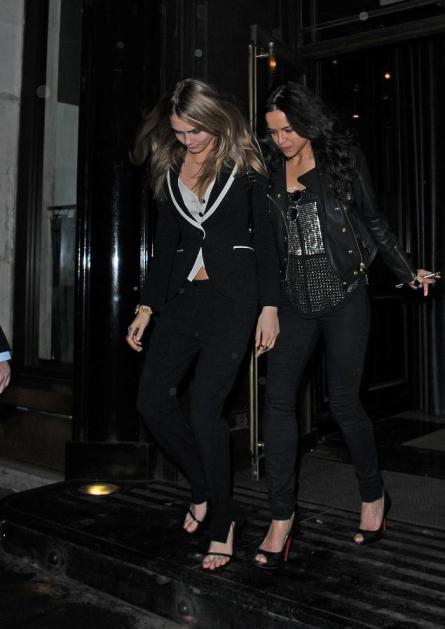 8. …And Sometimes They’re Not Even Wearing Pants

Two nights ago, Michelle Rodriguez and Cara Delevingne were spotted entering a limousine. Later, after an unspecified but undoubtedly sensual period of time, the two departed the limo. At this point, Michelle was no longer wearing pants, which we all know is an ancient lesbian ritual. It has been so since 1929, when Virginia Woolf and Vita Sackville-West were seen entering Virginia’s 1927 Singer Senior wearing trousers, and when the couple emerged, Vita was gripping Virginia’s trousers in her poetic fist, sweaty with love and longing. True story. 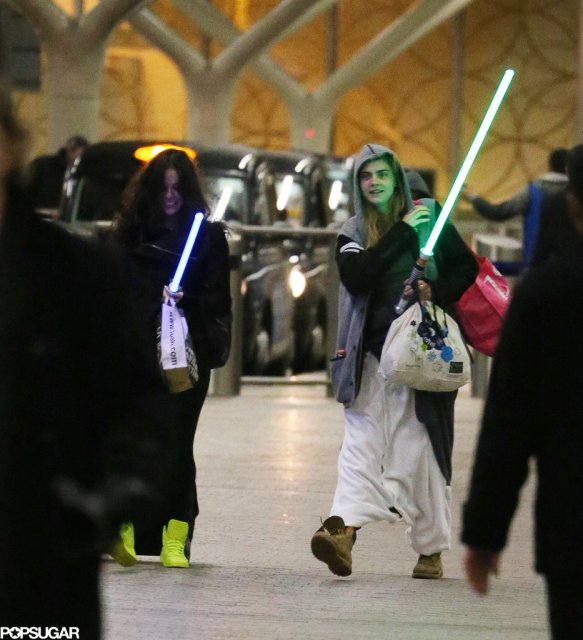 Cara’s an enormously popular model of the moment — ranked number 5 on Models.com’s Top 50 Models, winning Model of the Year at the British Fashion Awards, named by the Evening Standard as one of London’s Most Influential People and currently serving as the face of Mulberry’s 2014 campaign. She’s appeared on the covers of Vogue UK, Vogue Korea, i-D and Jalouse and has walked for Jason Wu, Moschino, Oscar de la Renta, Burberry, Stella McCartney, Chanel and Dolce & Gabbanna. She’s been the face of DKNY, H&M’s 2011 Authentic Collection, Chanel’s Resort 2013 and Burberry’s Beauty.

But now Cara’s itching to do more acting — specifically, the kind of acting her lady-love is known for, telling the press at the Elle Style Awards, “I’d love to do action roles. I want to do parts I really have time to research and get into — stuff with real meaning, not stupid blonde girls that get killed halfway through. I hate that kind of s**t. I’m not just a model, guys. Give me something I can work with.” 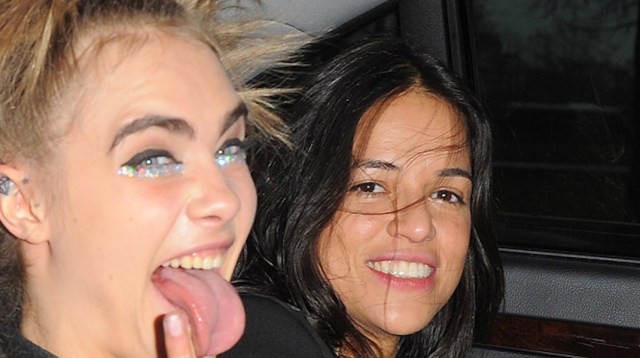 “I love her, she’s great,” says Cara. Granted that statement was followed up with “She’s a very good friend of mine — she’s wonderful,” but I think we can all read/invent/misinterpret the subtext here. I assume Michelle’s saying “I love you” back, because otherwise they’d both explode. That’s a rule of Lesbian Physics invented by 19th century Russian mathematician Sonja Kovalevsky.

5. Michelle is 14 Years Older Than Cara 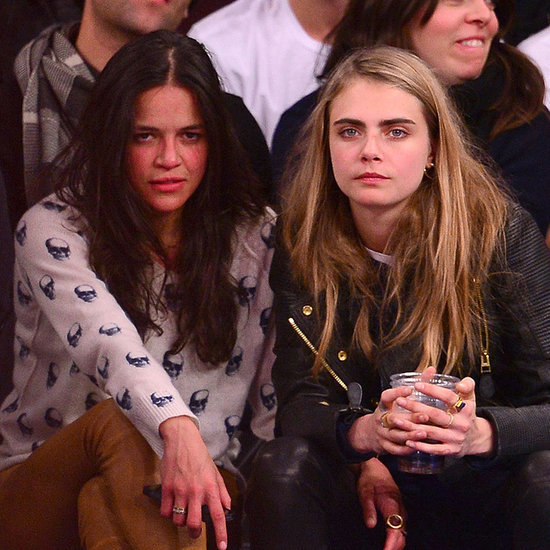 Ladies who love ladies are especially prone to loving ladies who are older than them. It’s a Scientific Fact.

4. They Love Cats and Bikes 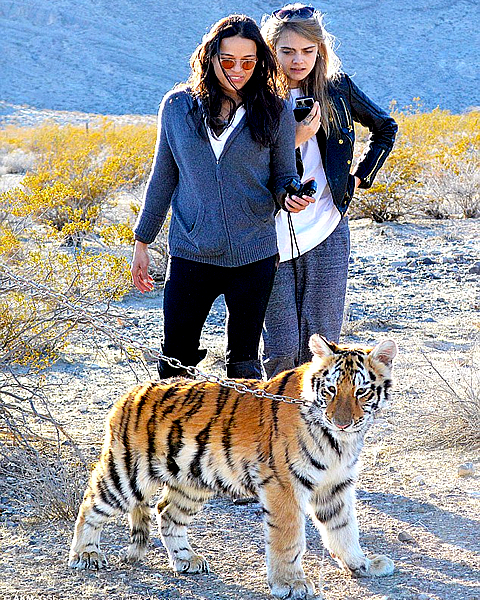 Sweetie you know what the ultimate tribute would be? Naming it Dana Fairbanks. 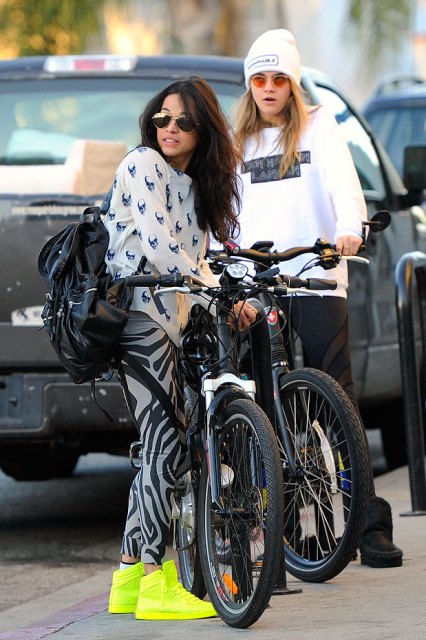 Bykes To Watch Out For 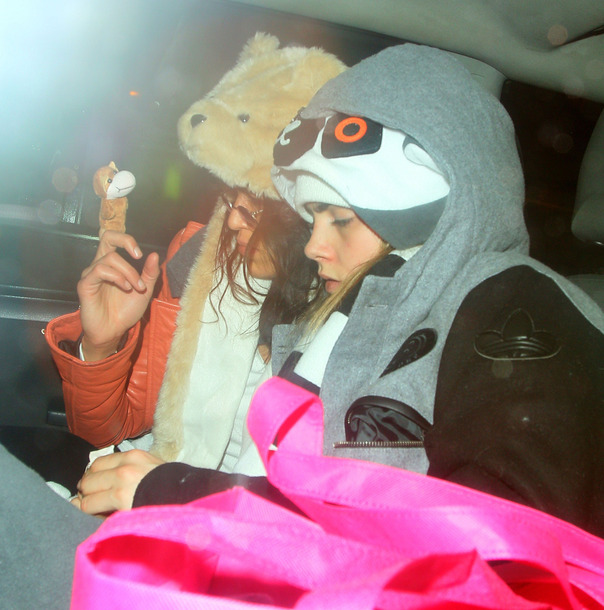 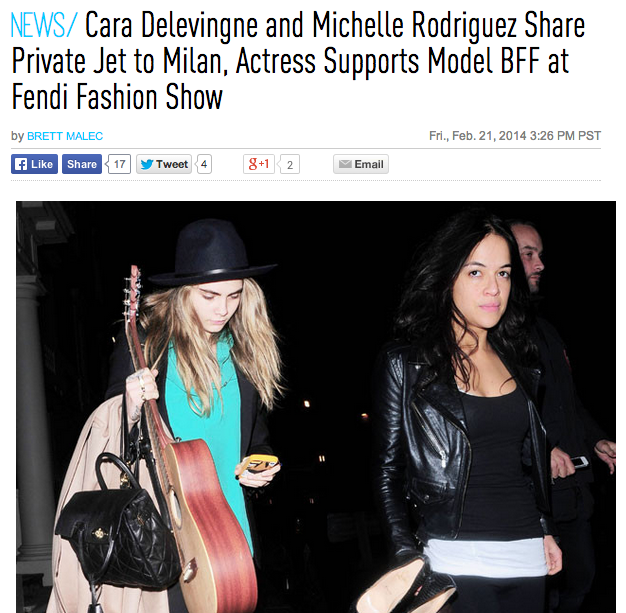 E! is doing that thing your parents did before they were willing to accept that your “roommate” literally shared your room because she actually slept in your bed, spooning and scissoring, every night, because she is YOUR GIRLFRIEND JUST LIKE YOU SAID. Despite Michelle confirming the relationship and all evidence to the contrary, this E! piece from yesterday refers to Michelle as Cara’s “BFF” in the title and later writes, “Delevingne was all smiles while chatting with her BFF.” Later, they whip out a “Rodriguez watched from the audience while supporting her best gal-pal.” Mhm.

via what should a lesbian call me

1. They’re taking muff-diving opportunities wherever they can get them. 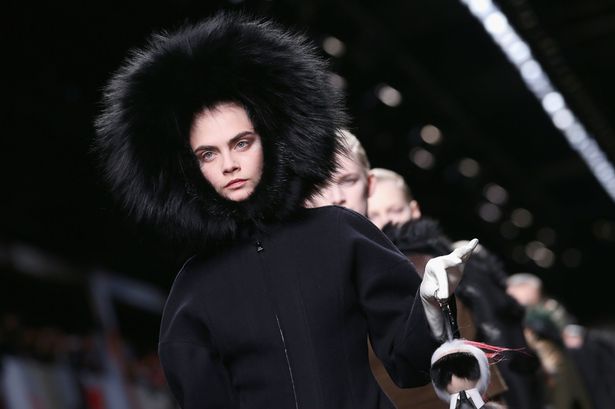