Ellen Degeneres is 55, Portia De Rossi is 40, and they’re totes in love

Allure Magazine, my #1 source of sunscreen reviews and inside scoops on complicated vegetable-related pedicure situations, has released its first-ever “Aging Survey.” Well, according to the press release, it’s actually an “Anti-Aging” survey, a problematic title which seems to suggest that “anti-aging” is a position human beings are capable of endorsing when, to the best of my knowledge, only face lotions can declare themselves to be “anti-aging.” If you’re anti-aging, does that mean you’re pro-death? If you’re pro-aging, can you still be anti-aging-serum? Unfortunately those questions were not asked.

Luckily many other questions were asked: important, pressing questions like “is George Clooney aging gracefully?” (He is.) Penn Schoen Berland, the intricately-named firm who conducted the National Anti-Aging Poll, surveyed 2,000 men and women, aiming to examine “how aging impacts every aspect of a person’s life, from relationships to the workplace, as well as, aging perceptions in pop culture.” I suspect the true purpose of this poll is to sell under-eye cream, but whatever.

Answers provided to questions about the attractiveness of humans at various ages apparently lead to some interesting results within the “LGBT population” (although I can assume due to my familiarity with this fantastic world of ours that they’re probably just referring to Ls and Gs and maybe Bs and didn’t account for the fact that “transgender” is not a sexual orientation), according to a press release shoved into our boxes this morning. We’ve yet to see the full survey or learn how many queers were actually surveyed, but take a gander at the following lines copy-pasted from said press release:

The survey also found that 84 percent of all men and 91 percent of all women surveyed think “women are under more pressure to look young than men.” So in addition to being more open-minded about who we’re attracted to, queers also seem to feel less pressure to look young. That’s nice and also consistent with conclusions reached by Lindsy Van Gelder and Pamela Robin Brandt in their book The Girls Next Door: Into the Heart Of Lesbian America:

We’re sure that there must be lesbians who don’t find older women sexy, but we haven’t met them. That may be one reason why aging just isn’t the trauma for lesbians that it is for so many straight women. If anything, there are lots of women like [Gay Games weightlifter and Mount Holyoke professor] Jean [Grossholtz], who are up for new experiences because they long ago stopped caring about doing what was “appropriate.” The paradox is that because we live in a subculture that lets us age gracefully, we get to remain big kids for along time. 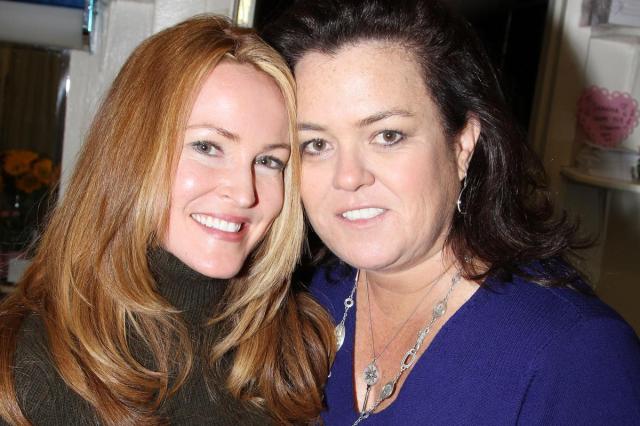 After scowling all the way through Allure‘s “related article” entitled “10 Hairstyles That Will Make You Look 10 Years Younger” and weeping over “10 Things Your Dermatologist Can Do To Make You Look Younger, Faster,” I did a little math of my own, comparing the ages of the Top 20 women featured on the Maxim Hot 100 2012 to those elected into the Autostraddle Hot 100 2012. The results were predictable enough: the average Maxim hottie is 28, the average Autostraddle hottie is 33.5. When you narrow it down even further, Maxim’s Top Ten ladies carry an average of 28 but Autostraddle’s Top Ten picks average out to 35.5. Furthermore, 55% of Autostraddle’s top 20 are 30 or over, as opposed to 20% of Maxim’s list.

Although there aren’t any statistics on this, anecdotal evidence suggests ladies-who-love-ladies are far more likely to negate age as a factor when selecting a partner (meanwhile, a full one-third of male baby-boomers polled by Allure said they wouldn’t date a woman their own age or older) and also that those age differences are not stigmatized in the same way that straight couples’ age differences are. There are a lot of theories regarding why this is — in an Autostraddle article about May-December relationships, Butch Wonders suggests that perhaps the prevalence of age-disparate relationships in the queer community “is because we’re already doing something that differs from the norm, so an age difference on top of it is just icing on the deviance cake.” Other theories include: the lesbian dating pool is already pretty small so a lot of factors (like age) become less important, intergenerational socializing is far more common, or our lack of compliance to traditional age-specific milestones such as marriage and baby-making mean women of vastly different ages can still be at the same life-stage. As Allure suggests, for some lesbians, a subscription to non-normative beauty standards could also play a role. 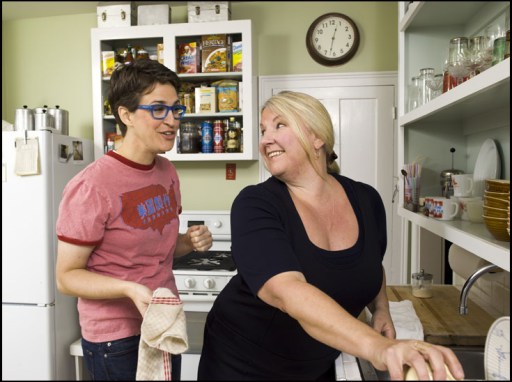 The Allure survey also found that men believe “female beauty peaks at 29” and women believe it “peaks at 31.” As a 31-year-old who believes solidly that I peaked at 23 or maybe at 11, I found this surprising. More importantly, as a 31-year-old who gave up my women’s magazine addiction a few years ago because I suspected it was making me hate myself, I felt very validated about that decision after spending twenty minutes on Allure‘s website.

The bottom line is that there’s nothing unattractive about aging naturally, although manufacturers of beauty products and women’s magazines rely on us believing otherwise. The fact that queer women are more aware of this than the heteros is simply another piece of evidence that queer women are smarter and better than everybody else and if we were in charge, everybody would feel a lot better about themselves! 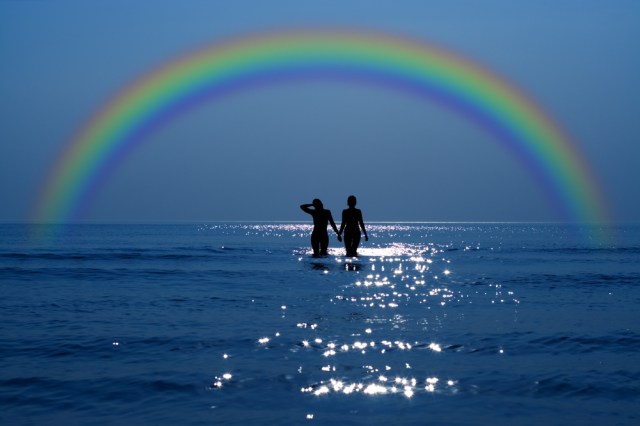