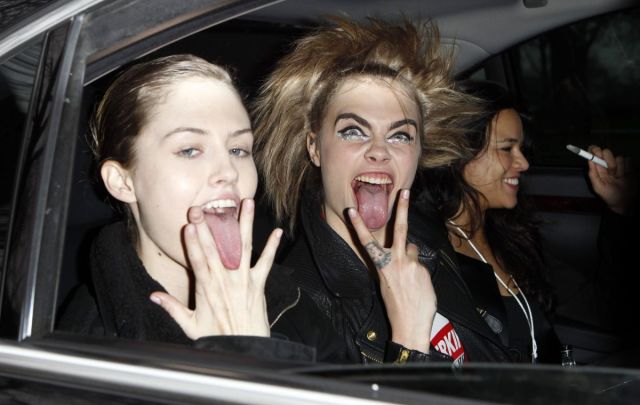 Furthermore, according to a January 21st report from reputable news outlet The Daily Mail, “the pair were pictured enjoying a cute date getting up close and personal with baby tigers at the Big Cat Encounters Ranch in Pahrump, Nevada.” 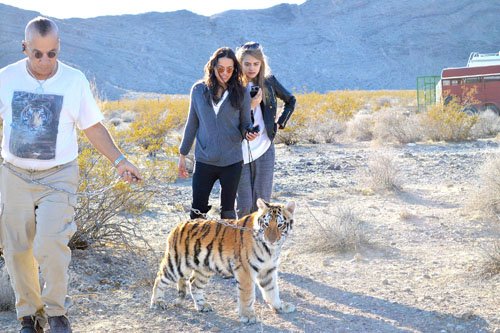 If you are concerned about whether or not Cara Delevingne could kick your ass, stay concerned. Rodriguez confessed to the press that her lady love is “hard,” further noting, “You wouldn’t want to mess with her in a fight.” 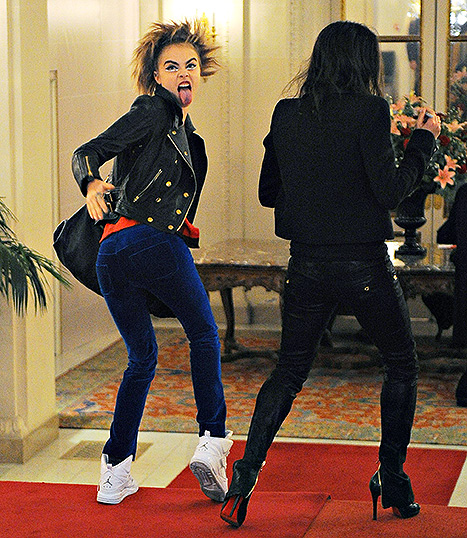 Last night, the stunning duo attended a Prince concert in London. Metro UK reports that “the dark haired beauties looked a little worse for wear when they were spotted staggering out of Ronnie Scott’s late on Monday night.” Although it’s unclear who the second “dark-haired beauty” is, we can safely speculate that Cara and Michelle’s “worse for wear” is pretty easy on the eyeballs. 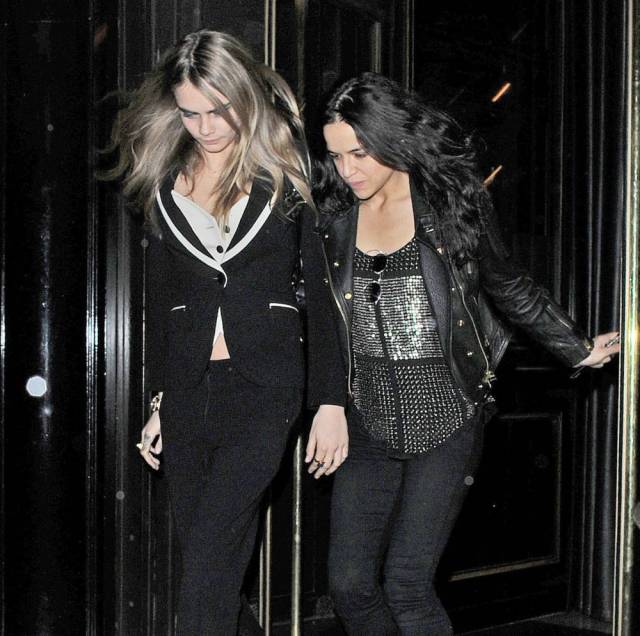 Much attention has been paid to the fact that Michelle and Cara, in a radical departure from the typical mating behavior of Obsessive Lesbians Freshly In Love, attended two separate events prior to the Prince concert, meaning they spent at least 2-3 hours apart for a solid portion of the evening. “Cara’s at her own fashion week party tonight, so doing her own thing,” Rodriguez revealed while refreshing Cara’s vine feed on her iPhone. 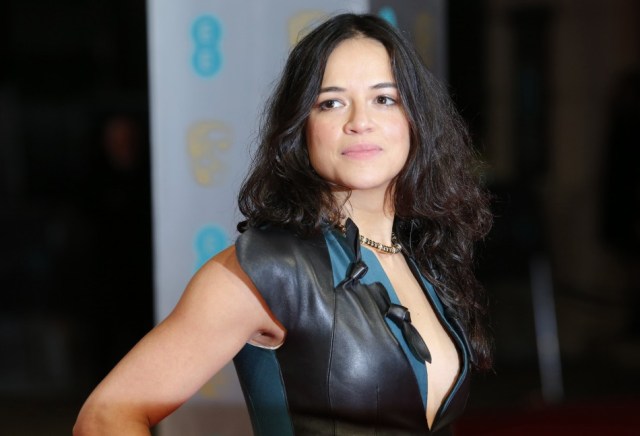 You bet your ass this dress came with a matching flogger

After the BAFTA Awards (pictured above) on February 16th, Michelle attended a Mulberry Dinner to Celebrate The Launch of The Cara Delevingne.  I assume this event was similar to when the muppets launched The Gonzo out of a cannon. 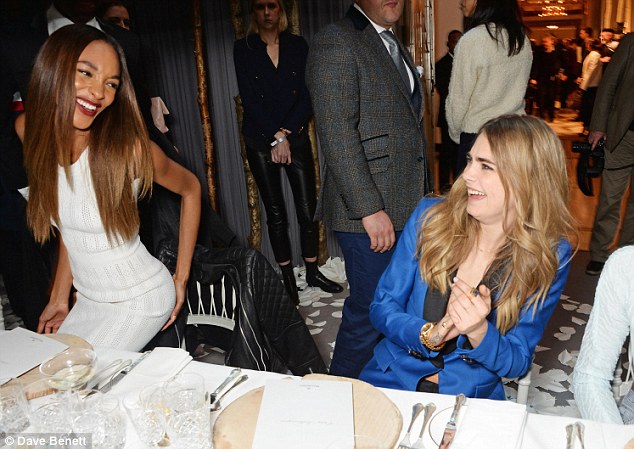 Bitch next time you put gum on my chair when I’m wearing white, I’m gonna smash that smile right off your lesbosexy face and your little girlfriend, too

More in line with lesbian tradition, a mysterious source alleges that “they’re really happy and loved-up and spending as much time together as possible. They’re also forever texting and messaging one another.” A mysterious source informed me personally that by “texting,” the other mysterious source probably meant “sexting.” 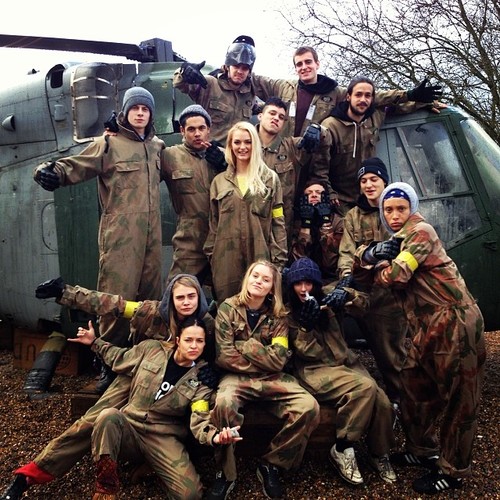 Mysterious Source #1 added, “Michelle has been invited to [Cara’s sister] Poppy’s hen do in Los Angeles which is a big deal, and shows just how cool and accepting all Cara’s friends and family are. No one has batted an eyelid.” It seems likely that Cara’s family perhaps breathed a sigh of relief that their sinewy sibling is no longer licking Miley Cyrus’s tongue with her tongue. 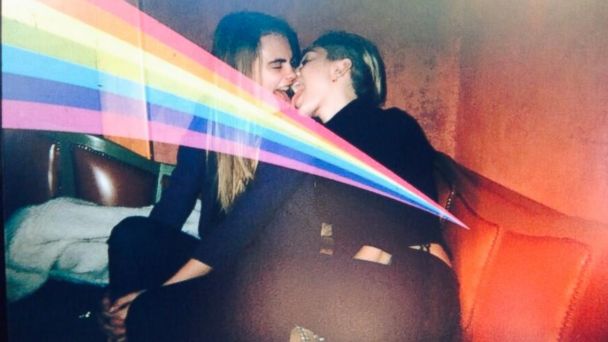 At some point this year, Michelle and Cara became Jedi Warriors and were spotted fleeing the planet via airplane while carrying laser swords. 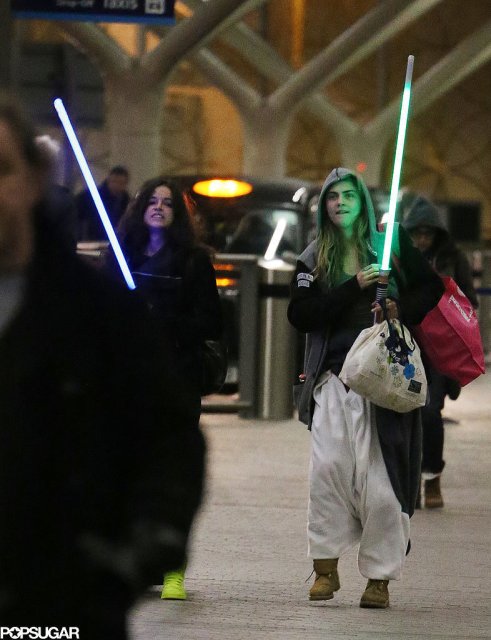 Damn we really hit the jackpot at Babeland today

We can undoubtedly look forward to a happy, healthy and functional relationship between these two very physically attractive human beings.

That’s right I didn’t wash my hands after we fingerfucked in the bathroom HEY-O!