All things considered, 2015 was a pretty great year for the Vapid Fluff community, where celebrities dated or broke up with each other and we breathlessly reported it as though these people were our actual friends and their relationships affected our actual lives in some way. If you’re like me, you are probably still somewhere in the middle of the Kubler-Ross stages of grief regarding the apparent demise of the relationship between reluctant wolf-person Kristen Stewart and her cute Tumblr friend Alicia Cargile. Even though love is a lie and we all inevitably die alone, here are some adorable couples who continued to fascinate us all year long.

Out actress Jasika Nicole and her photographer wife Claire Savage are living some kind of queer Martha Stewart fantasy life, filled with gluten-free home-baked goods, handmade clothes and an adorable pit bull named Rosie. The pair married in 2013 but spent most of 2015 being perfect and adorable. 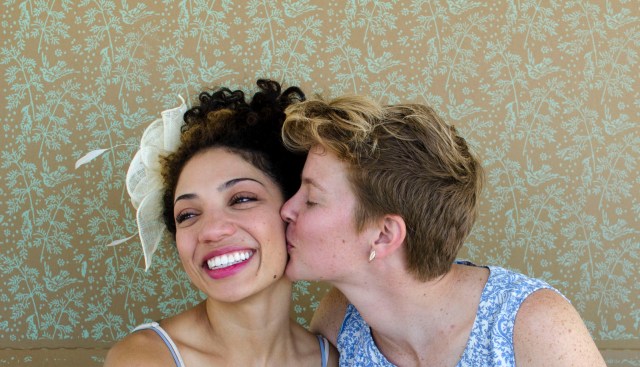 Jasika probably made that fascinator using real feathers from doves she raised in her backyard.

Dedicated fans of YouTubers Hannah Hart and Ingrid Nilsen figured this out long before the couple were ready to announce that they were in fact a thing, but Hart finally spilled the proverbial beans in an interview with DIVA Magazine. Describing Nilsen as “one of the most brilliant, soulful people I’ve ever met,” Hart explained how their relationship developed from an initial friendship into something more. The pair went on to enjoy many food-related Instagram puns. 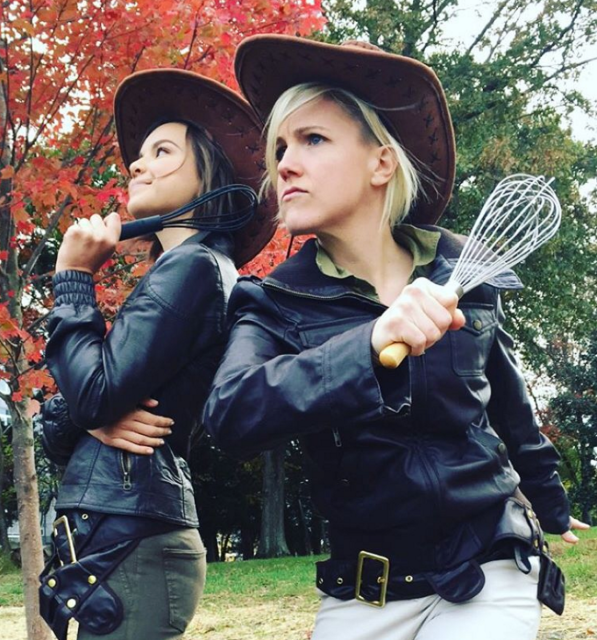 Hart and Nilsen as a couple of “whisk takers,” because of course they did.

If you have seen two human beings more disgustingly besotted with one another than Julia and Dannielle, please let me know. Julia managed to capture the early moments of giddy infatuation she shared with Dannielle on her new song “Make Out.” 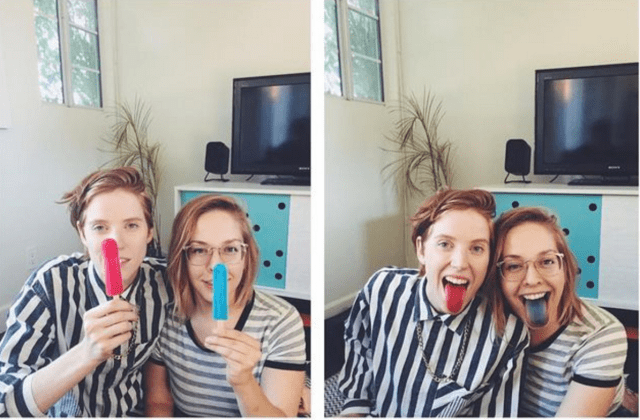 Yeah guys WE GET IT.

Since their relationship became public knowledge in 2014, the Orange is the New Black actress and writer (respectively) have continued being lowkey totally charming on Instagram. 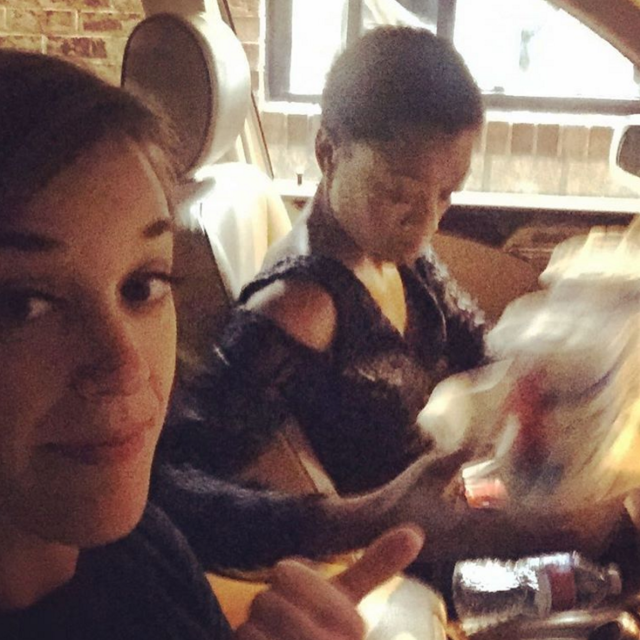 Award ceremony followed by the Wendy’s drive-thru. The ushe.

If you aren’t here for Cameron Esposito and Rhea Butcher, I don’t know what to tell you. These hilarious humans aren’t just engaged, they’re BFFs and business partners. They tour together and even collaborated on this amazing Butch-Ups pinup calendar, which is currently sold out and now I don’t know how to go on. 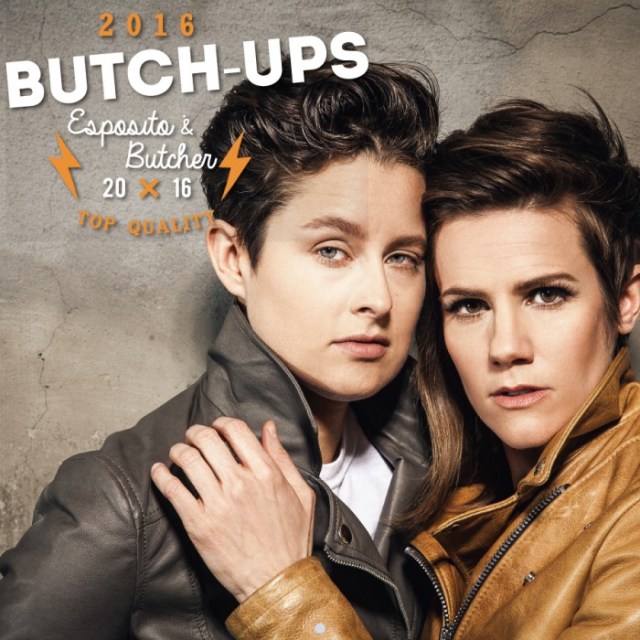 Do you want this calendar? Ugh, too bad.

These two haven’t been as demonstrative on social media as they once were, but we do know that Cara’s been spending time at the Mexican restaurant Annie’s family recently opened in Texas. They hold a special place in our hearts because of that time Cara got Annie a guitar signed by friggin’ David Bowie. 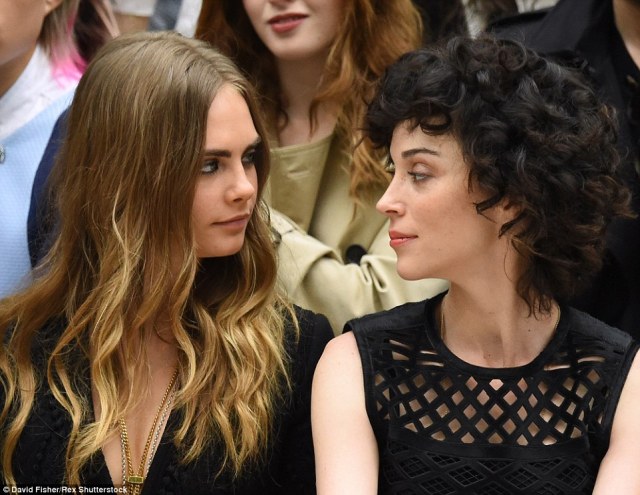 We didn’t start covering these guys in No Filter until a couple of weeks ago, which is a grievous error on our part. Beth and Kristin look like they’re always having the best day ever in just about every single picture. 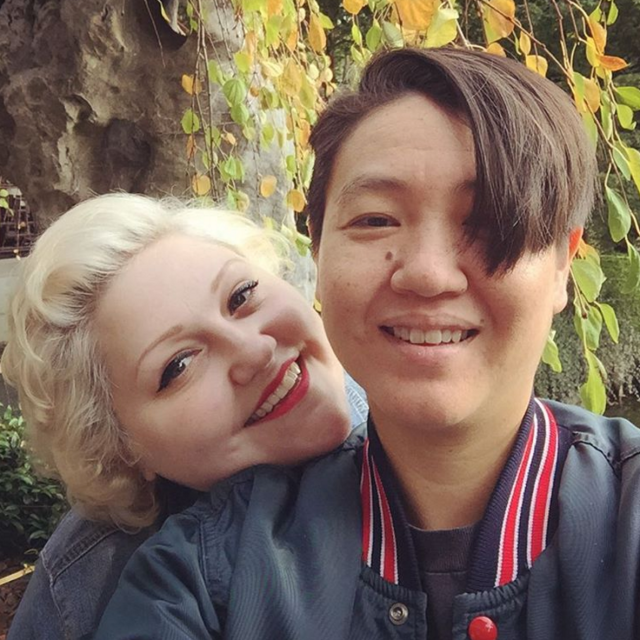 Despite at least two commenters on Instagram who are pretty sure Samantha Thomas can’t possibly really be Ellen’s girlfriend, these two flawless babes have been adorably smitten with each other for several months now. Lately, they can be seen taking long walks on the beach with their rescue dog. They are living my dream life. 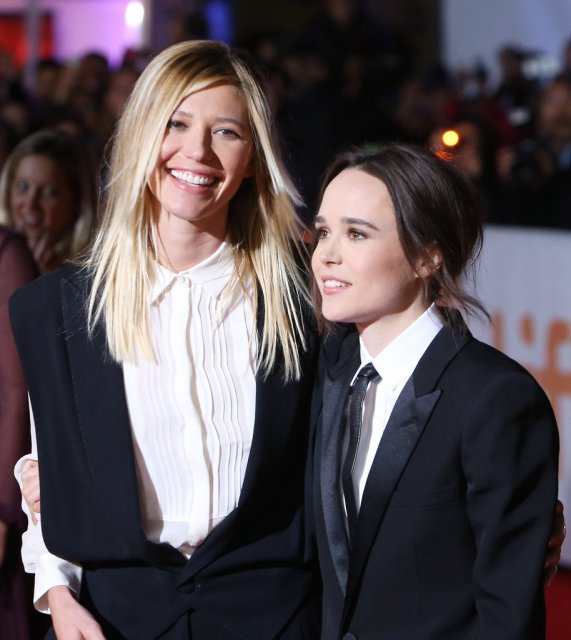 Peggy Peabody and Hypodermic Sally wisely chose to sneak in just under the wire, becoming the sleeper hit gal pals of 2015. Their relationship seems to consist primarily of attending plays and museums, sending each other flowers and complimenting each other on Twitter. We should all be so lucky. 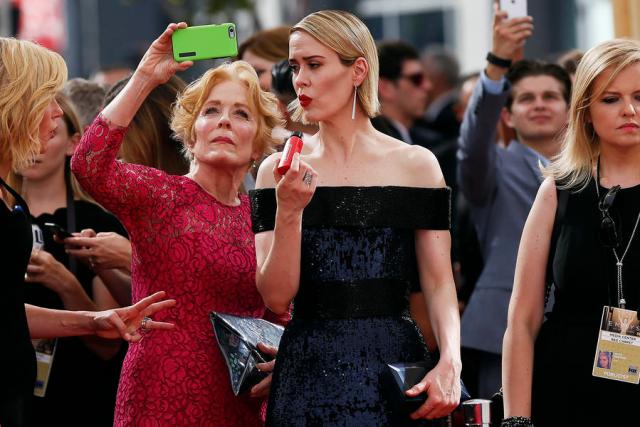