Let’s face it; toast is really little more than a Nutella delivery method. There, I said it.

There was also ANOTHER live podcast with the editors and a roundtable of the writers writing their feelings about their writing. They also wrote about what it’s like to work at Autostraddle. Spoiler alert: It’s pretty freaking great.

Riese got a dog recently, which is a life decision I’m fully behind, and then googled everything related to dogs. I’d never heard of Mary Berry until this week. I feel like from this point forward, this post-Mary Berry life, will be much more fulfilling.

Erin did the impossible and made us care about anything related to The Bachelor with her in-depth investigative journalism into its relationship with the Illuminati.

On Every Girl Scout Cookie Ranked on a Scale of 1 to 5 Mary Berrys:

The Reader’s Choice Award to Sally: 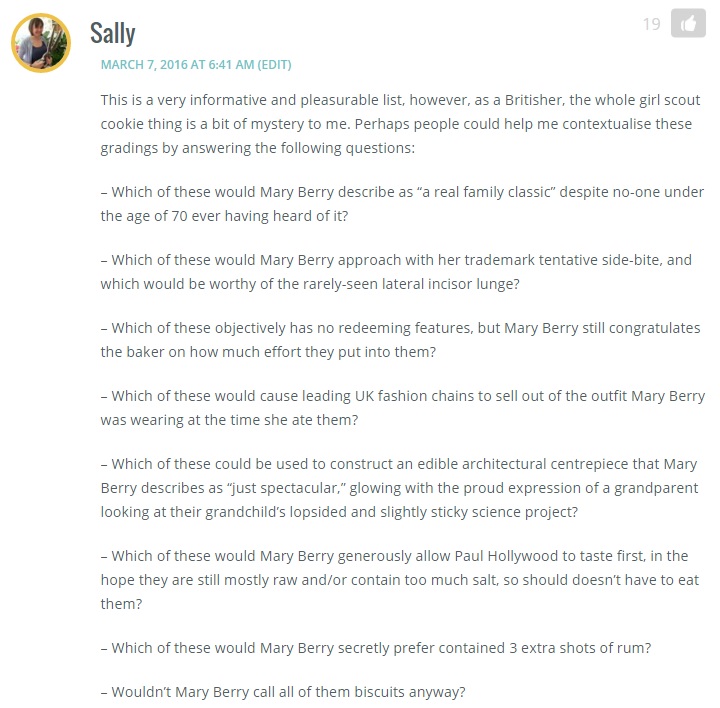 The 5 Mary Berrys Award to Chloe:

On Bottoms Up: Sex and the Single Sub:

The It’s Not Your Brains She Wants to Eat Award to m. teerexington.:

On The Seven Most Influential Queer Girl TV Shows Of The Last Seven Years:

The 4th Wave Award to Maddy:

On 31 Things I’ve Googled In My First Month As a Dog Owner:

The Puppy Love Award to Lindsey:

The Mission Accomplished Award to Sally:

The Safe Space Award to QuinnC and cb: 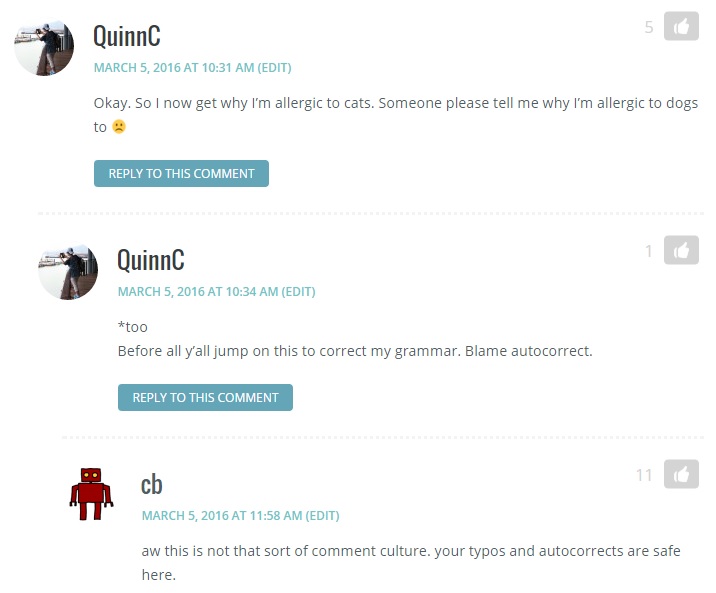