Good morning, pirates! I’ve been watching Our Flag Means Death on HBO and now I want nothing more than a queer, swashbuckling pirate family and a life on the open sea. Be gay! Do crimes! Fall asleep under the stars with your shipmates as the Captain reads bedtime stories aloud! What a dream.

This week, the team ranked Disney movies by mommi issues. This is perfection.

What non-dairy milk are you? Dani Janae knows.

Killing Eve is over and Kayla — and you all — had some thoughts and feelings!

And because we need a little more warm and cozy in our lives, Heather wrote about The Owl House’s gentle queer love story.

KaeLyn helped out a reader who isn’t feeling certain anymore about non-monagamy.

Did you SEE the butch fashion from the WNBA draft? I have no words.

On JoJo Siwa Got an Alternative Lifestyle Haircut: Goodbye Pony, Watch Out World!

The Just Do It Award to Maddie: 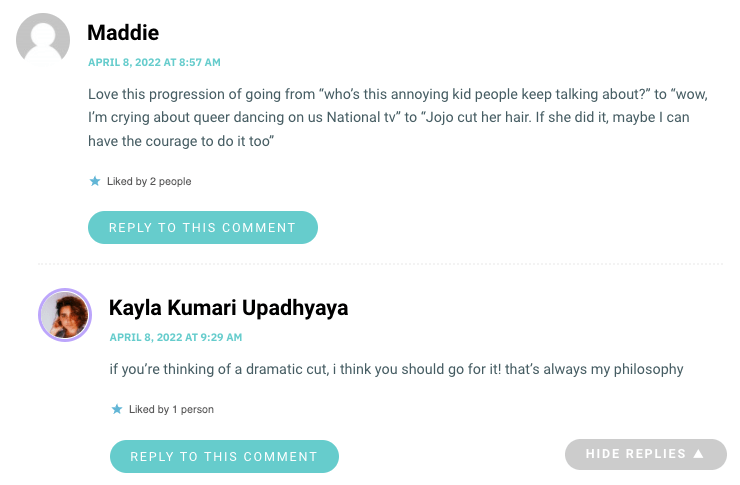 And the No Nonsense Award to florrie:

On Quiz: What Non-Dairy Alternative Milk Are You?

The Soy Boi Award to 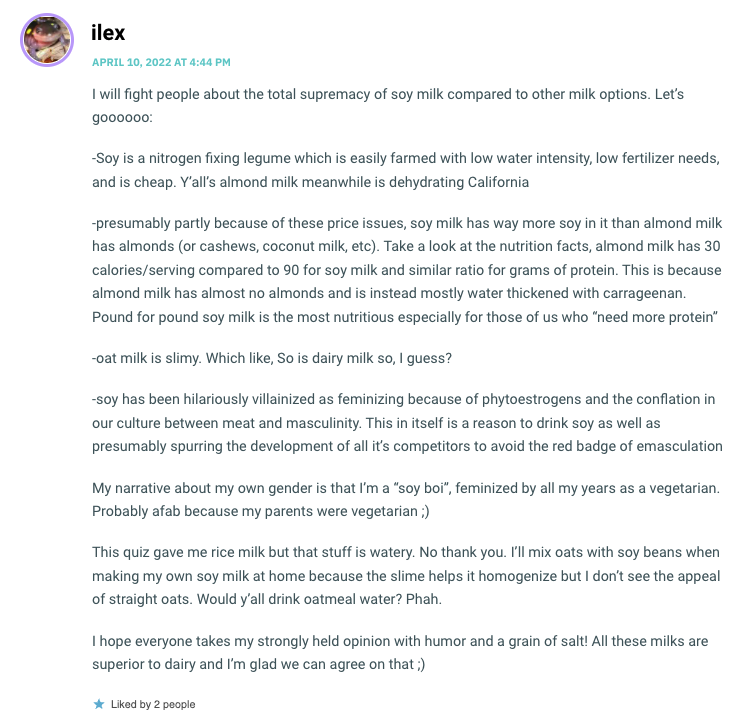 On “Moonshot” Review: I Wish I Had Just Rewatched Zenon:

The Burdens to Bear Award to EllyBelly: 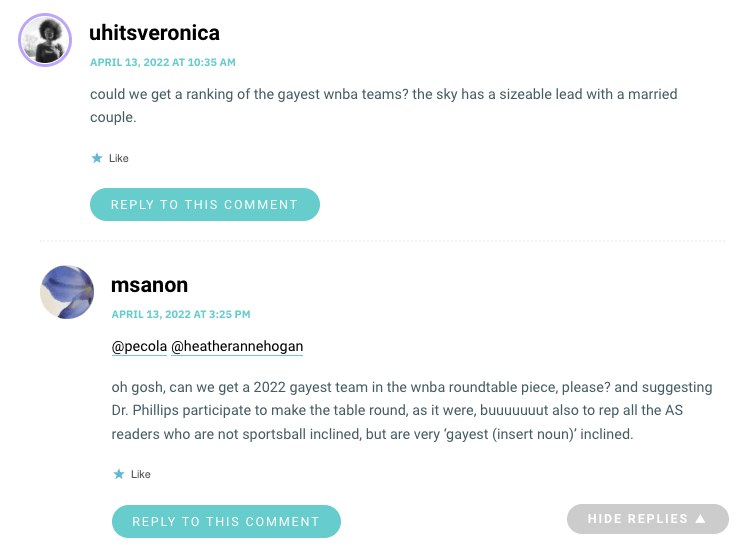 On No Filter: This Photo of Janelle Monáe Makes Me Feel [REDACTED]:

The Way You Make Me Feel Award to shamblebot:

The What Dreams May Come Award to Nova Duarte Martinez: