One of the weirdest things about being a human is how many horrifying stories we tell ourselves. Sleep researchers say we spend 80% of our sleep life having nightmares, and it doesn’t stop when we wake up. We daydream thousands of daydreams every single day; most of those are scary stories too. We dream of failure, abandonment, rejection, loneliness, being hurt, causing hurt, loss, sickness, judgment, monsters in endless incarnations, and, of course, death. Jonathan Gottschall, the guy who wrote the book on storytelling, literally, was compelled to begin his own research into the power of narrative after watching his young daughters play out horror show after horror show, terrifying tales that sprang from their imaginations and manifested in perpetual games of pretend. It’s not just his kids; it’s all kids. We’re born into the world with the compulsion to work out our hopes, our faith, and our fears through stories.

We tell scary stories in our minds because we’re scared, because the world is scary, because everything is fragile and the control we have over our lives is minimal and we need to imagine infinite scenarios where we’re confronted with our terrors, so we can imagine infinite ways to survive. 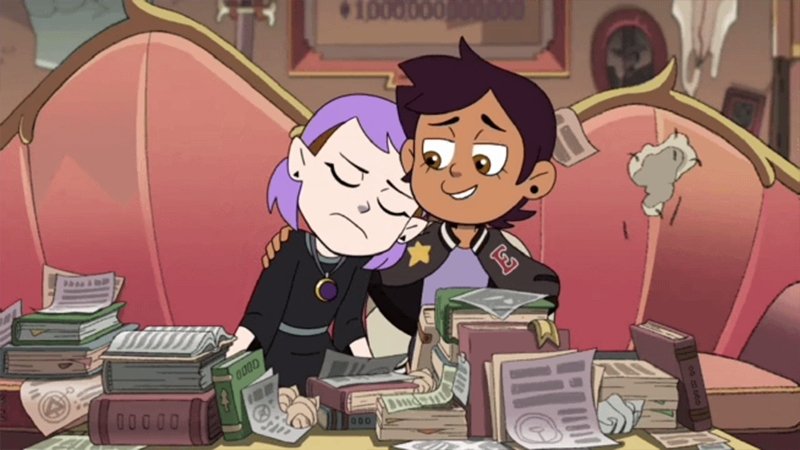 Over the last decade, no genre has given LGBTQ+ people the luxury of seeing themselves triumphantly represented in stories like queer cartoons helmed by queer creators. Adventure Time, Steven Universe, She-Ra and the Princesses of Power, and now The Owl House, which kicked off season 2B earlier this month and has already managed to explore young queer love and profound grief with more compassion and nuance than any “grown-up” show on TV.

In last week’s “Reaching Out,” Luz wakes up to a reminder on her phone that she has plans with her mom. She can’t make it, of course, because she’s stuck in the demon realm and her mom’s still in the human realm, but Luz’s panic hints at something deeper than just missing her Mami. She shoves it off. “I feel great! Today’s going to be a productive day of problem solving!” she tells Eda and King. When Amity arrives with her own problem — she wants to enter a monster brawl instead of going to coven try-outs like her parents want her to — Luz throws herself into her girlfriend’s arms and also into her troubles. Someone else’s issues to occupy her all day? Sign her up! Just some mild, harmless distraction! (Well, as harmless as any all-day cage match between magical creatures can be.) 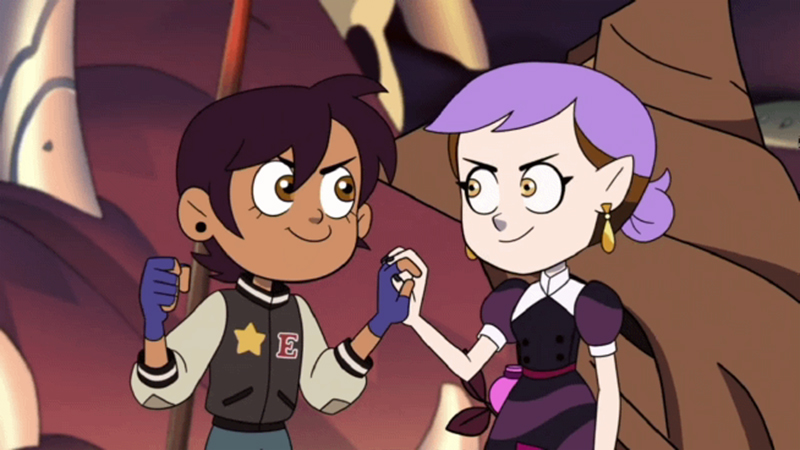 Amity susses out that Luz is acting weird. Her phone alarm keeps going off and she keeps hiding the messages. She can’t sit still. She enters the competition herself, ostensibly to help Amity, but really because she doesn’t want to be alone with her thoughts. She even wallops the bot bodyguard Amity’s dad made and then lies about it. She’s more squirrelly than usual, too, and she won’t talk to her girlfriend about what’s going on, no matter how many times Amity asks.

Luz finally reveals that today is the anniversary of her dad passing away, that she and her mom usually collect flowers on this day, to put at his grave, and then they spend the whole day together. She says it happened a looooong time ago, and so obviously she’s not still bothered by it, but, you know. She’s sad and lonely and maybe even a little jealous that Amity has a dad that cares so much, even if he’s overbearing in the way he shows it. Amity forgives Luz as soon as the words are out of her mouth, helps her grow her own flowers, and holds Luz’s hand as the balloon she conjures carries the flowers up into the night sky. She knows she can’t heal Luz’s grief, but she can sit with her underneath it.

As I was watching (er, crying) my way through the episode, I couldn’t stop thinking about how The Owl House is a beloved Disney Channel property, and about how Disney can’t get out of its own way when it comes to Florida’s “Don’t Say Gay” bill. Disney keeps donating to anti-LGBTQ politicians, keeps cutting all the gay parts out of Pixar movies, keeps trying to pass off micro-second throw-away dialogue as actual representation, keeps pushing a narrative that reduces gay people to gay sex and deeming all queer content as too mature, too explicit for little kids. I was thinking about JK Rowling and her escalating anti-trans bigotry, about how multiple generations of queers have lost the magical universe they grew up in. And here’s bisexual creator and showrunner Dana Terrace, telling the sweetest, gentlest, most beautiful story about two witches who like-like each other — and sometimes even kiss on the cheek, with such blushing! — and are figuring out who they are, individually, under each other’s adoring, empowering gaze. 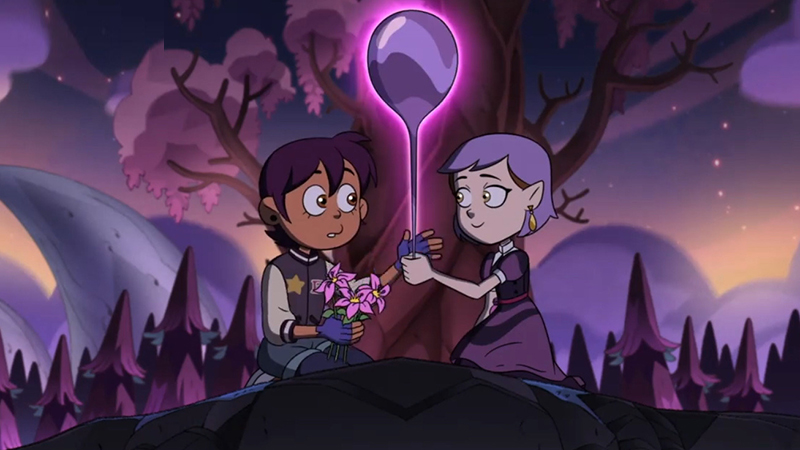 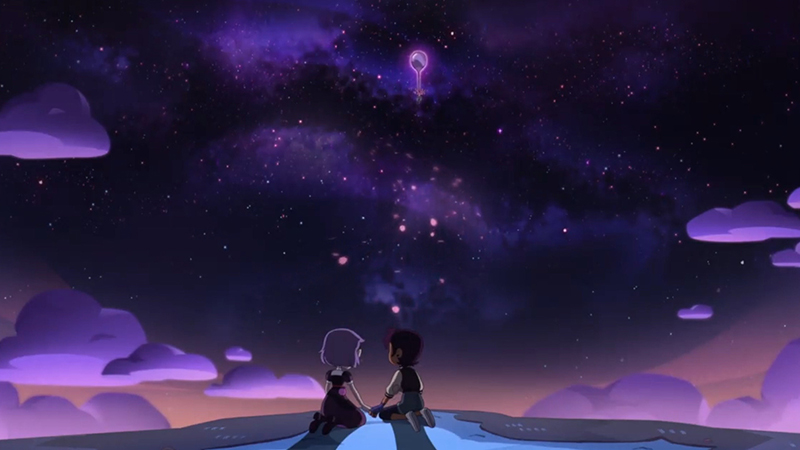 Terrace has been relentless in standing up to her employer, not only in fighting for the queer representation she knows her audience deserves, but also by advocating for people to support queer creators making Owl House merch on Etsy (instead of spending $30 for a rainbow Mickey pin at Disneyworld), auctioning off art with other queer animators to raise over $70,000 for the Trevor Project and the Zebra Coalition, and bluntly stating that Disney is trying to use her hard work to make themselves look less homophobic. She’s shown the kind of bravery and boldness and goodness that make me really understand how much of herself she put into her magical characters.

It’s a rare gift to scoot close to a storyteller who understands the power and responsibility of crafting queer characters; to witness who you are and were and can be in a realm of make-believe; to relax into a fictional world because you know the monsters will be there, but Luz will never let them get you.