+ A gay deaf woman was strangled with her own tie after a man attacked her near her home in South London last week. Helena Martins was cornered by a man while walking home. He hit her in the eye and strangled her with her tie and when she fought back to protect herself, he scratched her face and hit her head multiple times. Martins managed to kick him in the crotch which prompted him to run away. “I have no doubt I was targeted because I was a woman wearing a tie,” Martins told the Evening Standard. “He was quite fixated on the tie… This is a way of letting people know that hate crime and homophobia are still very much alive.” Martins created a crowd funding page to raise money for Stonewall, a UK LGBT organization, in order to “to fight homophobia so that no one else is targeted because of their sexual orientation or because they’re agender, or wear what they like!” Friends and supporters of Martins wore ties to show their support and used the hashtag #TieForHelena. Police are investigating but have made no arrests.

+ A NBA player has finally formally apologized for calling a referee a “faggot” on the court. Sacramento Kings guard Rajon Rondo received a one game suspension after a profanity-filled and slur-slinging tirade against referee Bill Kennedy who ejected Rondo from a game against the Boston Celtics in Mexico City on December 3. 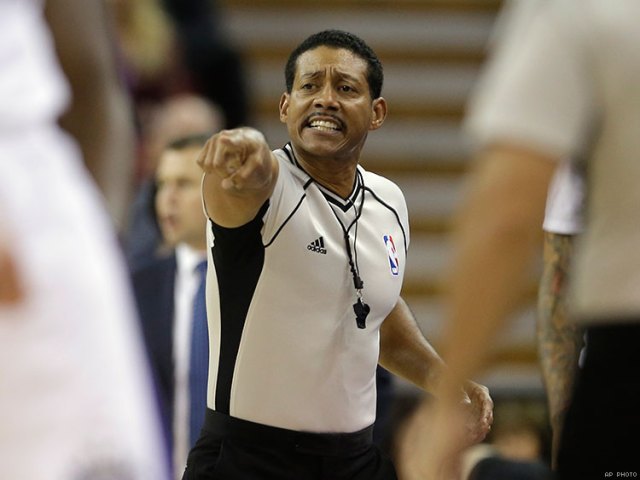 Bill Kennedy, who is an 18-season veteran NBA referee, came out publicly and told Yahoo Sports: “I am proud to be an NBA referee and I am proud to be a gay man.” He hoped to send a message to young men and women in sports “that you must allow no one to make you feel ashamed of who you are.” On Monday, Rondo sent out a pair of sorry-ass empty tweets, which a lot of people say weren’t actual apologies.

My actions during the game were out of frustration and emotion, period!

They absolutely do not reflect my feelings toward the LGBT community. I did not mean to offend or disrespect anyone.

After he received lots of criticism, he finally made a more formal apology on the official NBA website.

“Yesterday, I said my words toward Bill Kennedy were unacceptable and did not reflect my feelings toward the LGBT community. Some have interpreted my comments as a non-apology. I want to be clear, from the bottom of my heart that I am truly sorry for what I said to Bill. There is no place on or off the court for language that disrespects anyone’s sexual orientation. That is not who I am or what I believe and I will strive every day to be a better person.” 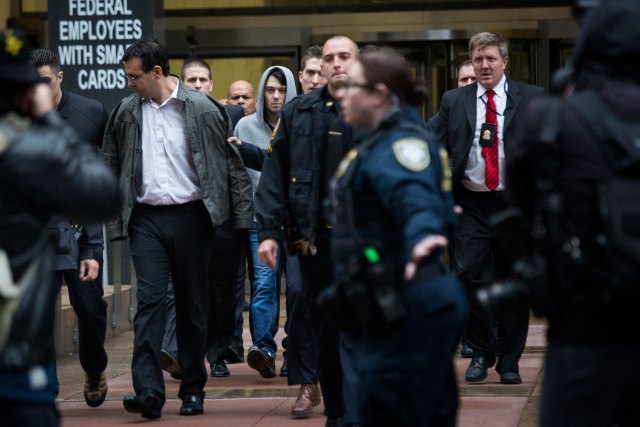 + Martin Shkreli, the big pharma CEO who jacked up the prices of life-saving drugs, was arrested by federal agents today at his Manhattan apartment. He was arrested for something unrelated to pharmaceutical costs but for securities fraud related to a firm he founded. Basically he’s being charged with illegally taking stock from Retrophin Inc., a biotechnology firm he started in 2011, and using it to pay off personal debts.

+ Andras Janos Vass, a leader of a sex slavery ring, was sentenced to 11 years in prison for human trafficking by a Miami Dade judge. He trapped Hungarian men in apartments and forced them to have sex with other men around the clock. This is the first time Florida has given a prison sentence for someone convicted of trafficking gay men.

+ Malta could be the first EU country to outlaw gay conversion therapy under a bill submitted this week. Malta’s Minister for Social Dialogue, Consumer Affairs and Civil Liberties Helena Dalli presented the bill called “Affirmation of Sexual Orientation, Gender Identity and Gender Expression.” A public consultation on the issue was opened and will be open for a month.

+ When I read the headline for this story, I thought it was just an exaggeration or something, but it’s actually real and baffling. A Saudi millionaire was cleared of rape charges claiming he tripped and fell on the 18-year-old girl involved in the case, and accidentally penetrated her. Ehsan Abdulaziz claims right after he had sex with the 18-year-old’s friend, he offered the 18-year-old a t-shirt or taxi ride home but fell on her when she tried to seduce him and that’s how his DNA was found in her vagina. A jury reportedly deliberated for only 30 minutes before acquitting Abdulaziz of the rape charge.

+ A Baltimore jury was unable to reach a verdict in the case of William Porter, the first cop on trial in connection with Freddie Gray’s death, resulting in a mistrial. Porter has plead not guilty in his charges for involuntary manslaughter, second-degree assault, reckless endangerment and misconduct. The jury deliberated for more than three days and on Tuesday told the court they were deadlocked but the judge told them to go back and deliberate. It’s unclear whether there will be a new trial for William Porter.

+ LAPD investigated 1,356 allegations of race profiling aka biased policing by citizens in their own department and found no bias in any of the cases. The complaints against officers were collected between 2012 and 2014. Police commissioner Robert Salztman called the reports “troubling and disappointing.” “While no doubt the vast majority of LAPD officers do not engage in biased policing, it strains credibility to suggest that … there were zero instances of biased policing,” he told The LA Times. “It should not be surprising that there is diminished trust in the LAPD given these results.”

“I am pleased to announce a new Justice Department guidance designed to help state, local and tribal agencies eliminate gender bias from their policing practices. Such bias – whether implicit or explicit – can severely undermine the ability of law enforcement to keep survivors safe and to hold offenders accountable. For instance, false assumptions about alcohol use, the physical strength of a victim’s partner or a victim’s sexual orientation can lead police to make judgments about the truthfulness of the survivor’s account or the severity of the assault that are simply wrong. And when bias interferes with a law enforcement response, justice can be delayed and victims can suffer.”

+ One of the leading centers for ex-trans therapy (like ex-gay therapy or conversion therapy) will be closing and one of its biggest advocates will retire from his job. The Centre for Addiction and Mental Health in Toronto will close its Child, Youth, and Family Gender Identity Clinic after an independent review revealed it was using antiquated practices that shame and stigmatize people for embracing their transgender identites and was overall anti-trans. Dr. Kenneth Zucker, who was a proponent of the ex-trans therapy and headed the gender identity clinic, has left.

+ Mexico finally recognized its black citizens by including an “Afro” category for the first time in their national census. The 2015 survey was released last week and counted about 1.38 million people (1.2% of the population) of African descent. This is a result of many afro-mexican activists who petitioned leaders and organizations for recognition.

“In cities like Washington, DC, where nearly three quarters of trans sex workers report living with HIV, every time a sex worker gets harassed by beat cops, unfairly rejected for a job or denied appropriate medical care, she is pushed further into the social instability that exacerbates the HIV crisis. Yet advocates say that federal HIV/AIDS strategy continues to ignore their plight.”

+ I’m really uncomfortable giving huge corporations a high-five but Logo named these the Top 25 Trailblazing Companies when it comes to LGBT-inclusive businesses. Big names like Google, Johnson & Johnson, and Wells Fargo are on here.

+ Etsy put up gender-neutral bathroom signs at its New York City headquarters. New York State law says all public restrooms need to be designated by gender. The new signs at Etsy allows for people to use whichever restroom they want.

Super proud of @Etsy today for making our bathrooms as gender-neutral as state law allows pic.twitter.com/YTrwvWUfau