Q: I want to start binding (or at least trying it out) and have been thinking about it for a while. It’s been a gradual decision but I’ve always been aware that my chest does not belong to my body the way I see it. I’m afraid my mom will throw it back in my face as she does with the “but promise me you won’t dress like a man” comments.

When I read your article about the GC2b and looked at their website, that was the first time I thought that I really could purchase a binder and feel like myself. But I keep not purchasing one because I’m trying to work through what it would be like to feel like myself but my family couldn’t wrap their heads around it. That feels really dumb once it is typed out, but it is true.

I guess all of this is to ask if you are/have had to work through other people’s perceptions around binding and/or if you have suggestions on how to navigate the conversations with people who you care for and support most of you but will struggle with the decision to bind.

A: Hello, friend! I feel like there is a definite answer here in a way that there isn’t usually when I answer people’s questions. First off, you asked if I’d ever had to deal with other people’s reactions to my binding. And my very short answer is: not really. At least, not the way you’re asking. Most reactions I’ve had have been from the queer community because, well, I write about my underwear on the internet and that’s who reads it. Reactions there have been mostly, “oh, you bind? I didn’t know people who weren’t trans also wore binders, maybe I too can try a binder because that sounds like something I would like to do.” But when it comes to my family and friends, they haven’t really said a word.

That is because if they did, they would be having a conversation with me about my underwear. And that is not socially graceful. 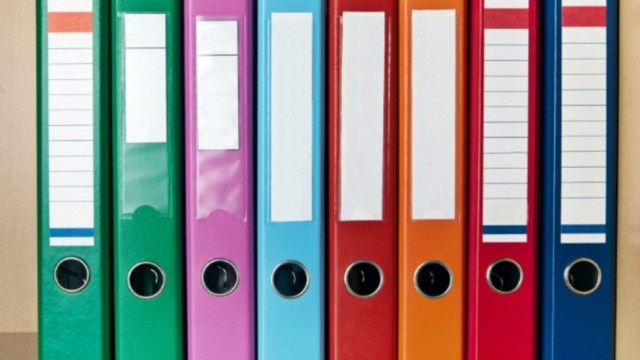 Now don’t get me wrong; there are friends that I have always and will always talk about my underwear with, and I am not a subtle person in general. So we’ve had conversations about my underwear. But they have mostly been along the lines of “can you see this black binder through this grey teeshirt?” and “are these boxers cute or am I suffering from pattern overload and cannot accurately assess this situation?” (the answer to that second one is usually, yes, gosh, those are ugly, are you even looking at them, what is wrong with you). I believe at one point I asked a fellow Autostraddle staff member to pull my binder down in the back because I got stuck in it. Once my mother asked me if I was trans, but that was more because of my overall presentation and less about what I do or do not wear under my clothes. I said no, she said okay and the conversation was over; I think we were in the car? I don’t know, I don’t really remember the conversation because it was a blip.

But in general, it’s not really cool for family, friends and acquaintances to have feelings about your undergarments, and if they do they should probably keep it to themselves. Personally, my peeps have been quite good about this.

You wouldn’t have written me, however, if your friends and family hadn’t given you cause to worry about this, right? Well then, here is my advice in this matter. I want you to practice saying the following: “Are you really asking me about my underwear right now?” With most people, this will stop them. Very fast. Because then they will realize what they are doing. If they continue, you can follow up with some variation on: “I prefer to only discuss my underwear with someone I am dating.” or “I don’t really care to talk about my underwear with anyone.”

And if they persist? Turn-about is fair play. Begin to ask them questions about their underwear: where they purchase it, how much it costs, what color it is at this very moment, what material it is made out of, what it makes their butt or boobs or junk look like; just go ahead and ask away, because they are clearly giving you permission to ask them these questions. Hopefully this makes them feel silly enough that they stop. If it doesn’t, I highly suggest the, “I am no longer participating in this conversation” tactic. It is tried and true and signals that there is no potential for continuing this conversation. Either change the subject, walk away, hang up the phone, or use any other conversation ender you’d like because FOR THE LOVE OF LESBIAN JESUS, DO THEY NOT KNOW YOUR UNDERWEAR IS YOUR BUSINESS AND YOURS ALONE?

Now it sounds like you might want to be a spot nicer than I might want to be, in which case you can answer with “my decision to bind has to do with how my body feels best in clothes. If it begins to mean anything else to me that affects the way you relate to and talk to me, you’ll be the first one to know because I care about you and like to share things with you. Until then WHY ARE YOU ASKING ME QUESTIONS ABOUT MY UNDERWEAR.” Sorry. Apparently I can’t turn that off. Because why. Why do they care what you are doing with your chest?

I think the most important thing I want to tell you, though, is not to let other people’s reactions keep you from trying things out with clothes and, yes, binders that you think will make you feel and look good. Really liking how you look and feel in clothes is something I feel gets underestimated in many narratives as “fluffy.” But it’s not! It’s actually really important and can affect your confidence and how you move through the world. So go do the thing! Buy the binder! And if your friends and family insist on continuing to talk to you about your underthings, direct them here so that they may read, straight from me to them:

WHAT IS WRONG WITH YOU WHY ARE YOU STRIKING UP CONVERSATIONS WITH THIS LOVELY HUMAN ABOUT HER UNDERWEAR DO YOU WALK ONTO THE SUBWAY AND DO THAT OR MAYBE JUST HEAD TO YOUR PUBLIC LIBRARY AND BEGIN ASKING PATRONS ABOUT THEIR UNDERWEAR WHY DO YOU FEEL LIKE YOU GET TO KNOW ABOUT THIS PARTICULAR PERSON’S UNDERWEAR?