When you’ve starred in an amazing Netflix series, you win an award from GLAAD, you just made the cover of Time, you’re producing and hosting a TV show coming to MTV soon, you’ve been on talk shows ranging from Melissa Harris Perry to Katie, President Obama mentions you by name during his Pride Month speech and you’re one of the faces of the modern trans movement in America, it’s really quite something to say that you’re having an above average week. Yet that’s exactly what Laverne Cox is doing.

The other day, it was announced that Cox would be breaking out from Orange is the New Black and appearing in a guest role on Bravo’s upcoming original scripted series, the first in the network’s history. She’ll be playing “Adele Northrop,” a Pulitzer Prize-winning war journalist and LGBT activist who presents an award at a marriage equality gala in the show Girlfriends’ Guide to Divorce. The show will star Lisa Edelstein and is premiering this fall. Hopefully Cox’s character will have a growing role and will appear more than in just the one episode. 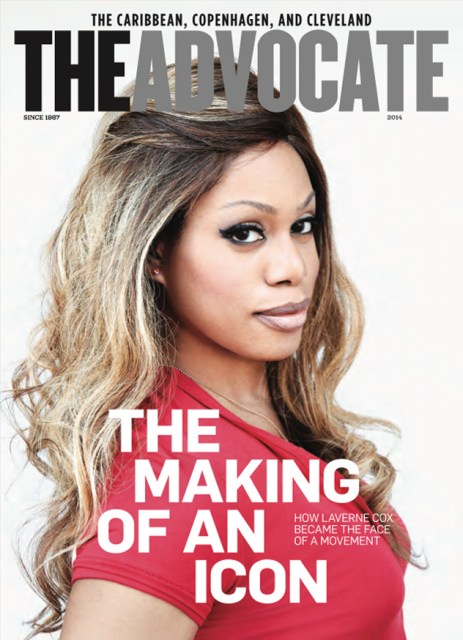 Then, all in one day, Cox’s week really picked up. On July 10, The Advocate released its latest cover story, featuring none other than Laverne Cox. This cover story, titled “Laverne Cox: The Making of an Icon” gives a detailed look into her life, from her childhood in Mobile, Alabama, to her beginnings in theatre and film, to her coming out as trans and then to her current rise up the ranks as not only a celebrity, but also a true modern-day icon. This article at once both shows how fascinating and unique her story is, while at the same time showing just how classically “hero’s journey” it is. Reading her story is like reading a classic novel (and in fact, it will be a memoir next year).

Seeing Cox come from being a youth who didn’t fit in, was picked on and even attempted suicide in the South, to be at this place where she’s nominated for and winning awards, on the covers of magazines, speaking at national events, on talk shows and starring in a smash-hit TV show truly is miraculous. Seeing how hard she worked and all the different places she’s been makes it even more amazing. Cox recognizes the impact she and her story are having, and in the article says, “If I’m going to have a public platform, I want to use it not just to elevate myself but to elevate issues that are important to me… there are so many more trans folks coming forward and saying, ‘This is who I am, this is my story, I will not be silent anymore, I will not be in hiding anymore,’ and that’s when a movement really happens, right?”

That same day, John Legend premiered his latest music video, one for the song “You & I (Nobody in the World),” which features dozens of women and girls of different ages, sizes, ethnicities and styles. A few of them are famous, including the model and Legend’s wife Chrissy Teigen, actress and singer Tatyana Ali, out comedian Tig Notaro and of course, Laverne Cox. The video features the wide variety of women all looking directly into the camera as Legend sings a love song about how beautiful the woman he is singing to is. It’s meant to convey a message of beauty and strength for all women and girls, no matter how well they fit into society’s normal standards for female beauty.

All of this isn’t even to mention her Emmy nomination for Outstanding Guest Actress in a Comedy for her role on Orange is the New Black. This would be a phenomenal achievement for any actress, but when you add the fact that it makes her the first openly trans performer nominated for an Emmy, it becomes not just a personal accomplishment for her, but a historical one as well. Once again, Cox is cementing her role as a true icon. 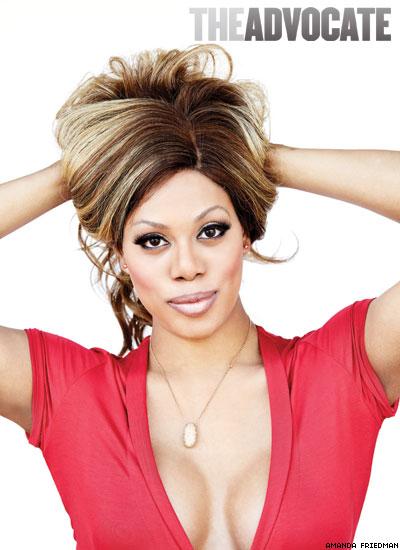 I would say that Cox is making the rest of us look bad, but she’s so positive, affirming and uplifting — especially to other trans women — that that’s simply not the case. She makes sure that her success spreads a positive message to the rest of us. She’s not only having a great week, but also a great year, and she absolutely 100% deserves it. I, for one, hope that she has more weeks as amazing as this one and more weeks even better.