It was an excellent show for many reasons, including the fact that Laverne Cox mentioned Autostraddle’s article on Real Life Sophia Bursets!

And here’s the clip where Autostraddle gets name-dropped (it’s at the 2:50 mark):

It was also pretty great to see more of Uzo Aduba, one of several Orange is The New Black cast members whose professional background is mainly in theater, not film or TV, and thus is pretty new on most fans’ radars. (Samira Wiley and Danielle Brooks both attended Julliard, the most competitive and exclusive theater program in the country. Wiley appeared in Love’s Labors Lost at The Public and Brooks recently spent a year playing Clarice in Servant of Two Masters with the Yale Repertory Theater.) Aduba recently starred in Godspell on Broadway, made her Broadway debut in Coram Boy, and was nominated for a Helen Hayes Award for Best Supporting Actress in a Play for her performance in Translations of Xhosa at The Kennedy Center. 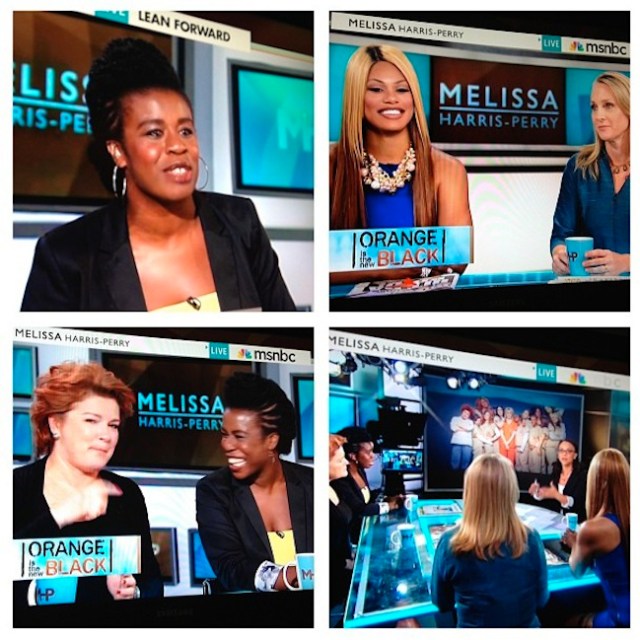