Last week, Atlantic County Superior Court Judge Nelson Johnson ruled against 22 cocktail servers who filed a lawsuit against the Borgata Hotel Casino & Spa for weight discrimination. The casino’s policy required frequent weigh-ins and prohibited the “Borgata Babes” from gaining more than 7 percent of their body weight from the time they were first hired. There were a handful of male “Babes” at the casino. The women said that Borgata didn’t hold them to the same expectations with the same consequences, but the judge ruled that there wasn’t enough evidence.

This especially sucks, because Borgata is supposed to be super gay friendly. I like their shiny building, and I have tickets to a concert there in September. I expected better. Clearly, that was naive. 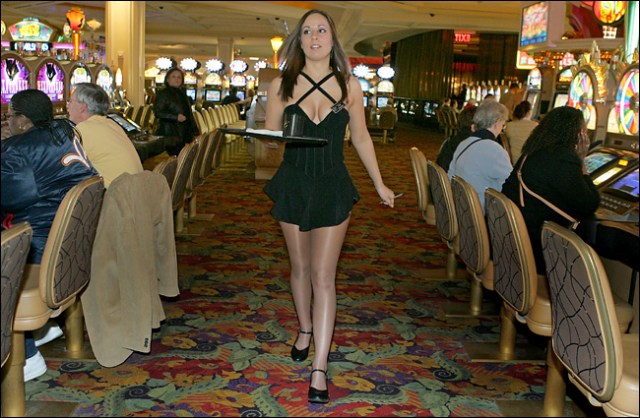 A “Borgata Babe” In Action
Via The New York Times

With regard to Borgata’s weight policy, I feel like this should go without saying, but I’m going to say it anyway: beauty come in sizes other than “skinny” and “skinnier”. Even in the mainstream media, we have Christina Hendricks, Queen Latifah, Kat Dennings, Amber Riley, Adele… the list goes on. These women have repeatedly been praised for their looks not just in spite of their size, but often because of it. Borgata’s narrow view is outdated, and very likely does not align with the real life preferences of the customers they hope to attract; in addition to the deeply problematic concept that women’s contributions at work are tied to their appearance, this rule smacks of fatphobia on Borgata’s part.

Truthfully, I think this policy doubles as a sneaky form of age discrimination. Nothing in the policy expicitly forbids non-skinny people from being hired (although it’s also totally possible that Borgata has practiced sizeist discrimination in their hiring practices); it just forbids skinny people from becoming non-skinny, and large people becoming larger. But most women aren’t vampires or Bianca Lawson. In the real world metabolisms slow down, and it is both normal and healthy for human bodies to change as they get older. 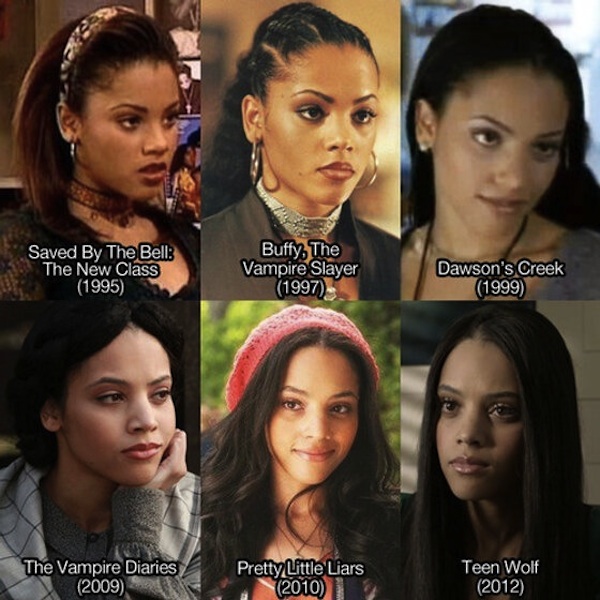 Unsurprisingly, not all of the “Borgata Babes” have been able to comply with the strict 7% weight gain limit. (I know you’re doing math in your head, so for reference: a server originally hired at 120 pounds would be suspended or possibly fired for weighing in at 128.5 pounds. Purportedly, 7% is the gain that would require a person to go up a clothing size.) In an attempt to comply, the Borgata waitresses resorted to bulimia, starving and diet pills. Their employer reportedly advised them to diet, take laxatives, and even stop taking prescription medications.

According to Simon Law Group, 686 women and 46 men worked as Borgata Babes from February 2005 to December 2012. Twenty-five women were disciplined for weight gain — a few more than once — and none of the men.

In the ruling, Judge Nelson found that there was not sufficient evidence of gender discrimination, pointing out the lack of proof that the men had been in violation of the rule. He also spoke in support of Borgata’s position that maintaining a certain weight is part of what the employees agreed to do as entertainers.

“The Borgata Babe program has a sufficient level of trapping and adornments to render its participants akin to ‘sex objects’ to the Borgata’s patrons,” Johnson wrote. “Nevertheless, for the individual labeled a babe to become a sex object requires that person’s participation.”

In other words: “They should have known better.”

In other other words: “They were asking for it.”

Ding! Classic case of victim blaming, placing responsibility for change on the people being exploited rather than the people doing the exploiting, and avoiding looking at systems and institutions in favor of the individual. 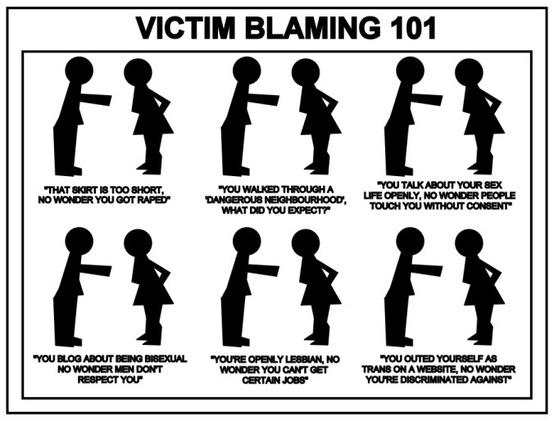 Are you sufficiently repulsed yet?

The sad thing is, this isn’t even a new issue – we’ve already solved more or less the same problem when it came up for airline stewardesses… two decades ago. In that case, it was found that the main function of a flight attendant is not to be decorative or to turn people on; it is to provide service to patrons. Why is the job of a cocktail server any different? Even if additional weight did make someone less attractive to certain customers – why does it matter? Are they suddenly unable to take orders and serve beverages? 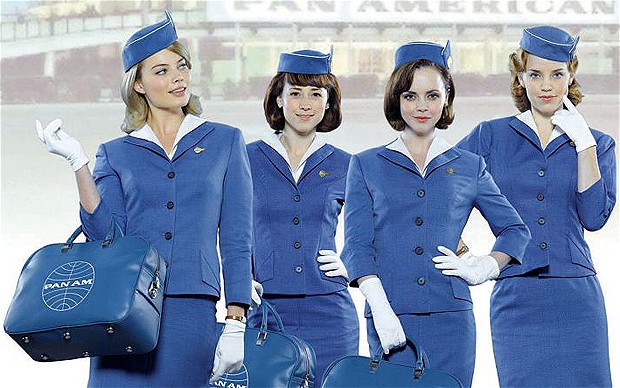 Did anyone else watch Pan Am?
via Telegraph.co.uk

People do not lose worth by gaining weight, whether they are employed as “sex objects” or otherwise. Regardless of occupation, all people have a right to be in control of their own body. Ruining one’s health is not a reasonable expectation for any profession, and firing someone for gaining weight is disgusting.