Burka Avenger, a children’s cartoon series featuring a teacher-by-day, superhero-by-night woman protagonist, debuted on Pakistani TV on July 28 to a crowd of fawning internet commentators. Prior to its first episode, which featured Jiya attacking Taliban-like evildoers to protect girls’ access to education, the TV series already had over 20,000 fans on Facebook, an iPhone game, a music video and merchandise.

Central to much of the discussion – or “controversy,” as many have chosen to frame it – about this new superhero is her choice of the burqa as her disguise. Does it “reappropriate […] a symbol of oppression into a force for good” or “brainwash girls into thinking that a burka gives you power instead of taking it away”? 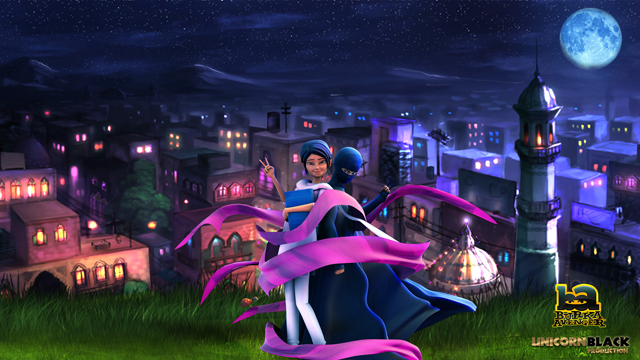 The show’s website says that its main aims are “to make people laugh, to entertain and to send out positive social messages to the youth,” leaving vague whether the burqa is meant to be part of these “social messages” and if so, how. Creator Haroon Rashid, a 40-year-old Pakistani pop star, was quoted in an interview with NPR responding to criticism of the Avenger’s costume.

She doesn’t wear the burqa during the day – she doesn’t even wear a headscarf, or a hijab or anything like that; she goes about her business as a normal teacher would. And so she chooses to wear the burqa, she’s not oppressed… and on the other end of the spectrum, a lot of female superheroes in the West are objectified, and sort of sexualized in their costumes, like Catwoman and Wonder Woman, and that certainly would not work here.

Haroon similarly emphasised in an NDTV interview that the choice of the burqa was not intended to do more than give the show a “local, relatable flavour.” The show will feature issues that go beyond education and religious fundamentalism, including sectarian violence, child labour and caring for the environment. 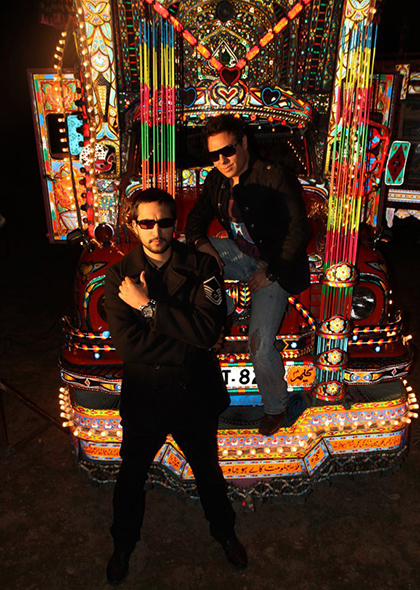 Despite what’s been said in interviews, it seems improbable the team went into this believing that a burqa-clad superhero would be seen as simply a mark of “culture.” The response to this has taken a life of its own; in other words, it’s not a non-issue just because they say it’s one. A number of red flags came up for me while contemplating Haroon’s defence of the cartoon particularly in his uncritical reiteration of several flawed binaries.

* Note on “modesty” and the veil: I am slightly uncomfortable judging Jiya’s dress in terms of “modesty,” for there is an argument for not being hung up on “appearances and legalistic rulings” when it comes to perceiving the veil from a religious perspective. 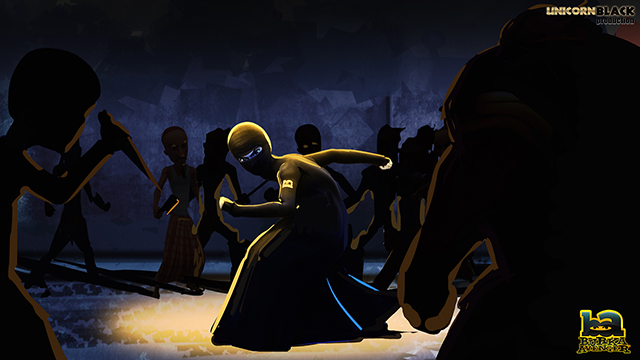 More fundamentally, though, why is the question still “why the burqa?”

I am skeptical about Haroon’s attempt to present the deeply culturally embedded relationship between the burqa and modest dress/behaviour – as well as the other consequences that come with this specific expression of religious practice – as merely a tangential one. It cannot be glossed over that the burqa holds religious and cultural significance that makes it more than an accessory to be taken on and off at will. Burka Avenger is popularly read as a counter-narrative to the rhetoric that burqas are inherently oppressive, but arguing that the burqa can be simply flipped around to be a source of power is just as misguided.

So what’s troubling about counter-arguments like these is that they do not shift attention away from the burqa altogether but instead treat it as a locus of liberation. As if Muslim women who don’t cover our heads are proven not to be oppressed. Or if we choose to cover our heads, then clearly we’re free.

As Kawthar Al Qattuta wrote in response to the Qahera vs FEMEN comic, similarly featuring a hijabi superhero, that made its rounds on Tumblr a while ago:

The discourse on plighted Muslim women often focuses on the physical: the forced veiling, domestic violence, segregation, forced marriages and so forth. This focus on the physical masks the inherent bigotry in this rhetoric: the colonialism, the racism, the paternalism, the authoritarianism.

Likewise, when the counter-narratives offered by Muslim women are relegated to the realm of the physical, it contributes to that lack of focus and skirting around the real issues at hand.

Criticism and praise of the Avenger’s burqa are characterised as “feminist,” but I’d argue that they’re far more neo-orientalist. This isn’t as much about the patriarchy as it is about continuing to perceive Muslim women as Other. This is especially true of commentaries coming from the outside, though it is also entirely possible for those within to be guilty of the same. (This is seen, for example, in the Good Muslim/Bad Muslim binary in which you disassociate yourself from “less desirable” parts of your own culture to make yourself more palatable to dominant ones.) Asking whether the burqa is “cool or conformist” completely misses the point – why are we still intent on reading so much into it? Why do we continue to reify the burqa as a symbol of Otherness from which we make reductionist conclusions about actual women’s realities?

Fixating on a Muslim woman’s dress, no matter which side you’re on – none of this is subversive or radical.

Fixating on Muslim women, period – none of this is subversive or radical. 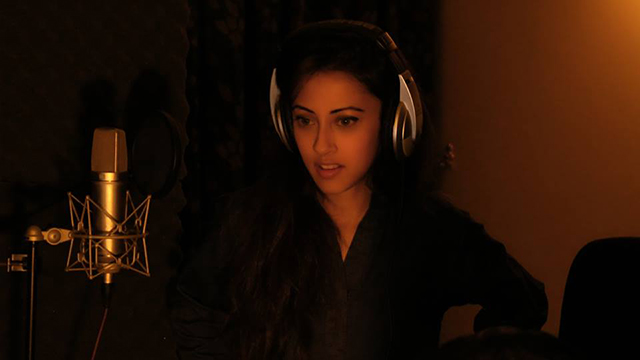 It is necessary to note that there is a gaping hole in both my own analysis and that of most talk about this: what is the Pakistani response to this Pakistani TV show? There are issues in Burka Avenger that go beyond Jiya’s dress, including representations of national culture (the shalwar kameez & dupatta are more common than burqas in the South Asian nation), the rural/city divide, and so on. These critical narratives are not mine to take on, but they are very much worth blocking out the noise about the burqa to listen to. 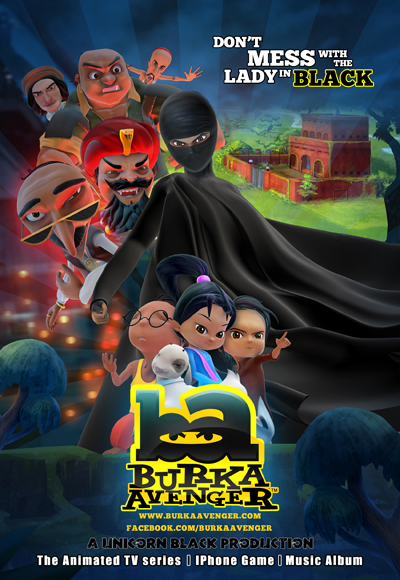 That’s a niqab, not a burqa. (While frequently used interchangeably, burqas are a full-body covering with a mesh screen in front of the eyes too.) Not all headdresses are made equal. Did someone say something about homogenising the Muslim Woman Experience?