Author’s Note from Mey: The problem isn’t trans women being placed in men’s prisons, or trans prisoners being denied medical treatment, the problem is the entire system. There are no good cops or good prisons, all of them work towards the goal of White supremacy and terrorizing, torturing, locking up, and murdering Black people. Police and prisons must be abolished now.

The clear breakout star of Netflix’s new series Orange is the New Black is actress Laverne Cox who plays Sophia Burset, a transgender woman serving time along with all the other prisoners in the fictional Litchfield Correctional Facility in New York. At one point, Sophia is denied her hormone therapy, highlighting the problem that trans women in general, and especially in prison, of have in getting proper medical care. Sophia is the rare example of a trans woman in prison who actually gets to be incarcerated with other women. The horrifying reality of the situation is that trans people are almost always put in prison with inmates that match their gender assigned at birth. This not only leads to lack of proper medical care, but also mental anguish, increased rates of harassment and violence and shockingly high rates of sexual abuse. For trans women who are locked up, getting access to medical care and safety from the guards and inmates is a serious problem. But the problem starts when they are put in prisons designed for men. 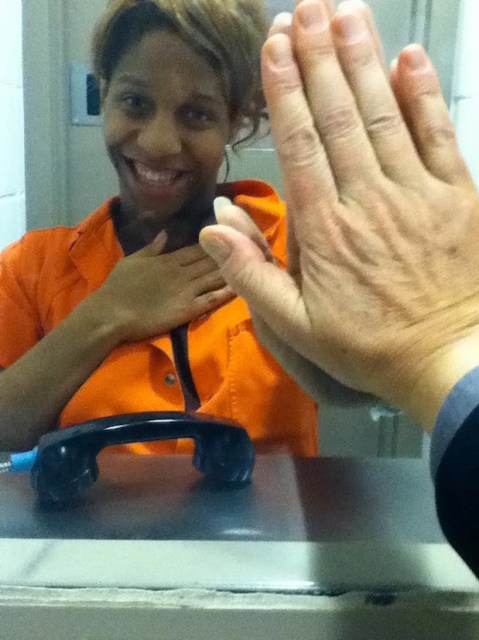 Perhaps the most high profile recent case of a trans woman being sent to prison is CeCe McDonald. In June of 2011, McDonald, an African American woman, and a group of friends were walking past a bar when a group of white men started hurling racist, homophobic and transphobic insults at them. A fight broke out and McDonald had a glass broken in her face and needed 11 stitches. She and her friends tried to get away, but were followed and the main attacker, Dean Schmitz, was fatally stabbed with a pair of scissors. Despite Schmitz’ history of violent crime and affiliation with white supremacist groups, McDonald was charged with second-degree murder but pleaded down to manslaughter. She was sentenced to 41 months in the men’s prison in St. Cloud, Minnesota. As soon as she was arrested, McDonald had little hope of being placed in the correct prison. According to Katie Burgess, the executive director of the Trans Youth Support Network, “there’s really no history of transgender people being placed according to their gender identity.”

The National Center for Lesbian Rights says that transgender prisoners who have not undergone gender confirmation surgery are placed according to their assigned gender at birth. This means that all trans women who do not want bottom surgery or are unable to obtain it are forced to live in men’s prisons.  Given the fact that it is extremely difficult for many transgender people, and especially transgender women of color, to get steady jobs and housing, getting gender confirmation surgery is something that often remains out of reach. And it is trans women of color who are most often targeted by police. The National Center for Transgender Equality shows that 21% of transgender women and nearly half of all black trans have been incarcerated at least once in their lives. This is compared to 2.7% of the overall population. The surgery requirement leaves trans prisoners, and especially trans women, incredibly vulnerable to sexual harassment and assault.

A men’s prison is a dangerous place for a woman. According to a Department of Justice study, more than 1/3 of transgender inmates was sexually abused and that trans women are more than 13 times more likely to be sexually assaulted while in prison than cis women. The frightening reality is that when trans women are arrested, they go from a world where they are already disproportionately the victims of violent crimes to a world that is perhaps even more dangerous. This is a bleak picture, and one that could very likely be improved at least somewhat if trans women were simply allowed to live in the proper prisons. 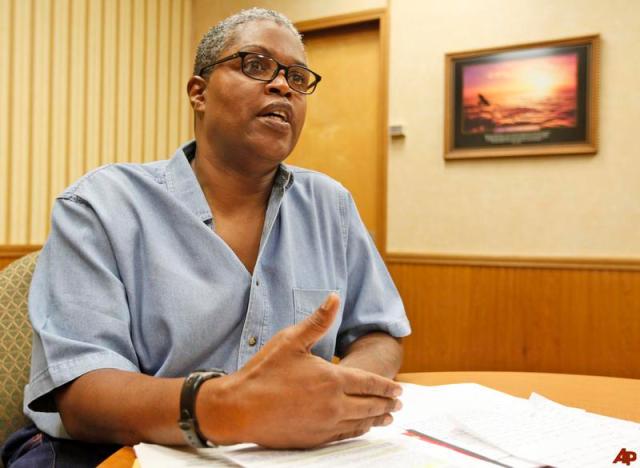 Trans women who are forced to live in men’s prisons also have to face the humiliation of having to pretend to be the wrong gender. In many prisons, trans women are forced to cut their hair and are not allowed any gender appropriate clothes. For many trans women who already might suffer from depression and/or dysphoria, this is another burden they are forced to bear. Report after report has found that trans people suffer higher rates of harassment, bullying and assault than other inmates, and this especially true of trans women that are forced to live in men’s prisons. For many trans inmates, their greatest hope lies in being placed in Protective Custody, which often only happens after they have been sexually assaulted. Here they are kept away from the rest of the prison population and are usually safe from harm that would come from other inmates. However, they are more vulnerable to assault from guards and prison workers and face social isolation and a lack of activities and educational and vocational training.

For many trans women currently incarcerated in men’s prisons, sexual assault is only one of many problems they have to deal with. Many don’t even have access to the hormones they need to keep their bodies and minds healthy. This is the case with Ophelia De’lonta, a Black trans woman in a Virginia men’s prison. The Virginia Department of Corrections recently ruled that her hormone therapy wasn’t medically necessary and therefore they won’t pay for it anymore. Courts have ruled that prisons must do what they can to keep all prisoners safe and healthy, but trans prisoners have had the burden of proving they are unsafe or have an extreme medical need for hormone therapy placed squarely on their shoulders.

It seems like there are no set rules or guidelines for why trans women who haven’t had bottom surgery are placed in men’s prisons. Prisoners have said that in most cases officers examined their genitals when they were arrested and made the decision based off of that, regardless of their gender identity, other steps they’ve taken in their transition or which prison they would most safe in. Several trans women have tried taking their cases to the courts, hoping that they would be placed in women’s prisons, but they are almost always unsuccessful, due in part to a ruling that says inmates don’t have the right to be placed in any particular prison. Overall, it seems that the Criminal Justice System doesn’t consider trans women who haven’t had bottom surgery to be true women. This creates a nightmare situation where trans women are consistently placed in prisons that are entirely unsafe for them and ill equipped to properly care for them. Until all trans women are seen as the women that they are and their medical needs and safety are considered to be priorities, prison life will continue to be a violent and terrifying experience for far too many trans women.