With Janet Mock’s book Redefining Realness coming out in just a few short weeks, things are already exciting in the world of memoirs written by trans women of color. If you add onto that the new information that activist and Orange is the New Black actress Laverne Cox has signed up to write a memoir for Harlequin Books (yes, of Harlequin Romance Novel fame), things are looking as bright as the sun. Cox’s memoir is due out sometime in 2015 and will tell her story of growing up in Alabama, finding her identity and growing into the talented and beautiful woman she is today. 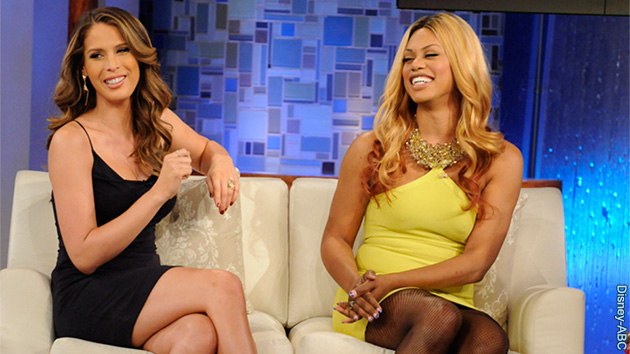 Cox first started making splashes in the public eye when she was a contestant on VH1’s I Want to Work for Diddy back in 2008. Two years later, she produced and starred in another VH1 program, the makeover show TRANSform Me. Cox catapulted into stardom with her amazingly powerful performance as Sophia Burset on the Netflix original series Orange is the New Black.

With her current time in the spotlight, she has also become one of the most visible advocates for transgender rights in the United States. She regularly speaks out about the violence and discrimination that trans women (especially trans women of color) face; flawlessly handles inappropriate questions from daytime TV hosts; is producing a documentary on CeCe McDonald, a black trans woman who was jailed for defending herself from racist and transphobic attackers; and even was one of the people who picked CeCe up from prison when she was recently released. Add all of this to the her recent Dorian Award nomination for The We’re Wild About You (Rising Star Award) and her book deal, and Cox is already having quite the 2014. 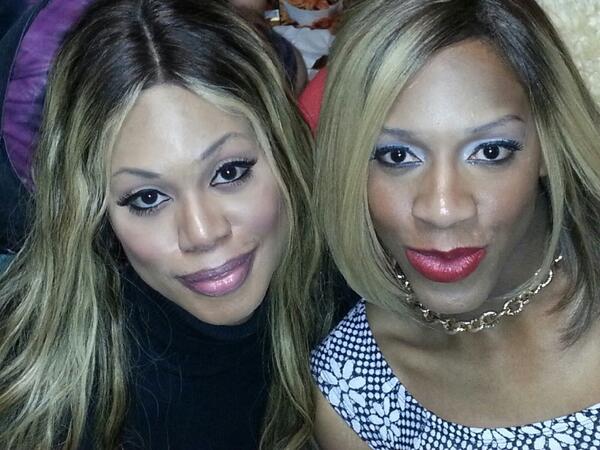 Cox has released a statement, expressing her excitement about getting a chance to write this memoir.

“As a trans woman of color from a working class background, I have often felt shame about the truth of my personal story for much of my life. By sharing my full, unvarnished story, including details of my life and family history I have never before revealed, I hope to provide a voice and safe place for those who have suffered because of their race, class, gender, abuse, violence and trauma. I’m thrilled that Harlequin will be publishing this book.”

Shara Alaxender, the Publicity Director for Harlequin Books explained the details of the deal, saying that “the editors at Harlequin Nonfiction aggressively pursued Cox to write a book. They met with her and were awed by her story, her writing and her devotion to the LGBT community. Editor Rebecca Hunt won the book in a heated auction from agent Kent Wolf at Lippincott Massie McQuilkin for a six-figure deal.” Hunt added that “Laverne Cox is a powerful, accomplished actress and a beacon of hope to countless people of all ages around the world. The story of her life to this point is nothing short of an inspiration.” 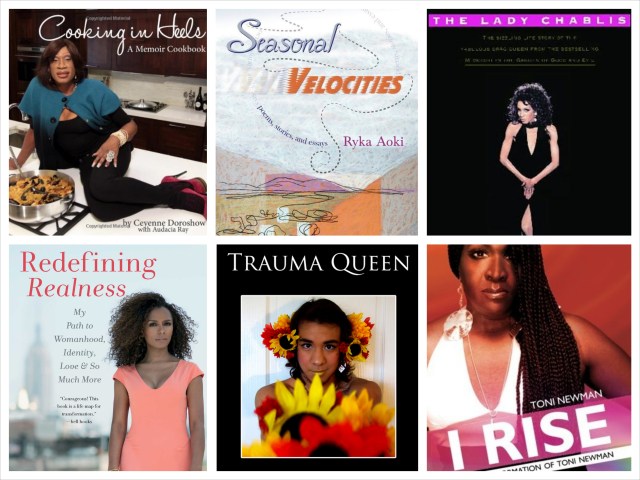 Until recently, memoirs written by trans women of color were exceedingly difficult to find. As Mock points out in her blog post on the subject, “from the 30-plus books I have on my self that would be categorized as trans memoir, only four of them are from trans women of color.” Of those four, only one, Hiding My Candy by The Lady Chablis, came out before 2011. This book tells the story of Chablis, a trans woman who works as a drag queen and entertainer and is considered to be something of an icon in Savannah. She was featured in the book Midnight in the Garden of Good and Evil and even played herself in the movie adaptation.

Mock also mentions Toni Newman’s I Rise, Ryka Aoki’s Seasonal Velocities and Cooking in Heels by Ceyenne Doroshow. I Rise, published in 2011, tells about how Newman was a successful male fitness model and businessperson before losing it all when she transitioned. Aoki’s book, a 2013 Lambda award finalist, combines poems, essays and stories and was published by Trans-Genre books, a publishing house run by trans people. Cooking in Heels is the odd-sounding but wonderful memoir/cookbook combination that features 40 Southern and Caribbean style recipes. You can also check out Trauma Queen, written by Lovemme Corazon, which is a story of overcoming abuse, learning to survive and eventually learning to thrive.