Oh why hello there. I’m so glad you’re here for the long and magical journey we have ahead of us for this season finale episode. I want you to know that Lizz titled this post for us. I miss her, too, ya’ll! Did you read her open thread for this episode? We were all so hoping for something Pailey to happen! Ugh! But onwards, ever onwards. Let’s get us some answers. 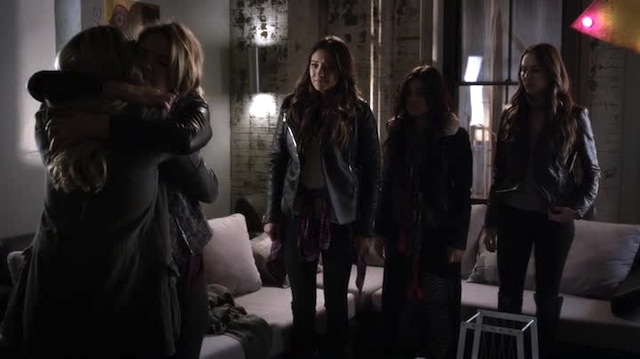 omg this is our first meeting of the leather jacket club I’m so excited!

We begin in a strange room. The Liars look bored out of their minds. Where are we? And why the hell is Noel Kahn back at the party? Ali pops on in and I forgot that Hanna and Aria haven’t really seen her much yet. Hugs all around! And now Ali, I think we’re all ready for you to give us some goddamn answers. 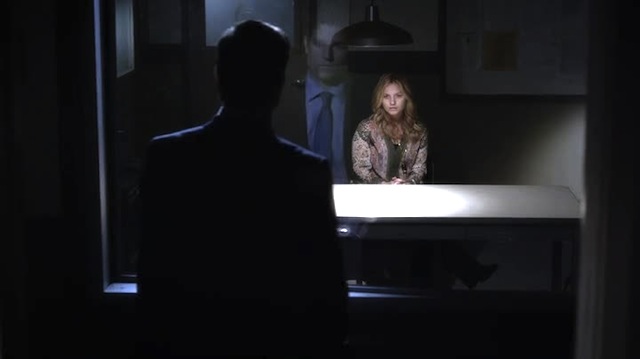 I waaaant my phone call.

Oh, you wanted answers right away? That’s cute. Nah. Instead we’re at the police department hanging with CeCe, who I’m assuming is in custody because A told the cops about her whereabouts during the last episode. Officer Holbrook is questioning her about Wilden’s death, but she wants to strike a deal out of this. Can’t say I blame her. She tells him she knows who killed the body in Ali’s grave. For a second I think she might tell us right then and there, then I remember the writers of this show hate us. 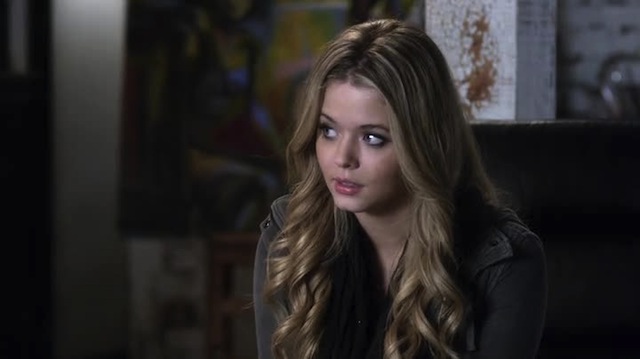 might still be lying? We’ll never know at this pace.

Let’s jump on back to the random place the girls are and Ali starts flash dancin’ on back to the good ol’ days, or at least the night she died (“died”). 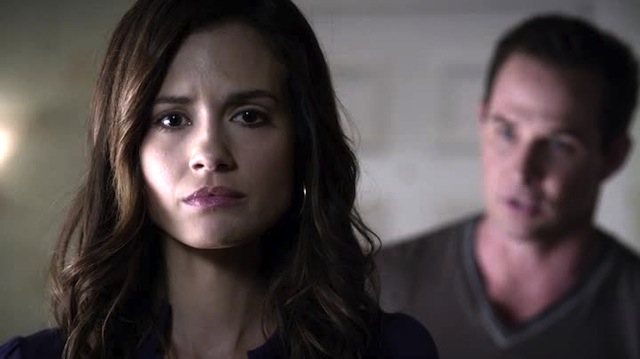 I’ve made a huge mistake.

We begin in Hilton Head, where Ali is on a romantic outing with Ian. Boring. Melissa comes in, asking if Ali is there. She tells Ian she loves him. 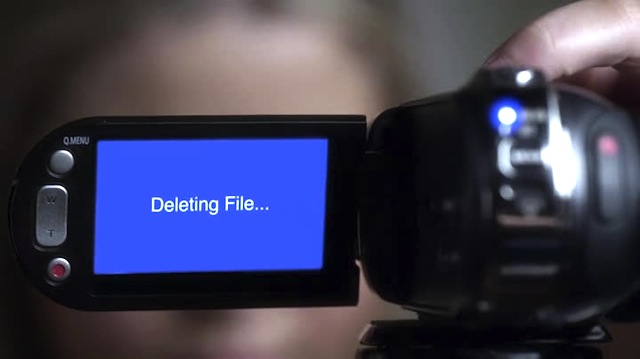 Thank goodness. I mean, this is pre-Snapchat and that shit seems like it’ll haunt you even if everyone thinks you’re dead.

Ali switches off Ian’s videocamera, which was pointed at the bed. Can we talk for a moment about how disgusting it is that the show completely glosses over sex with teenage girls, and especially videotaping it for a potential audience? What the fuck. Okay, I’m glad we talked about that. 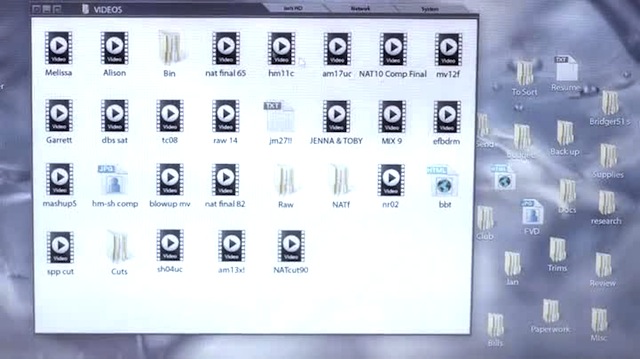 Anyway, Ali steals all of Ian’s N.A.T. videos, which is awesome, and sees Jenna and Toby’s lovely little video. She decides she’s going to use it to make sure Jenna stops sending her harassing texts and threats under the guise of A. 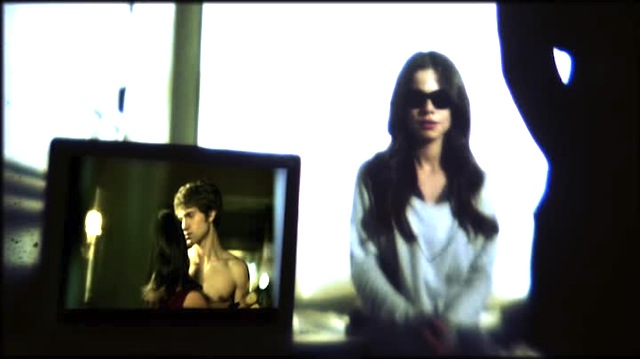 Toby has really nice pecs, I’m going to give him that.

But when she goes to see Jenna and tell her she has the video and to not threaten her any longer, she still gets A texts. 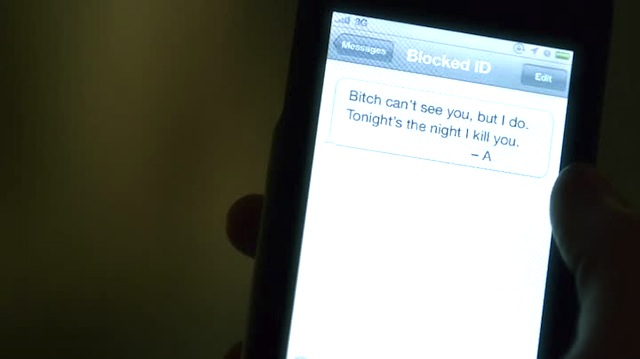 I love the ones that rhyme.

It seems like this one is the most violent one yet. “Bitch can’t see you, but I do. Tonight’s the night I kill you.” She says it seemed like Jenna was too shaken up to keep threatening her even then. So, we can count Jenna out of the A game. 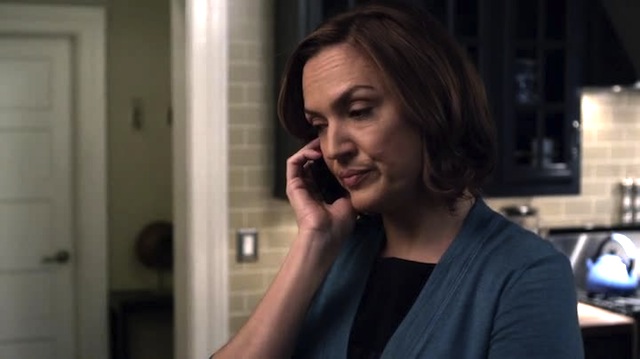 Back at the Hasting’s house, we realize that everyone thinks the girls are missing. Mrs. Hastings is panicking, and by panicking I mean just looking extremely disapproving about everything. Officer Holbrook is ransacking the place looking for “evidence.” Yeah, right. 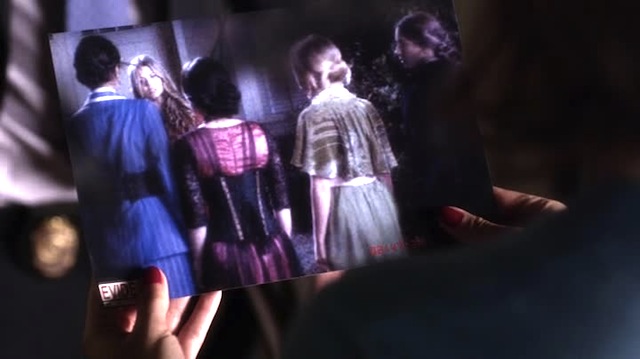 Yeah this doesn’t look photoshoppped AT ALL

Officer Holbrook shows Mrs. Hastings a photo of the girls talking to Ali the night of that costume party in Ravenswood. The door opens and a Hastings girl comes in. Spencer? 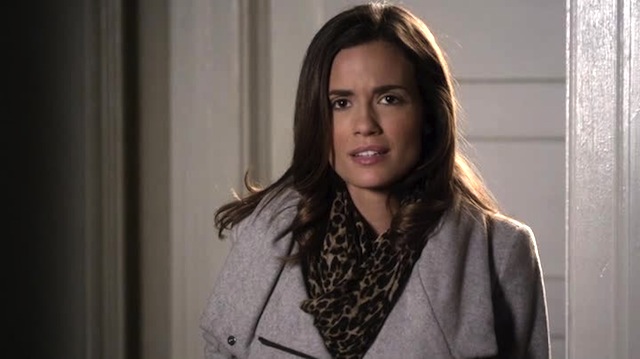 Surprise! My impeccable jaw line is back!

NOPE. Melissa! Surprise! Apparently Toby asked her to come back. Suuuure he did.