LGBT media/entertainment non-profit POWER UP!, not to be confused with the Nintendo-Themed Energy Drink POWER UP, has announced the winners of its prestigious 2011 Power Up! Awards and I think they made some really solid, admirable choices this year. I’m not just saying that because they just so happened to pick my best friend Haviland Stillwell, star/producer/writer of Autostraddle’s Hit Webseries Unicorn Plan-It. 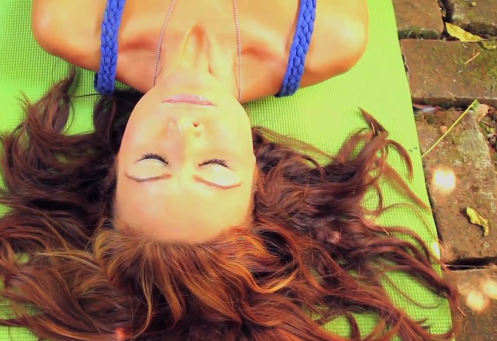 POWER UP is the only 501(c)(3) Non-Profit Film Production Company & Educational Organization for Women and the GLBTQ Community that develops, finances, produces and distributes Award Winning Films; conducts tremendously successful educational programs through our hands-on filmmaking mentorships, classes, workshops and seminars; provides career, script, television and film counseling; publishes a magazine; Awards notable contributors to the arts, entertainment and our community; bolsters our community; and unifies and validates GLBTQ persons all around the world via our films. 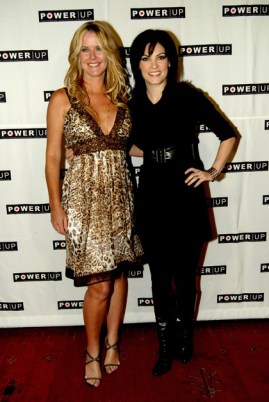 Founded in 2000 with the mission “to promote the visibility and integration of gay women in entertainment, arts and all forms of media” and “challenge perception through film,” the Power Up! Awards put an annual spotlight on ten amazing women in media who make your life worth living by creating things like Girltrash and Laughter. In 2009, POWER UP! went co-ed and now awards ten dudes as well as ten ladies.

But back to what I was talking about in the beginning which is Haviland Stillwell, a rising star of stage and screen who has a lot of feelings about galaxies, lightworkers and kale. In addition to her work on Broadway, in television, in movies and in the recording studio, Haviland once appeared in a really popular vlog series about nothing, co-starring me.

Here’s her official Power Up! Bio: 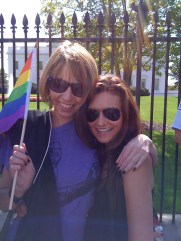 me and haviland in DC, fighting for equality

Haviland Stillwell is an out actress, singer, and producer, and feels living your truth in the open, with love and enthusiasm, is the way to true fulfillment. Growing up in Georgia, she started her advocacy work at the age of 13; marching, writing letters, and acting as the president of her school’s GSA. After graduating with honors from New York University, she made her Broadway debut in the original cast revival of FIDDLER ON THE ROOF, followed by LES MISERABLES. She relocated to Los Angeles in 2008, and has since been seen in films & television shows like SINGLE LADIES, THE CLIENT LIST, CSI:NY, EASTWICK and BELOW THE BELTWAY. Along with Ashley Reed and Sarah Croce, she created, wrote, produced and acted in the webseries UNICORN PLAN-IT, currently shown on the website Autostraddle.com. She contributes as a writer to the National Organization for Women, sits on the board of the One Dollar Project, and teaches voice and acting privately and in master classes at places like New York University, Pace University and the Atlanta Symphony Orchestra. In 2010, she released her album, HOW I ROLE, and she often plays with the band Plutonic Lovers, as well as in concerts across the country with Steven Jamail.

In addition to Haviland, this year POWER UP! will be awarding many friends of Autostraddle including Tracy Ryerson, Jessica Clark and Lesley Goldberg. 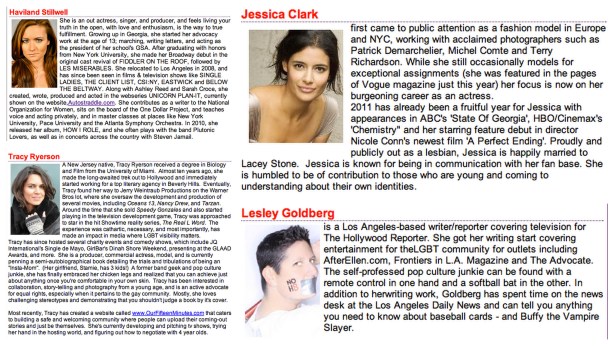 But in all seriousness, you wouldn’t be sitting here right now reading this post on this website if I hadn’t met Haviland back in April 2006. (We met and became fast friends but admitted to each other later that we’d both held off on actually investing in the relationship until confirming that the other was actually talented — after I saw her in a reading and she read a story I sent her, we REALLY became friends.)

In addition to collaborating with Haviland on creative projects including 36 episodes of the “Haviland & Riese Vlog,” and using her good looks to trick lesbians into reading my blog, she’s been my number one cheerleader for five years now, constantly there to tell me that the things I do are important and the words I write are good. She came into my life at a super weird time and her confidence and comfort with her sexuality made me feel infinitely better about my own, and finally we existed in a gay world that made sense to me. SO I can’t think of anyone more deserving — and really, she’s just getting started.

The ceremony will take place in Hollywood on November 6th. It will be “celeb-studded.” Get ready.