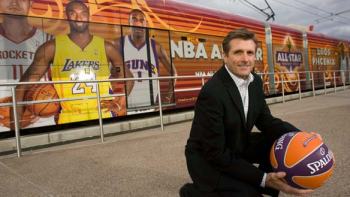 The day before Kobe Bryant got in trouble for his homophobic slur, Phoenix Suns CEO Rick Welts met with NBA commissioner David Stern to talk about Welts’ desire to come out. He wanted to shatter the silence around homosexuality in men’s team sports and be a mentor to people who may shy away from a sport’s career — whether on the field or in the office — because they have the crazy idea that men’s sports are homophobic. Also, according to The New York Times, Sterns wanted to feel “whole, authentic.” Stern already knew that Welts was a homogay but hadn’t ever really tried to talk about it before. Stern said he’d do whatever he could to help.

When Bryant said what he said, it was Stern who issued that $100,000 fine, later telling the press , when asked about the perception of the NBA as homophobic, Stern said, “I think we’re going to get there.”

Rick Welts is 58 and has been working in sports for 40 years, starting as a ball boy. Before telling the world he also told Bill Russell (one of the best basketball players of all time and a friend of Welts’), Val Ackerman (WNBA founder) and Steve Nash (the white guy on The Suns).

The New York Times quotes Dr. Richard Lapchick, the founder and director of the Institute for Diversity and Ethics in Sport, and the son of the basketball legend Joe Lapchick:

“The fact that there’s no other man who has done this before speaks directly to how hard it must be for Rick to do this now.”
—

The New York Times goes into detail about Welts’ experience growing up gay in Seattle, Washington. Welts attended The University of Washington, “coveted job” with the SuperSonics enabled him to miss college dances and “other awkward obligations” without raising any red flags:

But for all the fraternal respect… Mr. Welts felt isolated. What little he knew of gay culture was stereotypical, and unappealing, he recalled. “In my mind, it was effeminate: a way that I would not define as masculine.”

Stern’s career path is remarkable and um, pretty awesome. He basically became BFFs with Bill Russell, got promoted a bajillion times and helped the NBA make a shitton of money (he created the NBA All-Star Weekend) eventually moving to New York as the league’s director of national promotions.

In 1977 he met an architect, Arnie, at a restaurant, and they moved in together in Manhattan, where The New York Times said they enjoyed “the live-and-let-live anonymity of the big city.” Welts’ parents and sister knew, but he stayed closeted elsewhere, certain (and correct) that the NBA wouldn’t be kind to his sexual orientation.

Then in 1994, Arnie died from complications related to AIDS and Welts only took two days off because he didn’t want anyone to notice his grief. His secretary “knew,” though they never discussed it explicitly, and she told everyone who called that a good friend of his had died. The morning after Arnie died, David Stern called Welts at  7:30am. “I totally lost it on the phone. You know. Uncle Dave. Comforting.” Stern also wrote one of many checks written in Arnie’s memory to the University of Washington — for $10,000.

He remained closeted, and his decision to do so was reinforced when shit happened like in 2007 when former NBA player John Amaechi came out and former NBA star Tim Hardaway announced that he hated all gay people. (This happening was the inspiration for The L Word Season Five’s uninspired Alice/Basketball Outing Storyline)

Then two years ago he had a bad breakup because his boyfriend of 14 years was sick of living a shadow life. Welts then started a journal, talked to his family, and considered the advice of his Mom who died last year from lung cancer to “do what he thought was best.” But ultimately Bill Russell sealed the deal with his support of Welts’ decision and desire to do whatever he could to help (Sidenote Bill Russell was a recipient of the 2011 Presidential Medal of Freedom, which is very important). 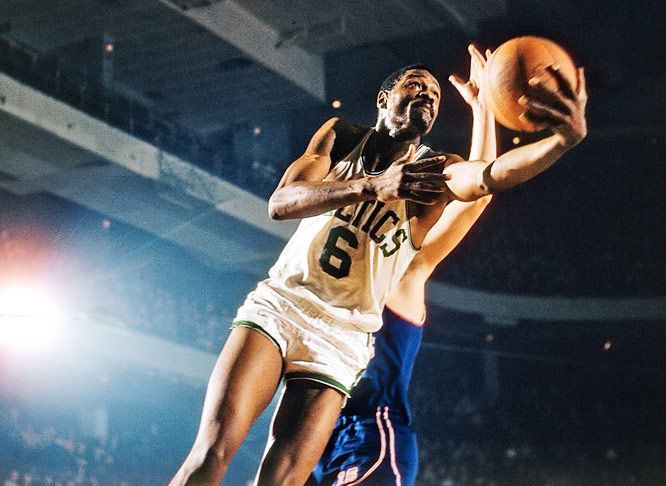 Steve Buckley, a sportswriter who came out in January, recently appeared on Sports Center with our best friend Esera Tualo, which is worth watching just because we love Esera Tualo so much:

In that video the anchor asks “who’s gonna be the Jackie Robinson of this issue?” which I guess is a special way to say “who will be the first NBA/MLB/NHL player to come out while they’re still playing?” Good question. Hopefully this is one step in the right direction — acceptance and honesty coming straight from the top.