I have feelings about dogs in people clothes.

It turns out everyone has feelings, not just you! A lot of news stories in the past few days have been talking about another changing tide in the “can we do that whole open bar yet” thing category: that gay couples may finally be arriving in a new, better place.

In the realm of policy-related decisions I’m calling “feelings” in this article falls Circuit Judge Bill Srstka’s recent decision allowing a lesbian (your ears should be ringing!!) couple married in Iowa to use their married names on their drivers license… in Sioux Falls, South Dakota! That’s right! That’s transnational right there! The two women had petitioned for the change; the judge signed it. And why a petition? Well, because a marriage certificate for a non-heterosexual couple is not proof for change of name like it is for a heterosexual person who has been married. So this is precedent – though it has happened before in the state for a similar situation. So it’s a building on a precedent! Oh, whatever, it’s news.

So all that’s left is awkward news, and the first kind is reserved for feelings about gay marriage that also make us have feelings about the United States’ general understanding of anything. This means it’s time for an article entitled “Gay Parents More Accepted Than Single Moms.” This makes me uncomfortable, but I’m going to focus on the rational stuff and ignore the things that make me want to send my own single mom a card. For example,

One third of Americans say they are comfortable with a variety of family situations, according to a study by the Pew Research Center. That group is called “acceptors.” Another third, called “skeptics” by researchers, have mixed views on nontraditional family structures. The final third group, known as “rejectors,” believe nontraditional families can have a negative impact on society.

The majority of acceptors and skeptics say that families headed by gay and lesbian parents are an acceptable, if not a positive, asset to society.

Now that that’s out of the way, the second kind of awkward news is, you guessed it- the awkward office gossip feelings about gay marriage. Turns out these awkward feelings come from – this isn’t really a surprise – the GOP. Although Republican candidates are notorious for hating on gay  marriage, a recent Atlantic article explored the opportunities for Republican staffers to change that… since they don’t. Turns out in most Republican offices, the awkward water cooler talk is about when you let the boss know you secretly support gay marriage- and you think they should, too.

People in the business of lawmaking having feelings about gay marriage, though,  no matter how awkward, has been proven to be a strong influence on policy. And this is less a new trend and more of an additional step in a series of awkward feelings within the GOP, like the feelings of pro-gay Republican daughters. And remember that time this website autostraddle.com wrote about a gayer GOP? Well, here you go. It’s just all happening!

Can’t you just see your wedding day now? I kind of can, I hope it looks like this. 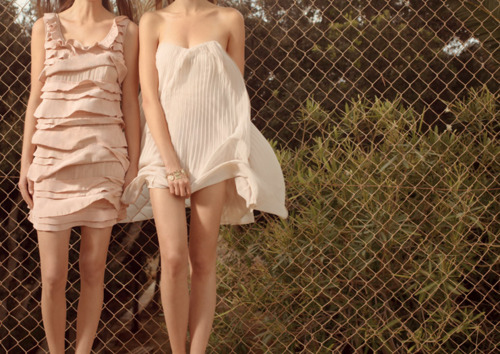 I also have feelings about lesbians on tumblr.

Now, regardless of what your dress or suit just looked like in your imagination (or maybe you’re a real trendsetter and you wanna get married in a leather jumpsuit, that’s okay too), the radical queer inside all of us could probably benefit, in our current state of non-affairs of the marriage kind, from an alternative view. And so, I bring you: feelings about how gay marriage isn’t all cakes and confetti. Simone Eastman at The Hairpin wrote recently about how brides can wear neon green, and also about how a policy change allowing same-sex marriage doesn’t mean a cultural change in how people view those partnerships:

Do you know how weird and unsettling it is that people automatically assume that two adult women with the same last name and who look vaguely alike (we’re both quite tall and wear glasses) must be sisters, rather than romantic and sexual partners? I mean, I get the law of averages and all that, but it adds a creepy incest overtone to whatever conversation follows once we explain that no, we’re married. I grew my hair out and started wearing contact lenses partly so that this might happen less. (And also so I could wear big-ass sunglasses from the drugstore and rock a high ponytail, but that’s neither here nor there.) I don’t know a lot of people in straight relationships who feel like they have to change their gender presentation in order to look more married to each other. Do you?

Even more unsettling and depressing is that sometimes it is safer for us not to correct people, to pretend that we actually are sisters — like in a family health care crisis, because I know that it’ll be easier for my wife to gain access to hospital rooms and doctor’s visits when we are visiting “our brother.” And when we travel together and are either visiting a new place or a very conservative one (like my Midwestern hometown) this is our default mode. You never know how someone will react to your coming out or to your marriage and, however much I believe in what Harvey Milk has to say about the power of doing it, sometimes I just don’t have the energy to be a game-changer when I’m at a car rental counter after a red-eye flight.

We are also treated as though one of us “must be the husband” when we hang out with straight couples, or even just hang out with straight folks AS a couple. What tends to happen is that one of us ends up being required to bro down with the dudes in the room — husbros, boyfriends, unattached dudes. The other one ends up talking to the ladies and sometimes literally hanging out in the kitchen. Which one of us is called to be Mr. Mrs. at any given party varies, but the fact that the roles are cast in this way never does. People can’t understand us as a couple, it seems, unless they find a way, however subtly, to make our relationship look like theirs.

I hope that learning about everyone else’s feelings has inspired you to have some more of your own. These are probably more productive than the feelings you have about the girl in your English class, though. So whether you’re riding the Alternative Marriage Project bus or hopping aboard the Change From Within Express, one thing is clear: the times, they are a-changing.