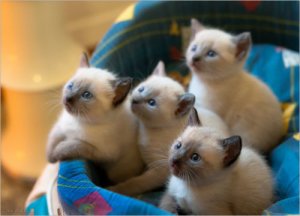 April 15, 2011, is the Day of Silence sponsored by GLSEN, the Gay, Lesbian and Straight Education Network. Today students all over the country are taking a vow to shut their traps in order to “call attention to the silencing effect of anti-LGBT bullying and harassment in schools.”

You can read about the Day of Silence and its objectives here, at Lambda Legal and if you’re in high school, you can go here to register your name as participating in the day of silence.

As was made harrowingly clear last fall with the string of youth/teen suicides, school is a damaging and often lethal environment for gay, lesbian, bisexual, transgender and queer students. Some statistics from GLSEN’s 2009 School Climate Survey:

Furthermore, a recent study from The National Center of Transgender Equality reported extreme levels of harassment of transgender and gender non-conforming students coming from the top:

Worth a read is “Bullies and the Bullied” from Women Born Transsexual, which opens with “Bullies are bullies because they reflect the patriarchal paradigm” and later makes this important point:

It is okay for Dan Savage to say, “It gets better.”

It does but we need to tell the truth.  Admit that we were bullied and abused.  Admit that it destroyed our childhoods.  Demand redress from the educational system that failed us while it rewarded the bullies who often captained sports teams and won awards.

We need to create space for bullied kids to get together and expand that space to the kids who avoid supporting bullied kids out of fear that the bullies will turn on them.

So. Let’s talk it out. What was(is?) the environment like in your school? How have you been able to make things better/or not? What are you doing for the Day of Silence? How do you feel today? We love you.