Feature image of Madame est au Cercle! / Madam Is at Her Club! by Albert Guillaume as published in Parisian literary periodical Gil Blas illustré in February 14, 1892. All of the art in this NSFW Sunday comes from Lesbian Decadence and has been republished with permission from Harrington Park Press. Captions provided by the publisher. The inclusion of a visual here should not be interpreted as an assertion of the model’s gender identity or sexual orientation. If you’re a photographer or model and think your work would be a good fit for NSFW Sunday, please email carolyn at autostraddle dot com.

Welcome to NSFW Sunday! The photos this week are from Lesbian Decadence: Representations in Art and Literature of Fin-de-Siècle France by Nicole G. Albert, which examines the French Decadent Movement’s fascination with lesbianism. 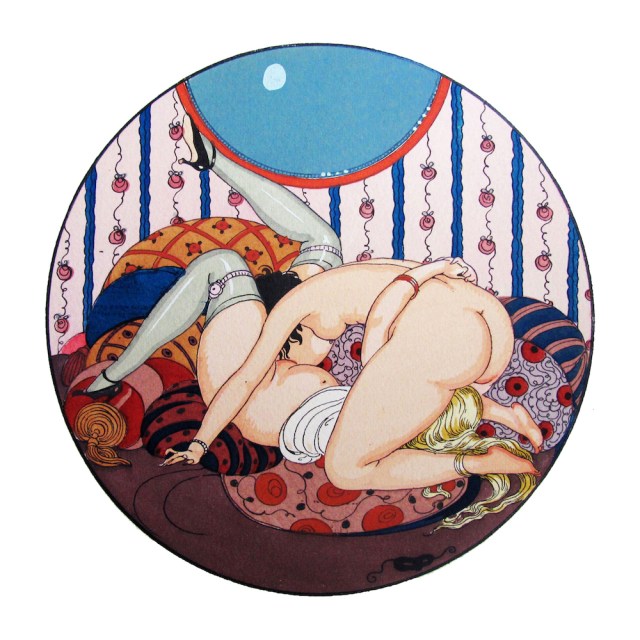 + Sleep and sex make people the happiest, according to a new study:

“Researchers found that two lifestyle factors pulled ahead of the rest in their impact on an individual’s happiness: sleep and sex. Sleep quality made the biggest difference between the well-being of the top and bottom 20 percent. Of people who were ‘living well,’ 60 percent said they felt well-rested after a night of seep, while only five percent of those not living well said the same thing. What’s more, the best-rested people scored an average of 15 points higher on the Living Well Index than the least-rested. 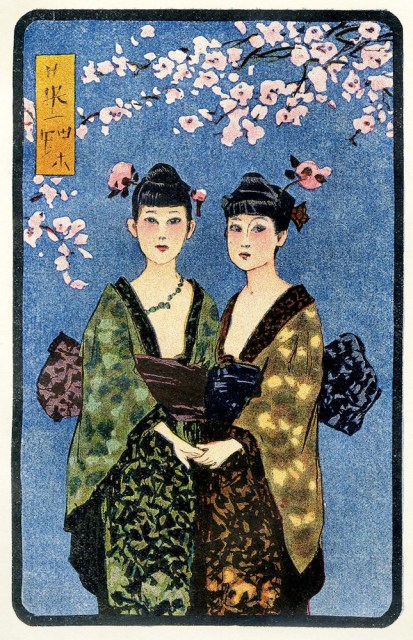 + It can be really fun to be a non-primary partner to someone with an open primary partner, writes adrienne maree brown at Bitch:

“For some people, second can be an intimacy preference. I really enjoy being the other woman in a transparent scenario. I love doing my own work all week and having someone show up to romance and touch me and then go home. I love knowing my lovers have stability and support and home, that I am only responsible for my/our pleasure. I love having abundant nonstop sexy time for a few days and then not having to worry about anyone else’s needs until the next visit.” 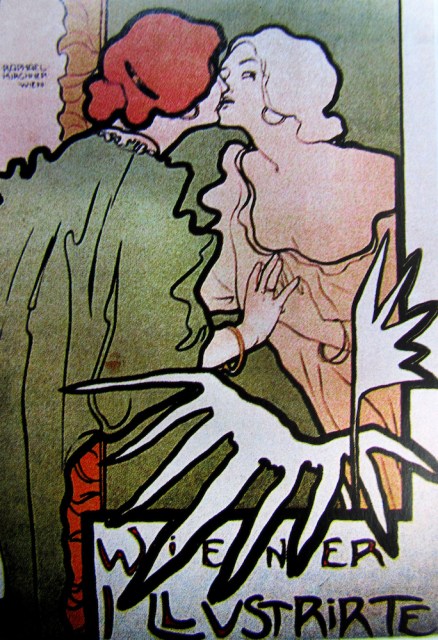 “I feel like the change in my porn consumption came less from HRT and more from the social changes and identity changes I went through. Once my idea of gender was shattered, the idea of me not solely being interested in one type of gender and exploring all the other genders was on the table. Before, I wasn’t necessarily not attracted to women, but I hadn’t yet had any kind of connection with a woman because there was no real intimacy when operating as a cis man. I moved to New York, started HRT, and adopted a much more polyamorous lifestyle; coming into my gender played a huge role in opening myself up to a wider diversity of sexual experiences.” 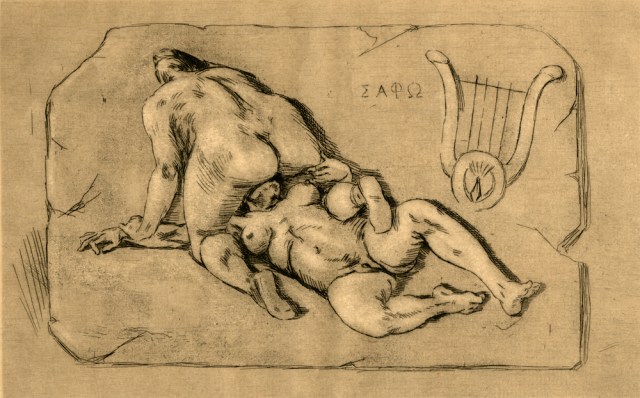 “[H]uman sexual desire is so unbelievably diverse that we can really hurt ourselves by trying to be ‘normal.’ The amount of sexual energy that one person has can be vastly, wildly different from that of somebody else. ‘The main question to keep in mind is whether you are able to function in your life and whether you or other people are getting hurt by what you’re doing,’ Lynsey says. ‘If things are okay and you are happy, you are likely meeting your own needs in a healthy way. A lot of porn isn’t a bad thing if it’s helping you live your best life.’ 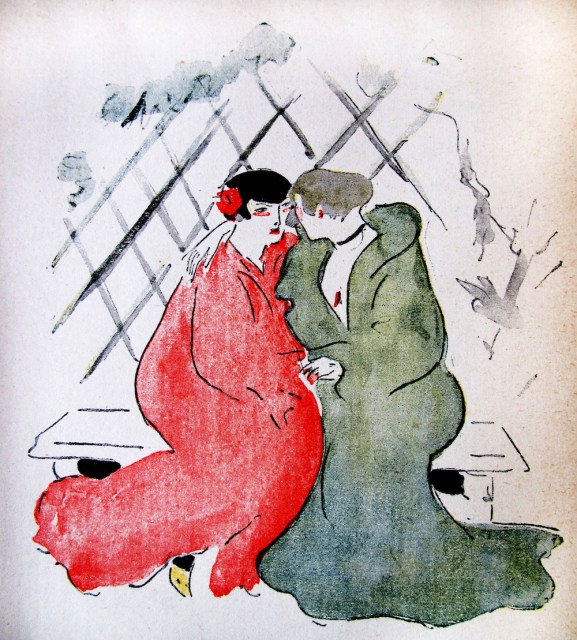 + Your tiny apartment can still be a dungeon.

+ Thank You Come Again is the web-series set in a sex shop that you never knew you needed. Help make it happen. 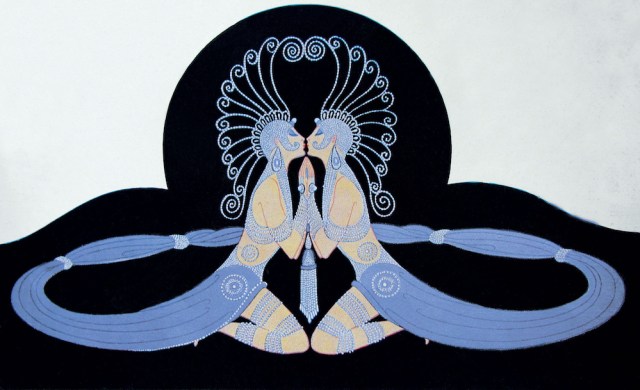 + Here’s how to break up without being an asshole.

+ Conceptually terrified of marriage because you feel like you’re not worthy of love? “Whether it’s with marriage or something else, it’s easier to devalue something we might not get than to acknowledge that we might want it,” writes Lori Gottlieb at the Cut.

+ Here are the symptoms of gonorrhea. 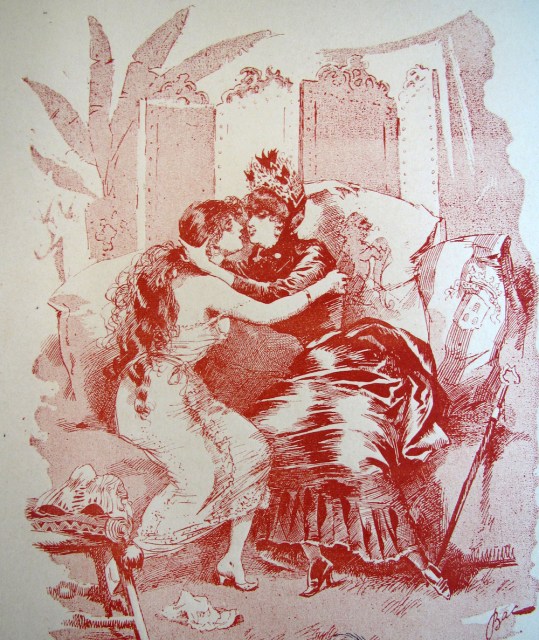 Ferdinand Bac, the illustrator of Femmes honnêtes! / Decent Women!, daringly drew the two lovers Lucie and Berthe embracing in such a way that their arms formed a bridge of flesh in the form of a hyphen, like the punctuation mark that joined their names.

+ Why are we attracted to the people we’re attracted to? At the Establishment, Tamsin Saxton examines why partners often look resemble family members, writing:

“So long as something isn’t initially aversive, and you’re not over-exposed, then in general something will become more appealing the more you encounter it. Part of the attraction to parental features could be attributed to this familiarity effect. Yet familiarity doesn’t account for the whole phenomenon. First, people’s partners seem to be more likely to resemble the parent of the corresponding gender: girlfriends match mothers, and boyfriends match fathers, irrespective of whether they’re in a heterosexual or homosexual relationship. Second, emotional closeness to a parent increases the likelihood that your partner will resemble your parent.” 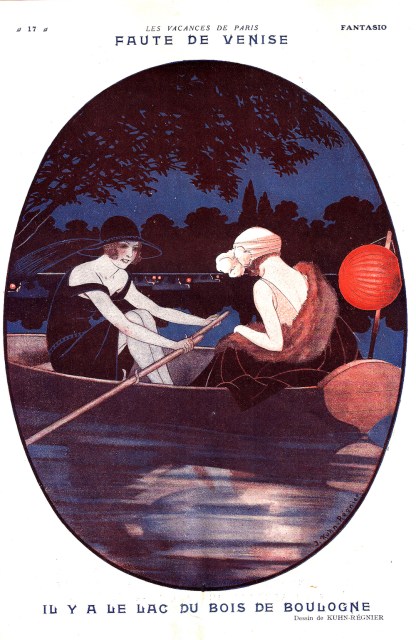