Notre Dame, a Catholic university, a private university, is being shitty to its gay students. They’ve historically been shitty to the gay students by not allowing an LGBT student union to form at all– they’ve turned it down at least 15 times. And now Notre Dame is patting itself on the back because they’ve come up with a New Plan. Beloved Friends and Allies is a new pastoral plan for the development of LGBT and heterosexual students, and part of that plan is to have a full-time student affairs professional to act as the advisor to the LGBT student organization that would be a permanent part of the university.

This organization will be totally based in the Catholic teachings and will not be as autonomous as a club. All official decisions will have to be made with the advisor present. And the club must preach chastity for LGBTQ students. ThinkProgress pulled out the following quote and the emphasis is theirs:

Thus the call to chastity represents a divine invitation to develop relationships characterized by equality, mutuality, and respect, qualities of a deeply spiritual nature, beckoning us “to follow and imitate the one who has chosen us as his friends, who has given himself totally to us and allows us to participate in his divine estate” (CCC, 2347). In beautiful terms, the Catechism proclaims that the virtue of chastity, “blossoms in friendship” and “leads to spiritual communion.”Indeed, “chastity is expressed notably in friendship with one’s neighbor. Whether it develops between persons of the same or opposite sex, friendship represents a great good for all” (CCC, 2347). […]

At the same time, the University also adheres to the Church’s teaching concerning homosexual actions. As a result, “Homosexual persons are called to chastity” and to “friendship,” and should cultivate “the virtues of self‐mastery that teach them inner freedom” (CCC, 2359). Indeed, each and every student at Notre Dame is called to nothing less. All Notre Dame students are urged to understand and live the teachings of the Church relative to their lives and expressions of sexual intimacy.

My first emotion upon reading this was rage. This University is essentially condemning a part of their student population as being unequal to another part of their student population. And they are encouraging an unhealthy repression of a healthy desire, a healthy act. Deciding to be chaste is an extremely personal decision– it could have to do with your religious calling, your personal circumstances, your identity. It cannot be prescribed. It cannot be mandated.  And while it is a totally valid decision one can make about expressing sexuality, it is in fact a choice that one person has to make for themselves. That is not what is happening here. And from what I can see, this is not chastity until marriage (which I also do not agree with, but is also a valid choice). This brand of chastity is permanent. Perhaps I am wrong. Perhaps (I hope) I am misreading this. Does the university call for this level of life-long chastity from their other students? No, I don’t think so. Basically, I would be ashamed if I were a part of the diversity office at Notre Dame, because this isn’t promoting diversity. It makes their commitment to diversity laughable. 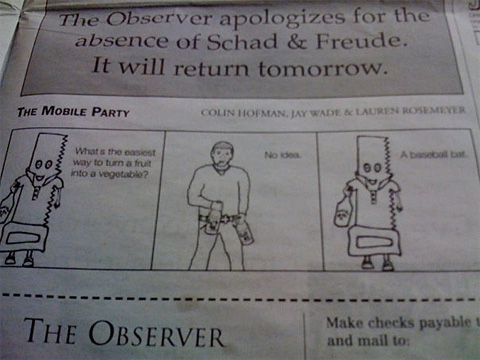 Have we forgotten this beauty? Notre Dame brought is this cartoon as well, circa 2010! via towleroad.com

But also, why am I surprised? The Catholic Church is often shitty to gays to the point of promoting ex-gay therapy and this is a Catholic university. To be honest, the Catholic church is pretty shitty to everyone. They excommunicate women who feel they are called by God to priesthood because they think women are less-than. They hide child molesters to hide their own hypocrisy. Why should I be shocked that a university that’s founded in their beliefs is now trying to control their gay university students? If the Catholic church, one of the most corrupt religious institutions on the planet, is being shitty to us, then why are we bothering? Why are we bothering to give our money to universities allied with the Catholic church? This is not a secular institution that we are required to participate in, like government. We need to take on governments because we must follow their laws. We do not have to follow the whims and fancies of the Catholic church. And we don’t have to accept the choice that Notre Dame is offering their students: a controlled, ex-gay-therapy-esque student union, or none at all.

The tuition paid directly to Notre Dame for one year of study is $42,971. Room and board is $11,934, making your total contribution to Notre Dame $54,905. Per year. I can’t even buy $5 shampoo at Target because they once donated money to anti-gay campaigns, apologized, and then did it again. I can’t fathom giving someone almost 55 thousand dollars of my money to treat me like crap and then doing it again the following year for three more years. What if we voted with our money? What if allies and LGBT students alike stopped enrolling in Notre Dame, stopped giving them money? In this day in age, education, like religion, is an industry. However fortunately or unfortunately, money makes decisions. If everyone who disagrees with Notre Dame’s policies stop giving them money, will that be enough to call a revision of this ridiculous Beloved Friends and Allies plan, a plan for which they are patting themselves on the back for being all inclusive and shit? 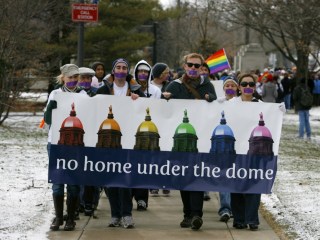 I am not equating contributing to Notre Dame in any way to shopping at Walmart. I do not shop at Walmart because, by and large, that company does evil things. But I have options. I can afford not to shop at Walmart. I live in a place where there are options other than Walmart. Not everyone is lucky enough to have the same kind of options I do. The people who do have my options probably shouldn’t shop at Walmart. The people who do have options probably shouldn’t enroll at Notre Dame. They should probably find another college (and a cheaper one, Jesus Christ!) to enroll in. One that will treat them more like they treat the rest of their student body.

But what about the people who are there now? What about the students of the future who don’t have another option? For whatever reason, this is where they are going to school– parental requirement, perhaps, or a full scholarship.  Or the students who rightfully don’t want to choose between their religion and their queerness, for whom a Catholic university is the right choice? How can we, as a community, extend into a campus like Notre Dame and provide these LGBT learners with a community that fits their needs, that’s positive about their sexuality and their identity, that doesn’t condemn them to a life without love or sex? Notre Dame isn’t the only school that isn’t very nice to their gay students– we’ve discussed Messiah College, Wheaton College and Harding College, where students are working from inside the institution to make their community safer and more inclusive. 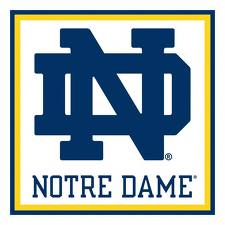 So how much of our resources, our time, energy and money, do we put into changing unwelcoming campuses? Do we waste our time on the Catholic church, so immovable and out of touch with its fairly accepting congregations?

The trouble with writing on this topic is that I don’t know. I do not have the answer to this question. I will personally never give money to a Catholic school, college or university for myself or my future children, and I’d encourage like-minded people with this option to do the same. Should we all do that? Should that be the strategy here? To peel away money, to bleed the institutions that haven’t gotten their act together of their resources until they are forced to re-evaluate? Or should we be engaging with Catholic institutions to change their bigoted, outdated ways for the sake of the community members that are there? I can’t muster up enough energy to move that mountain. I have no desire to. I welcome those students into my communities, but I cannot become invested in the direction of Catholicism. I grew tired of being treated like crap in my own religious community long ago and have surrounded myself with a chosen community of wonderful people instead. So it seems like it’s instead up to the people who do actively define themselves as part of this community, for whom Notre Dame and places like it are home, to decide how to respond to this university making them faith-based second-class citizens in yet another area of their lives.