Consummation is traditionally defined as the first sexual intercourse between a man and a woman following their marriage. It has roots in the basic heterosexist idea that the purpose of marriage is to have reproductive sex, which is why in some places (Britain, for example), if a marriage has not been consummated with intercourse, it’s not valid. So what does legal consummation mean in terms of queer nuptials?

For the civil servants in Britain who have been charged with writing the proposals for gay marriage, this is becoming quite the conundrum. As reported by the Sunday Times, the British government will be publishing its proposals for gay marriage in a few weeks, and ministers have decided “to make gay marriage an exact replica of heterosexual marriage, except for the right to marry in a church.” Since that means that same-sex marriages will have to be consummated in order to be “valid,” the definition of gay sex is suddenly in the hands of civil servants, who are essentially stumped. For months they have been “considering the intricacies of gay sex . . . and have taken evidence from sex experts and gay rights organizations in an attempt to define consummation between two women and between two men.” 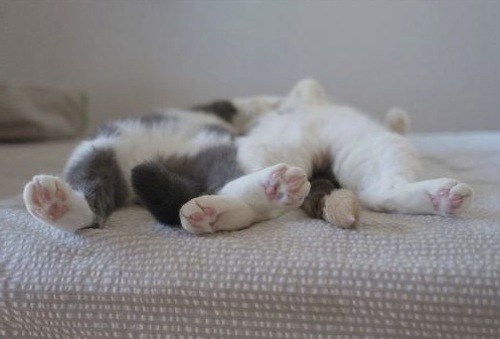 “the intricacies of gay sex”

The main reason that a definition of sex is important to marriage in the UK is that a union can be annulled if it wasn’t consummated properly. The UK government recognizes annulments as as alternatives to divorce if a divorce isn’t wanted for religious reasons, as the established Church Of England prevents a wall of separation between church and state. A proper British consummation, according to the Matrimonial Causes Act of 1973, involves “‘ordinary and complete’ intercourse, rather than ‘partial and imperfect” intercourse.'” If gay marriage is to be legally equivalent to straight marriage, the same rules of annulment should technically apply. But since a definition of “ordinary and complete” queer sex is so hard to pin down, it seems unlikely that the laws could be totally congruent, no matter how you spin it.

Some gay rights groups in Britain believe that as a solution, consummation could be left out of the draft of the law entirely, and some lawmakers have even proposed removing consummation from Great Britain’s Marriage Act. However, this solution was shot down by people like Edward Leigh, a Roman Catholic member of Britain’s conservative Tory Party, who according to Gay Star News, “claimed it would reduce marriage to the level of a civil partnership.” This view was shared by many other Catholics for whom annulment would become complicated if consummation was no longer a legal requirement for a marriage, and members of the Church of England for whom the sanctity of marriage rests solely in heterosexual unions. As religion plays a large and concrete role in political decisions in the UK, consummation as a religious act has enough political weight to uphold it, which is exactly what happened when the decision was made in June of this year.

Leigh’s argument that removing consummation from marriage law would downgrade the importance of a straight marriage doesn’t sound so bad to me, so long as all marriage was understood as civil partnerships. Though this is indeed one of the major fears of people who are anti-gay marriage—that legalized same-sex marriage would redefine straight marriage. Would that really be so bad, though? Having one strict definition of consummation is harmful to straight people, too: it leaves out everyone for whom standard “penis in vagina” sex isn’t the main course on the menu, such as those who are differently-abled, or those who don’t want to reproduce.

If you take reproduction out of the equation (as many couples, both straight and queer, have done), sex for straight people is as amorphous as sex for queers. I bet a copy of Autostraddle’s “Is It Sex?” Flowchart would really help.