Hey did you hear Gen Q got renewed for a third season? It sure did! Happy Friday!

This week, And Just Like That ended its first season, which our team got together to talk about in a roundtable! Also, of course, Heather recapped it. But that’s not all the recaps! Valerie Anne brought you Legends of Tomorrow. Nic brought you Batwoman. Drew brought you Euphoria and Drag Race. Riese also released her monthly streaming guide. We got new trailers for Killing Eve and that Kate McKinnon Tiger King show. And Drew published another Slow Takes column, this time about In My Skin.

And finally, here’s where and who to watch on Team Gay in the 2022 Winter Olympics.

+ There is a new show on Netflix, Chosen — and it’s for Sci-fi lovers who also happen to enjoy extremely convoluted storylines. This show is doing the absolute and entire most and it’s working against itself. The main character Emma has a moment with Marie, who might be a vampire but like — not really. It’s about a quiet town in Demark that was once famous because a giant meteor landed there — or was it a meteor? Anyway, there are aliens, spaceships, conspiracy theorists, and more but for me, it’s doing far too much to try and tell a story of why one girl is special. — Shelli Nicole

+ I know I’m very late but I finally watched I Know What You Did Last Summer the series and while I don’t know if I disliked it quite as much as Heather did, by the time I got to the end I did feel very, “Wait, what?” about the whole thing. I just had to share in case any of you had the answer to my myriad of “Huh?s” I was left with. It started out so strong, right in my wheelhouse (aka the campy slasher feel of the movie adaptation of the same source material) and then took some sharp right turn. Right into a cave full of beeswax. — Valerie Anne 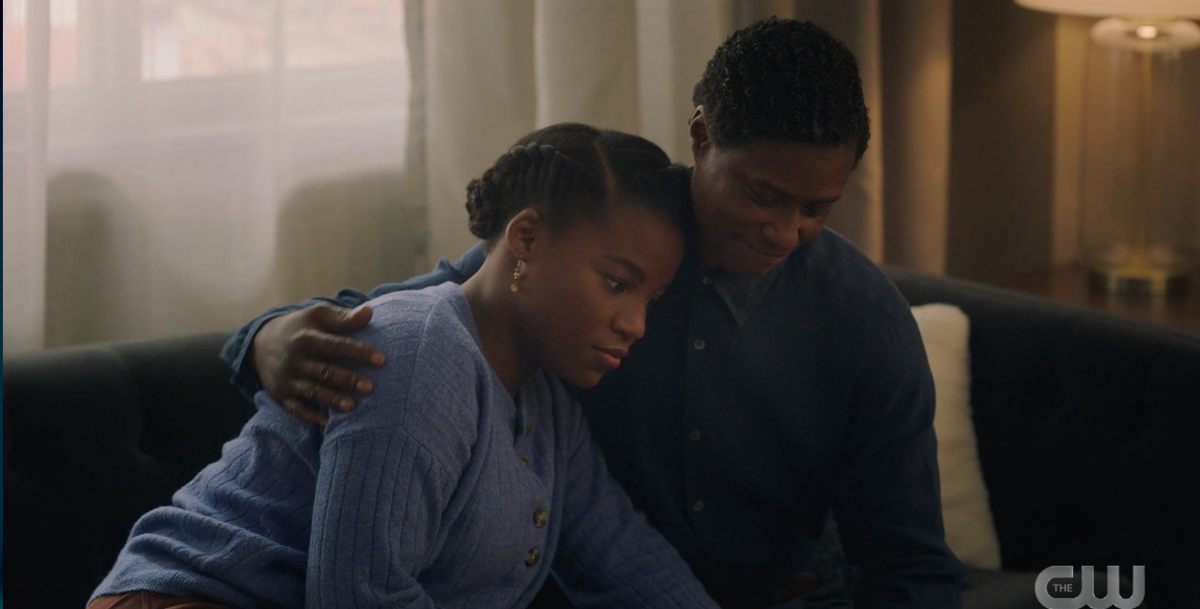 LaDonna is back! She has been at home in Miami with her dad and things were going well until they sat down to watch the interview with the 4400 where everything went wrong. Her dad got scared and locked her in a room. Because of what he saw on the TV (and because of a radio show/podcast he has been listening to) he believes all the things anti-4400 folks have been saying about them — but eventually, she escapes.

We check back in on Manny and Jharrel. Because he doesn’t want anyone outside of his brother to know where he is, he tells anyone he comes across that he is a 4400 supporter named Jorge. When Manny gets introduced to Rev, he shakes his hand which causes him to unknowingly take his power away! He also gets introduced to Claudette (but because Jharrel trusts her so much he doesn’t lie about his brother’s name or identity) but we learn in a flashback that he has already met Claudette, but of course, Jharrel doesn’t know that. Turns out Manny has been secretly training her (and other 4400ers) on how to fight back and gain deeper access to their powers for nearly a month, he’s been using the same fake name with her though. Claudette doesn’t spill the beans yet and sorta goes along with everything pretending she has never met him.

Later we get more news on Manny from Soraya on why the government wants to find him so bad. Apparently, he is the person who knows the most about the 4400  — including where they came from and how they got there.

Everybody seems to want to use Rev’s power to take theirs away, including one of his previous followers June. She just wants to get married and live a normal life, so he does it. Later at her wedding reception Shanice and Logan (her ex) dance when their wedding song is played and it feels like a lil re-spark happened. Also, Keisha puts her baking skills to use and made the sweetest cake!

At the reception in another room, Manny confronts Rev and says he knows he took his powers away. Rev is hella confused because he didn’t even know he was one of the 4400. Anyway, Manny wants his powers back but Rev said he doesn’t know how to do that — but it sounds like Manny does.

Suddenly while dancing with Logan, Shanice has a vision of when he was prepping to propose to her in their time. Her powers are suddenly back and so is everyone else’s. While taking a picture June starts to glow again and Mildred stops a cake from knocking over with her telekinesis. We then cut to see Manny standing over Rev, he just stabbed him! Manny disappears and leaves the room (his power is obvs back too) and Rev is found barely holding on by Logan as the episode ends.

Maybe finding Manny wasn’t so good after all…… 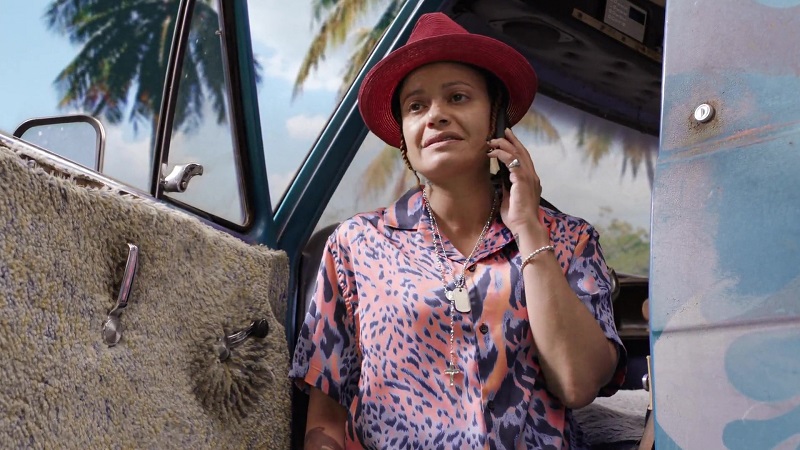 Last week, the OG crew of the Nail Artisans salon put, what they’d hoped, was the final nail in their friendships. They were all ready to “kick those toxins to the curb.” But with the threat of arrest by the DEA looming over them, everyone starts to realize that their fates are inextricably linked….and to escape Palmghetto, they’ll need to rely on each other one last time.

Well, everyone except Ann. She’s already found her golden parachute: an immunity deal as a confidential informant for the DEA. This week, when she checks in with her handler, she’s instructed to discover who Uncle Daddy’s new fentanyl supplier is. The demand requires that she reconnect with Uncle Daddy which she does, however begrudgingly. She convinces him that she’s changed her mind about moving because she wants her little girl surrounded by people who love her. Uncle Daddy doesn’t even second guess Ann’s about face: he apologizes for past transgressions and welcomes her back with opened arms. He’s even got a nursey ready for her and the baby, complete with a beef jerky dispenser and a mobile made out of airplane bottles. Ann’s return to the fold doesn’t just mean Uncle Daddy’s legacy is secure, it means the war with Desna is back on. This time, though, Uncle Daddy promises a bloody war with no survivors.

Ann isn’t the only one looking to get back into Uncle Daddy’s good graces, though: Bryce reconnects with him and Ann in the nursery and looks to rejoin their alliance as long as Uncle Daddy promises not to leave him hanging again. Again, Uncle Daddy welcomes his nephew-son back with open arms. As he does, Uncle Daddy let’s it slip that Bryce is responsible for what happened to Tony in front of Ann and, soon thereafter, she slips out to pack a bag. Am I perplexed by this level of gullibility and recklessness from Uncle Daddy, after all of this? Yes, but I suppose they’re casualties of Claws‘ imminent ending.

It’s unclear whether Ann put it all together but with Tony dead — an accident at Bryce’s hand — and Uncle Daddy dead — self-defense by Desna, after he threatens to kill her — the DEA will need her testimony now more than ever…unless, Desna and the crew are able to skip town before the feds can bring them down.

Nancy Drew 313: “The Ransom of the Forsaken Soul” 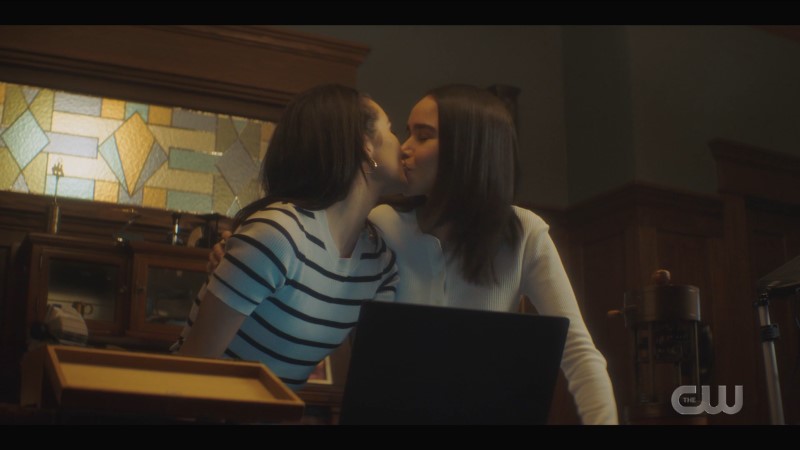 Honestly, having a girlfriend to make me tea while I catalog mystical artifacts is the dream??

Is it me or did the Season Three finale of Nancy Drew seem incredibly frenetic and chaotic? Not necessarily in a bad way but I almost got whiplash because of how much happened so quickly and then unhappened and then happened again. At first I thought maybe their season got cut short and they were trying to shove a lot into one episode but then of course I realized that the first half of the episode, where Nancy killed Temperance and kissed Ace and Ryan died and Bess turned down being the Keeper and George became a lawyer and Nick moved to Florida and Ace died…none of that happened. It was Temperance’s last ditch effort to convince Nancy not to kill her, because she has a curse on her lips that will ensure that Ace will die if Nancy ever acts on her feelings for him.

When time resets and Nancy gets to make the decision again, she spares Temperance to save Ace’s life and her relationship, but when she realizes the tidal wave heading to Horseshoe Bay will kill everyone, she doubles back and sacrifices her chance at a happily ever after with Ace to save the town. She makes sure the shrapnel is out of Ryan’s neck so he survives, and even though she has to shut Ace out, no one in the town dies.

Things shake out a little differently now; Nick isn’t moving, George needs a little more convincing to go to law school, Bess accepts the job at the historical society with her girlfriend Addy by her side. Ace is working at the morgue and Nancy is pushing him away even though she can’t tell him why. Hopefully she eventually remembers that her bff Bess is very good at breaking curses but that’s a problem for season four.

In the meantime, Nancy sets up Nancy Drew Investigations at the manor Temperance left her in her will, and her dad reassures her that you don’t need a soulmate to live a happy life, and also that it’s possible you get more than one. Better to have loved and lost and all that.

Nancy’s first job as an official PI is a doozy, because when she puts on her beanie and gets to the cemetery, she sees that all the bodies are missing. And Nancy is on the case.

Shelli has written 218 articles for us.